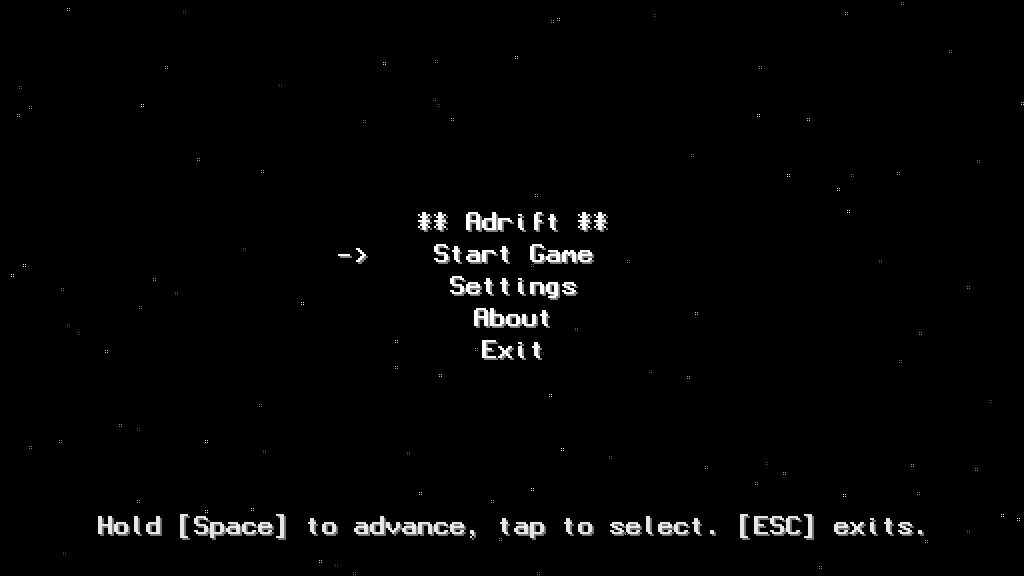 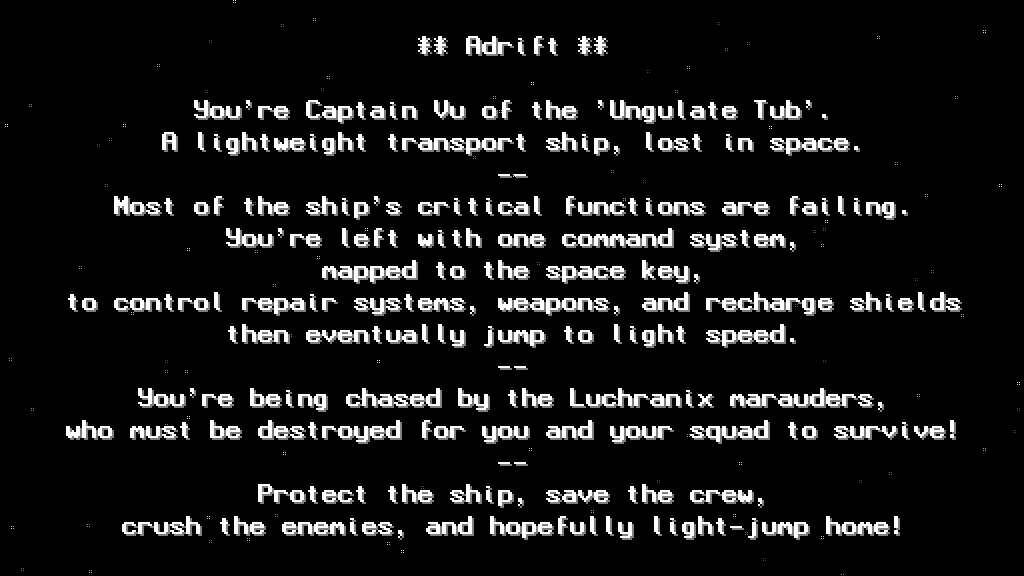 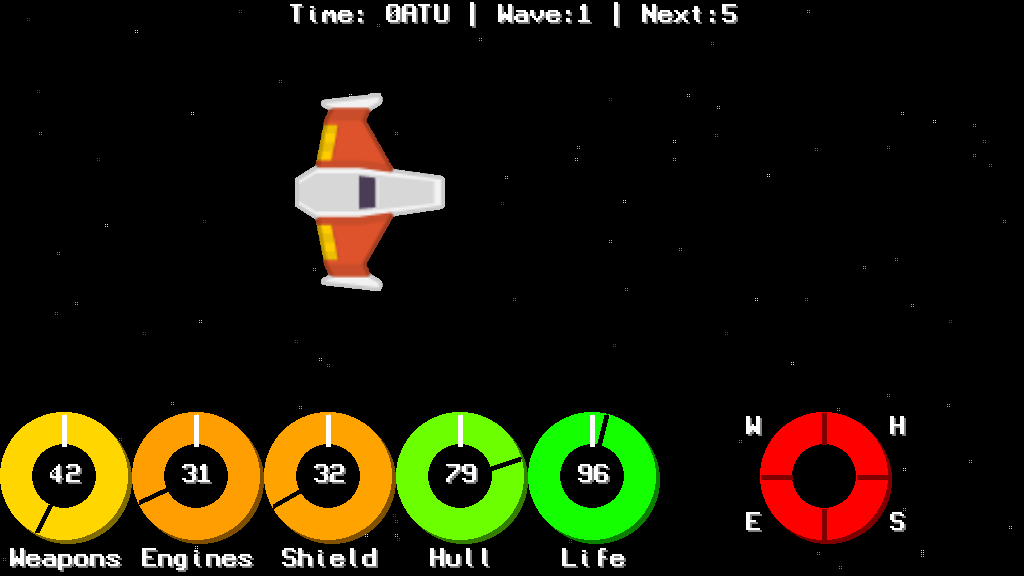 You're Captain Vu of the 'Ungulate Tub'. A lightweight transport ship, lost in space.

Most of the ship's critical functions are failing. You're left with one command system, mapped to the space key, to control repair systems, weapons, and recharge shields then eventually jump to light speed. You're being chased by the Luchranix marauders, who must be destroyed for you and your squad to survive!

Protect the ship, save the crew, crush the enemies, and hopefully light-jump home!

Prototype (i.e. unfinished) game made in BlitzMax-NG for Ubuntu Voltage. This was made for a "game jam", so is missing major components. See https://youtu.be/udyq7-SCJrQ?t=8411 for details. Unfinished means the following major things:

Where people are using Adrift

Install Adrift on your Linux distribution

Is there a problem with Adrift? Report this app