How to install Verifpal
on CentOS 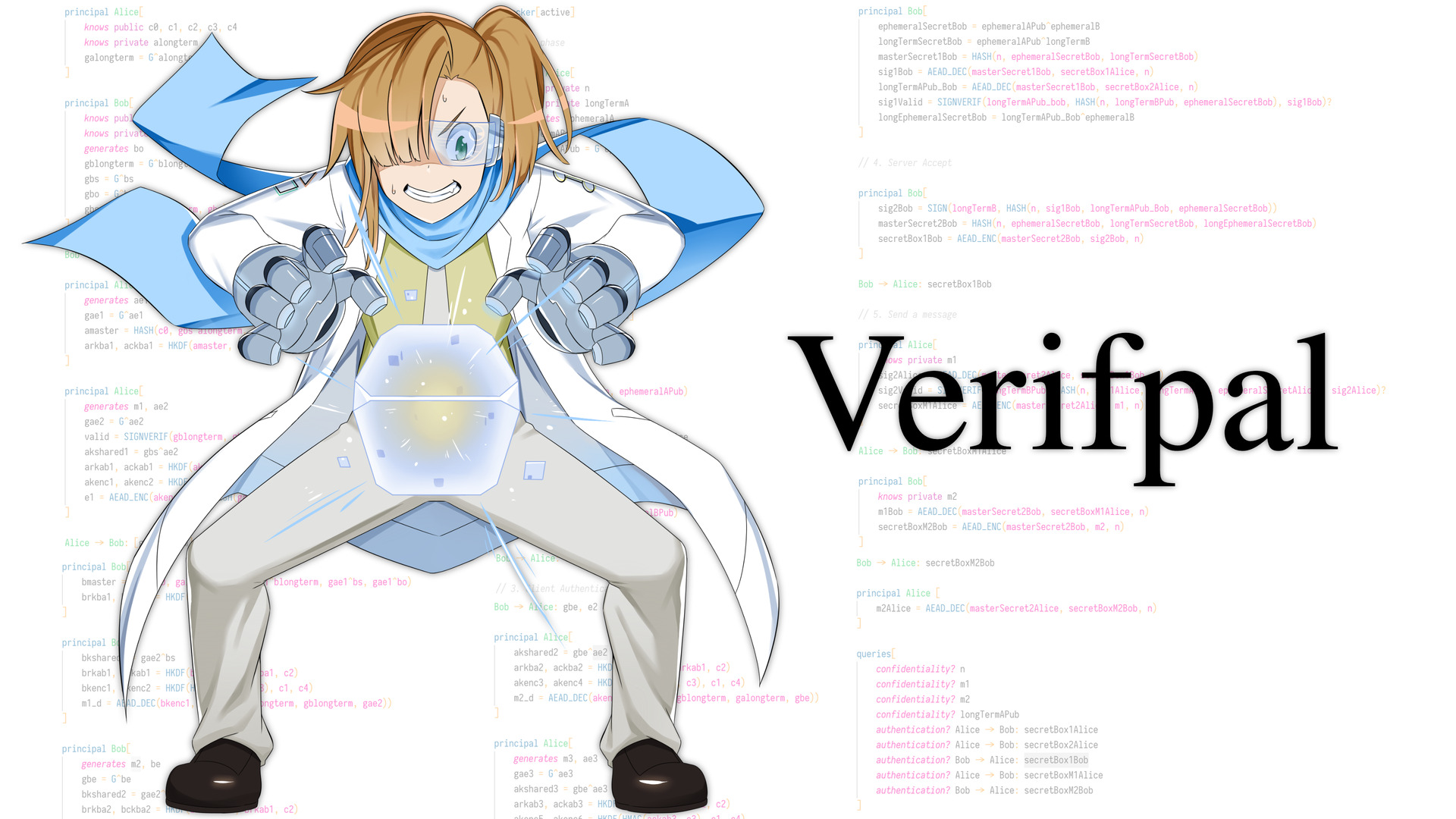 In order to achieve this, Verifpal introduces a new, intuitive language for modeling protocols that is much easier to write and understand than the languages employed by existing tools. At the same time, Verifpal is able to model protocols under an active attacker with unbounded sessions and fresh values, and supports queries for advanced security properties such as forward secrecy or key compromise impersonation.

Verifpal has already been used to verify security properties for Signal, Scuttlebutt, TLS 1.3, Telegram and other protocols. It is a community-focused project, and available under a GPLv3 license.

The Verifpal language is meant to illustrate protocols close to how one may describe them in an informal conversation, while still being precise and expressive enough for formal modeling. Verifpal reasons about the protocol model with explicit principals: Alice and Bob exist and have independent states.

When a contradiction is found for a query, the result is related in a readable format that ties the attack to a real-world scenario. This is done by using terminology to indicate how the attack could have been possible, such as through a man-in-the-middle on ephemeral keys.

Verifpal comes with a Visual Studio Code extension that offers syntax highlighting and, soon, live query verification within Visual Studio Code, allowing developers to obtain insights on their model as they are writing it.

To install Verifpal, simply use the following command:

With OnionShare you can securely and anonymously share files, host websites, and chat with friends using Tor

Newton mail supercharges your email at less than the price of a cup of coffee.