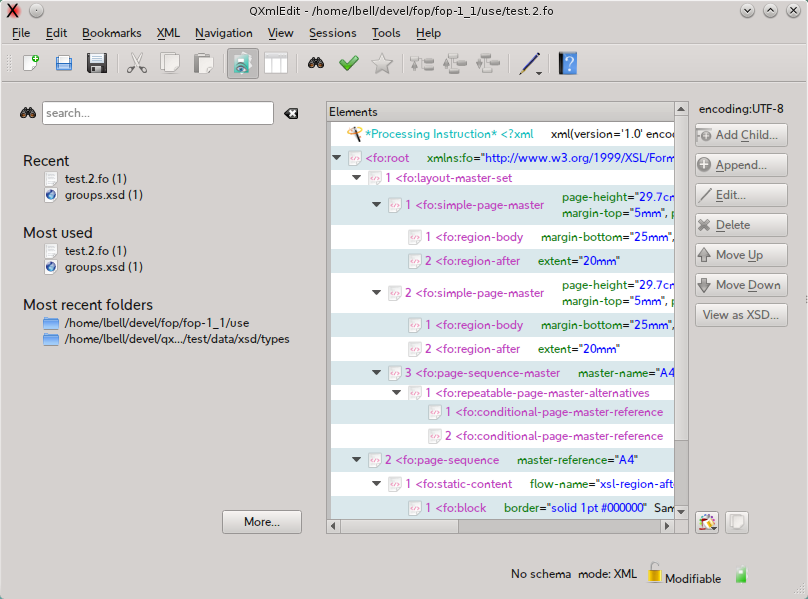 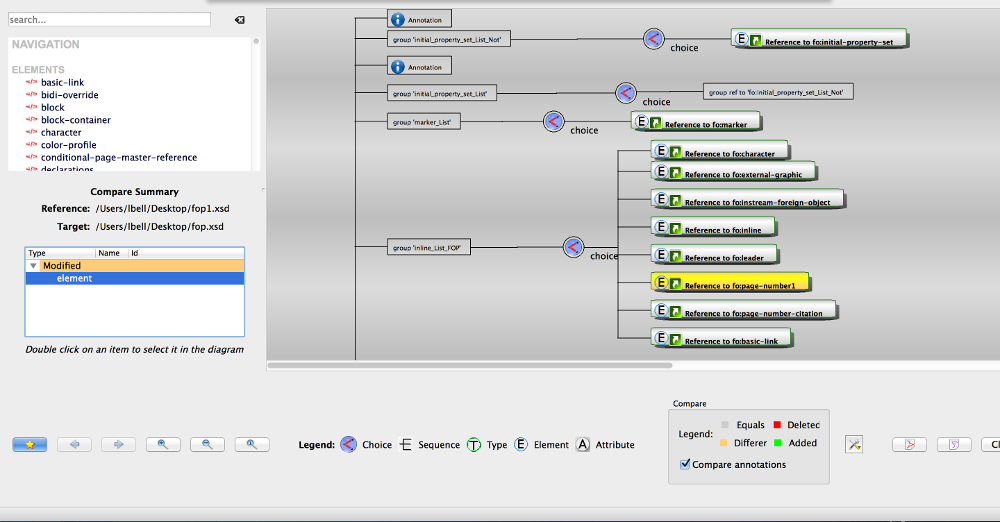 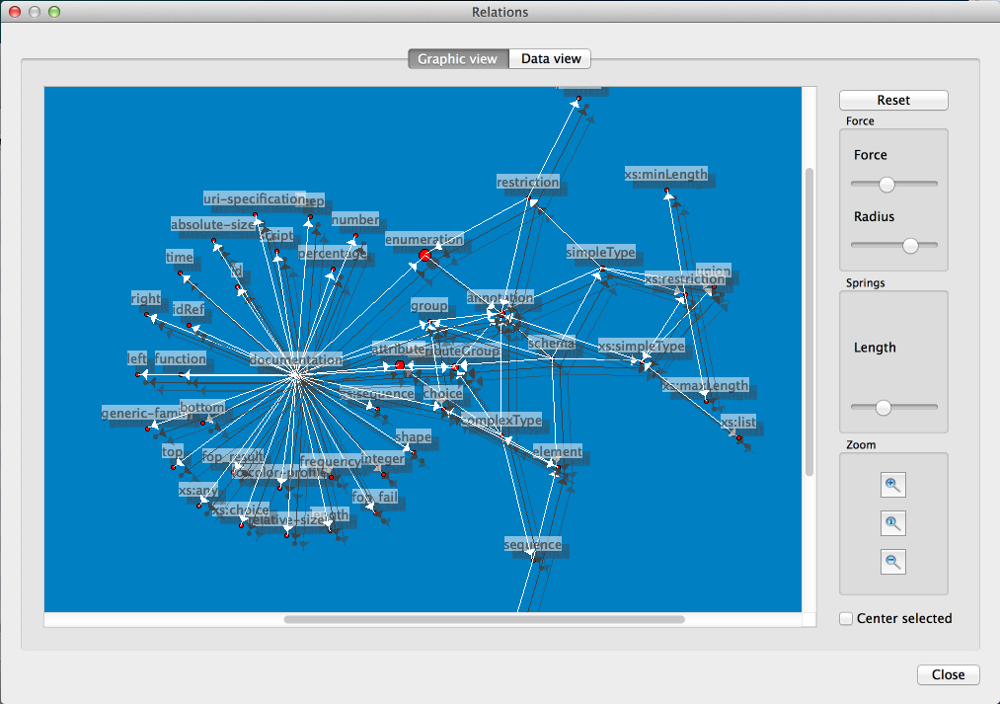 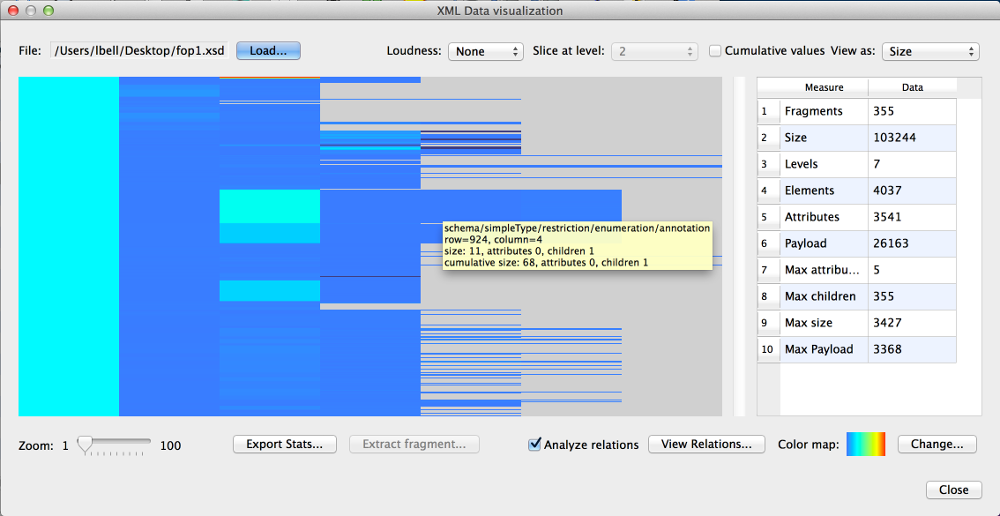 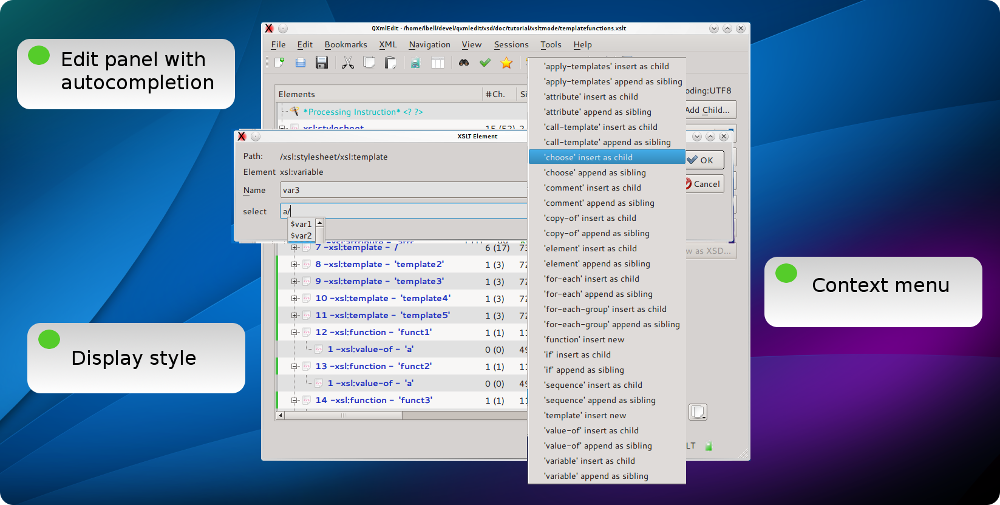 QXmlEdit is a simple XML editor based on Qt libraries.

** NOTE: This project has been made private and all channels closed. An several month attempt was made to find a new maintainer. However the only person that came forth said that they did not plan to do security releases for included packages. The QXmlEdit project currently only releases twice a year so this would not be sufficient to update for security updates. The maintainer of the upstream project has been asked on multiple occasions and is definitely not interested in maintaining the snap nor even in recognizing that it exists on the how to install page for QXmlEdit.

Because of this I have decided to not delete the snap as the other maintainer could fork the github project, register the same name here on Snapcraft.io and the user would not know that the security of their snap had changed. I think it is better when the next release comes out that users will realize that no new updates are coming and install from another source.

I am still willing to transfer the snap to a responsible maintainer. Just contact me.

NOTE: This project is looking for a maintainer to take over the QXmlEdit snap project before the end of March 2021. If no one is found before then, the snap will be removed from the Snap store to avoid security issues. Anyone interested in becoming the maintainer should respond to the [open issue](https://github.com/frederickjh/qxmledit/issues/16) on GitHub.

QXmlEdit is a simple XML editor based on Qt libraries. Its main features are unusual data visualization modes, nice XML manipulation and presentation and it is multi platform. It can split very big XML files into fragments, and compare XML and XSD files. It was born on [Google code](https://code.google.com/p/qxmledit).

Where people are using qxmledit

Install qxmledit on your Linux distribution

Is there a problem with qxmledit? Report this app