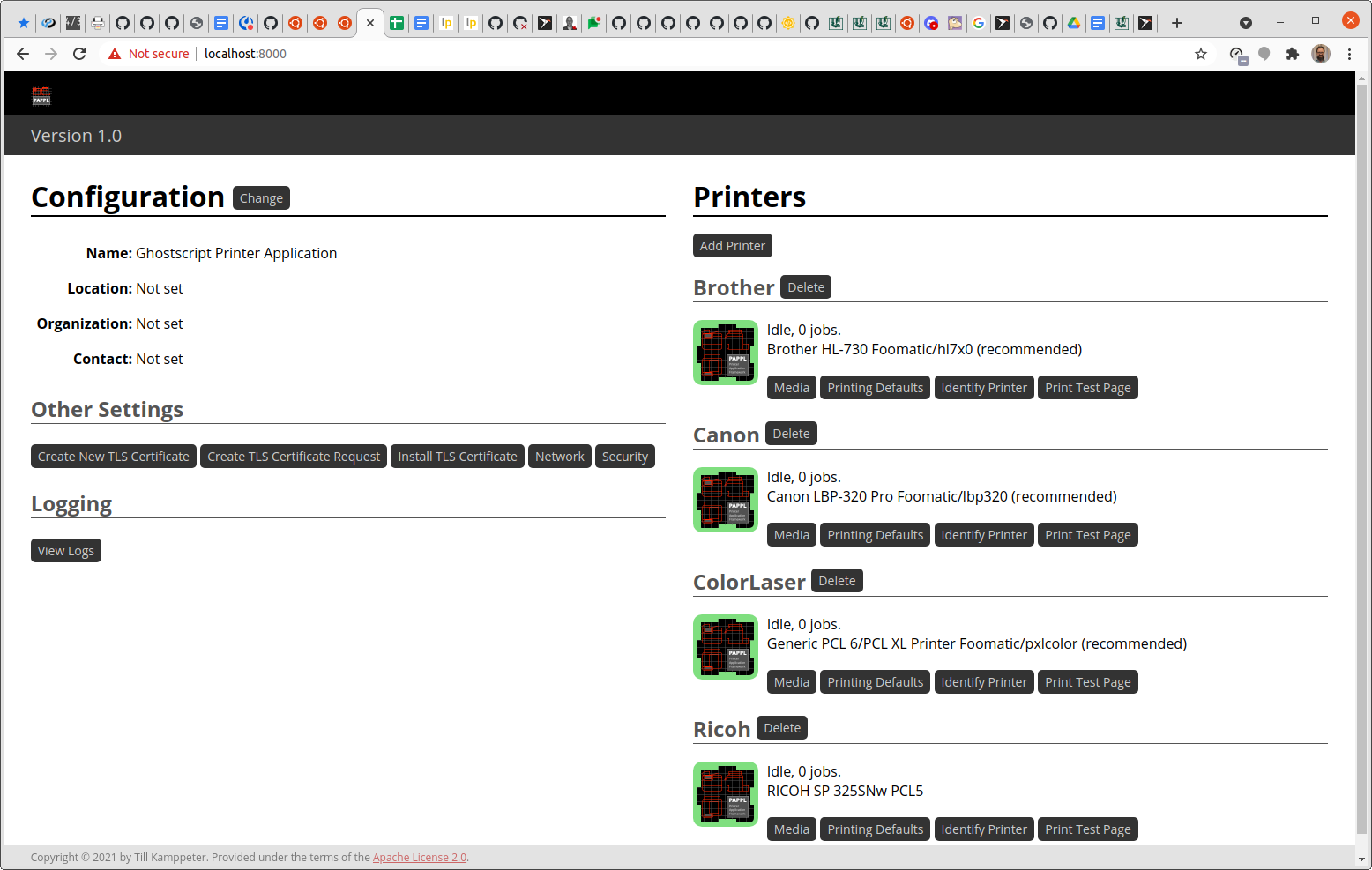 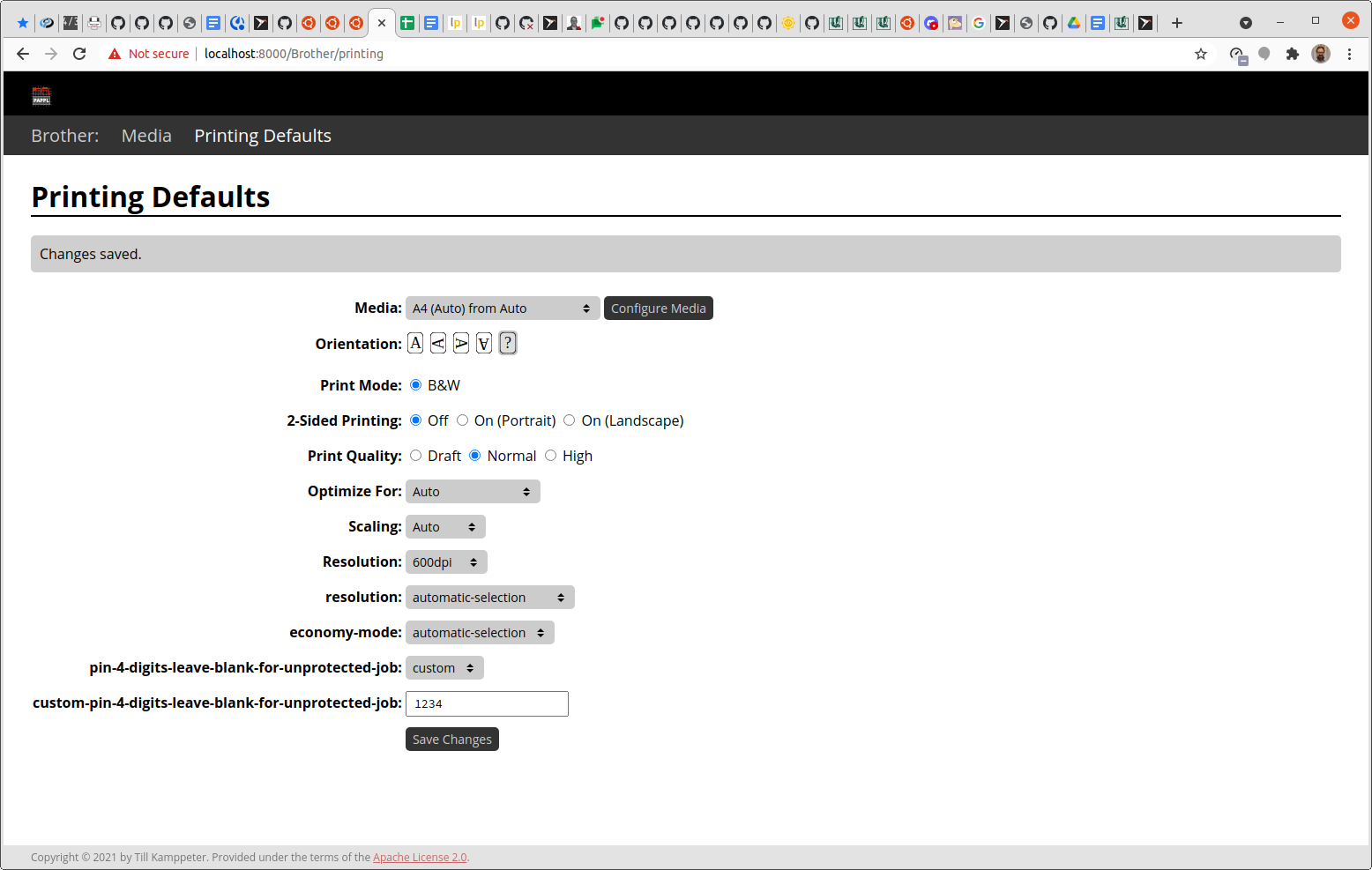 If you want to use an (older) printer which is not a modern driverless IPP printer then this might be the right Printer Application for you.

It supports ~5000 different printer models, mainly with drivers from the well-known Ghostscript (http://www.ghostscript.com/) but also several others (SpliX, foo2zjs, brlaser, c2esp, oki, fxlinuxprint, pnm2ppa, ptouch, dymo, ...). The printer model support is based on OpenPrinting's printer support database (http://www.openprinting.org/printers/). Especially many standard laser (PCL 6/XL, PCL 5c/e, PCL4) and dot matrix (ESC/P, OKI, IBM, ...) but also many printers with proprietary print data formats are supported. There are not only model-specific entries to choose from, but also generic entries for the common formats for the case your printer is not explicitly listed.

Practically all non-driverless printers for which there are free software printer drivers available and which are not covered by the other Printer Applications (https://snapcraft.io/search?q=OpenPrinting) are supported by this Printer Application.

To install ghostscript-printer-app, simply use the following command: