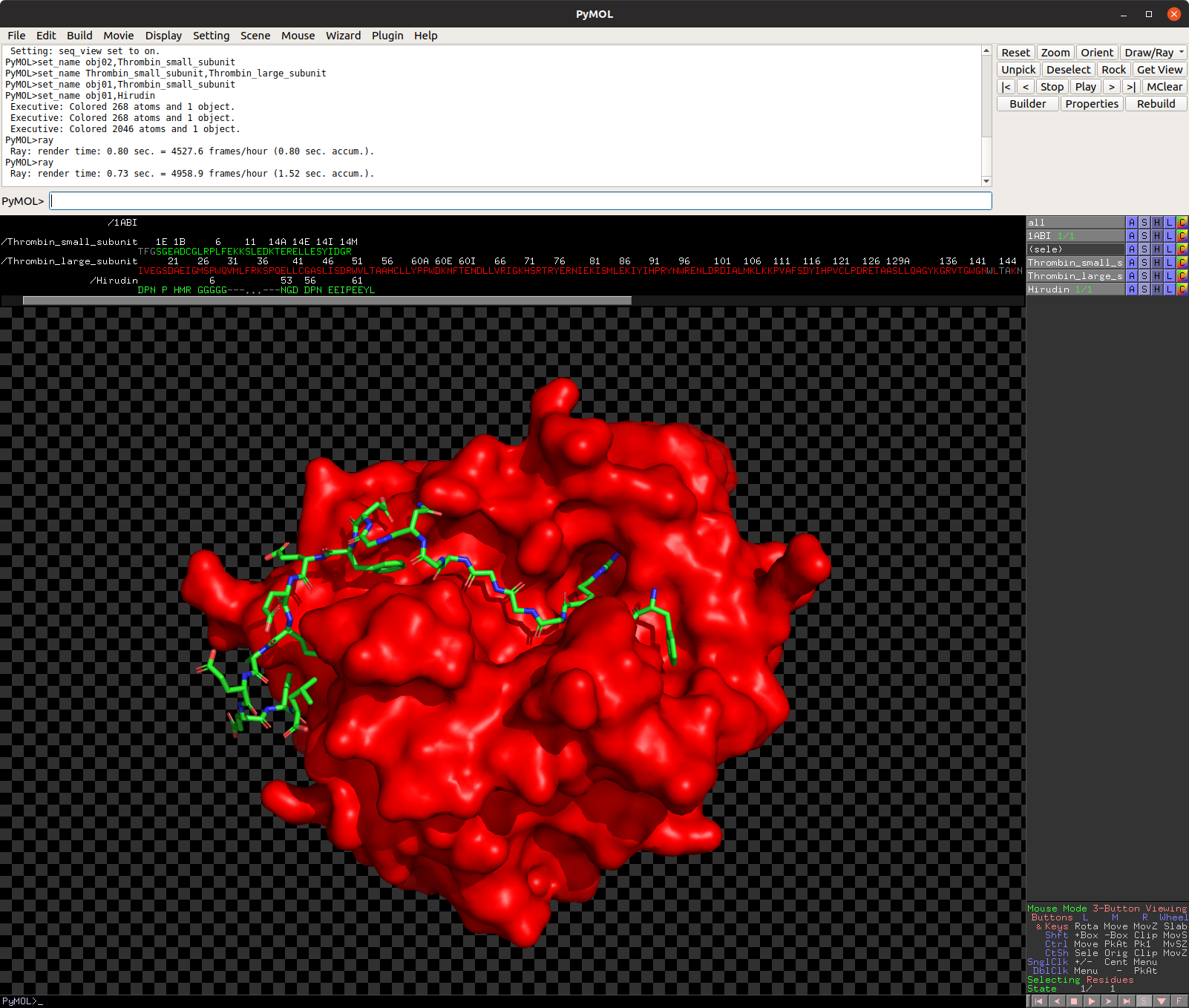 PyMOL is a molecular visualization system.

PyMOL is computer software, a molecular visualization system created by Warren Lyford DeLano. It is user-sponsored, open-source software, released under the Python License. It was commercialized initially by DeLano Scientific LLC, which was a private software company dedicated to creating useful tools that become universally accessible to scientific and educational communities. It is currently commercialized by Schrödinger, Inc. PyMOL can produce high-quality 3D images of small molecules and biological macromolecules, such as proteins. According to the original author, by 2009, almost a quarter of all published images of 3D protein structures in the scientific literature were made using PyMOL.

This is the Open Source version of PyMOL. The source code is availabe on GitHub:

The commercial version with additional features is available on "https://pymol.org".

To install pymol-oss, simply use the following command: