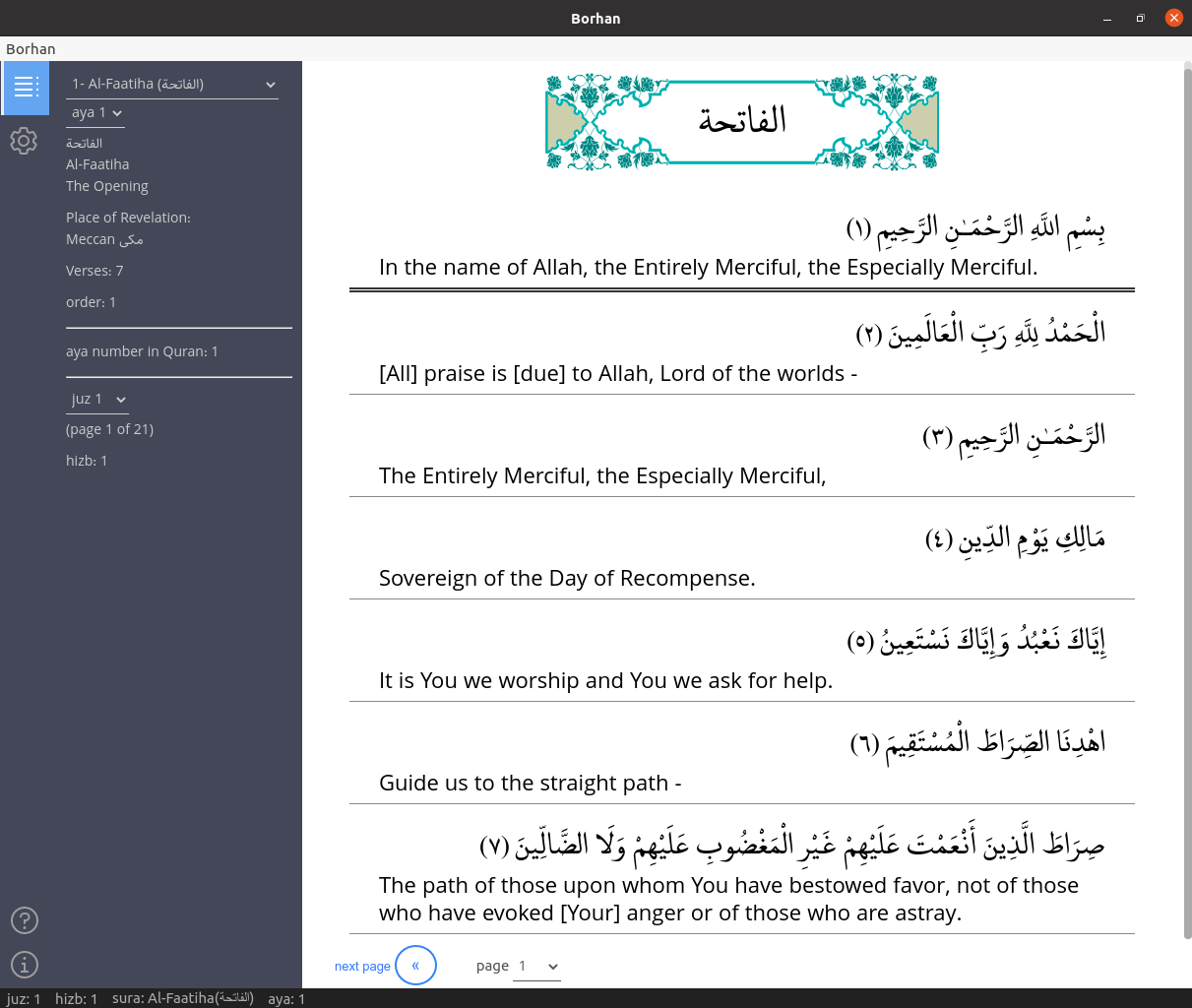 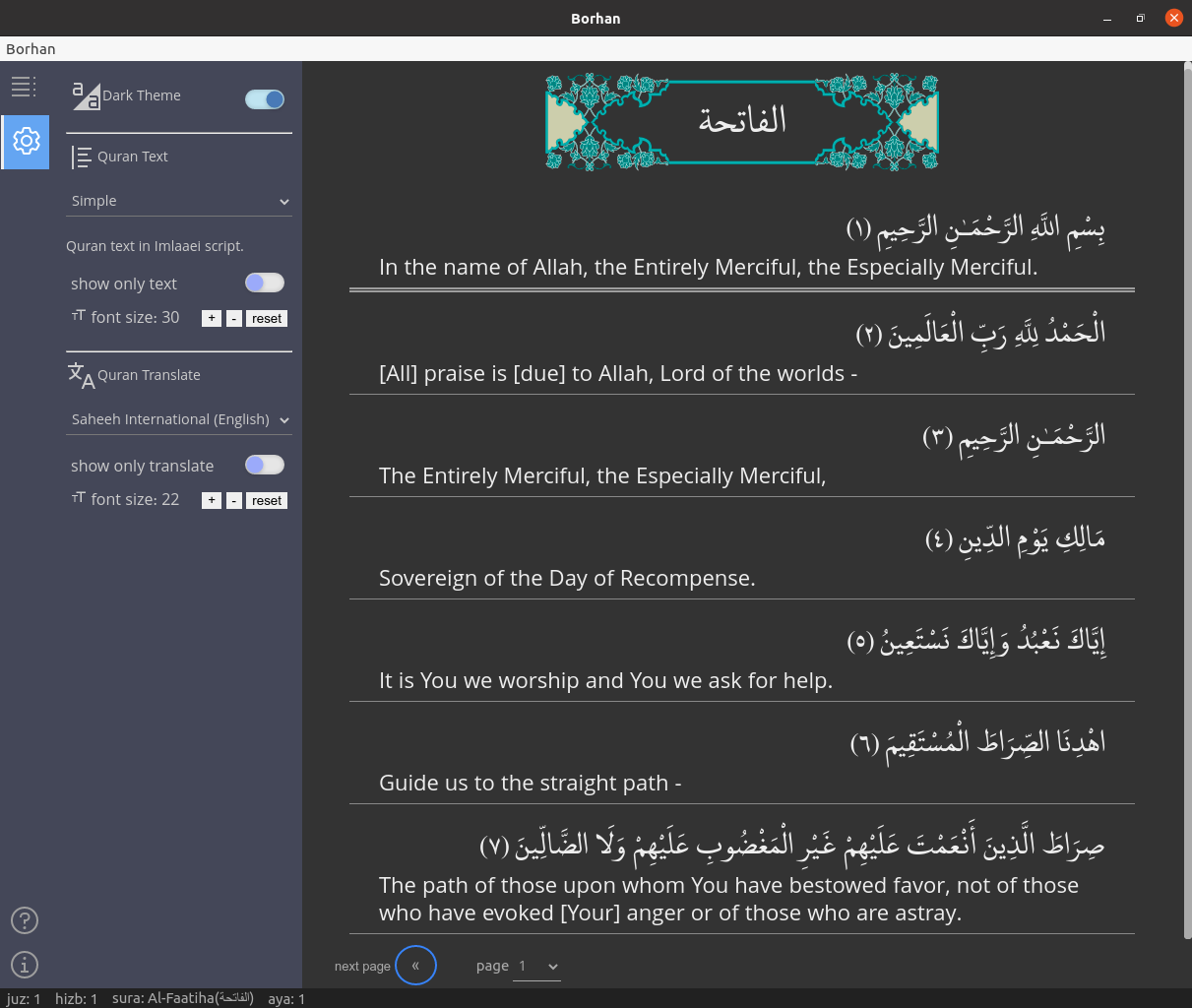 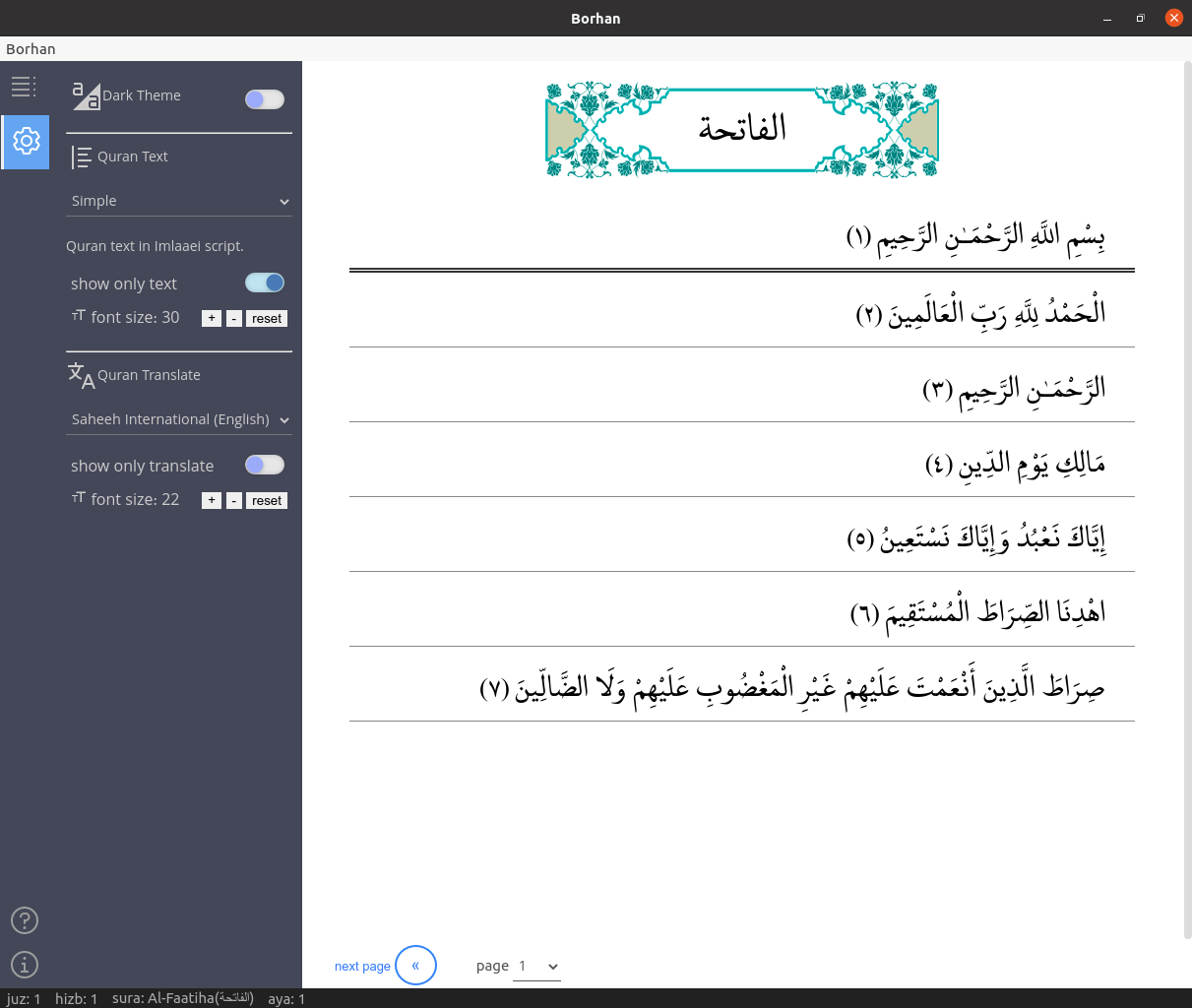 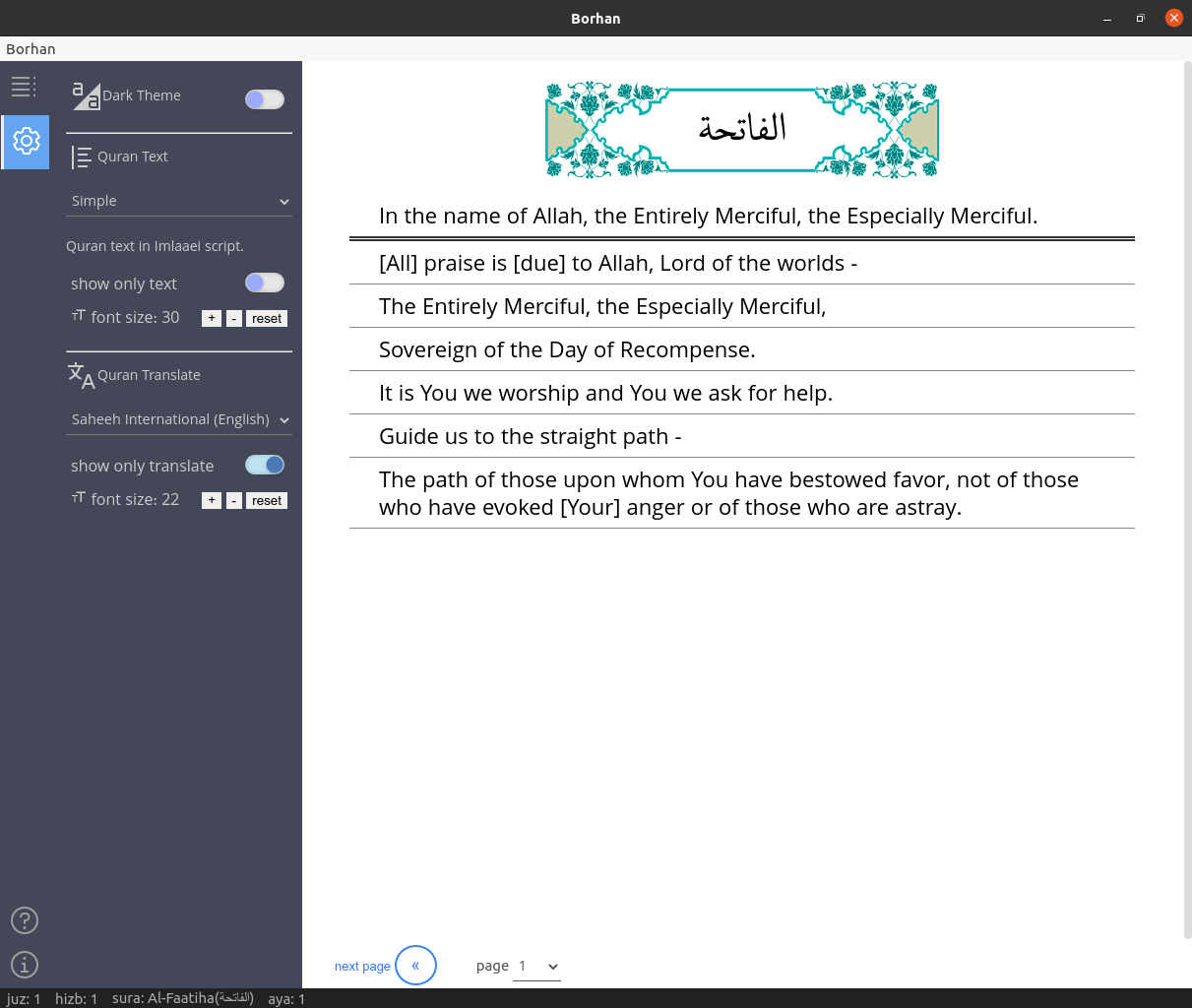 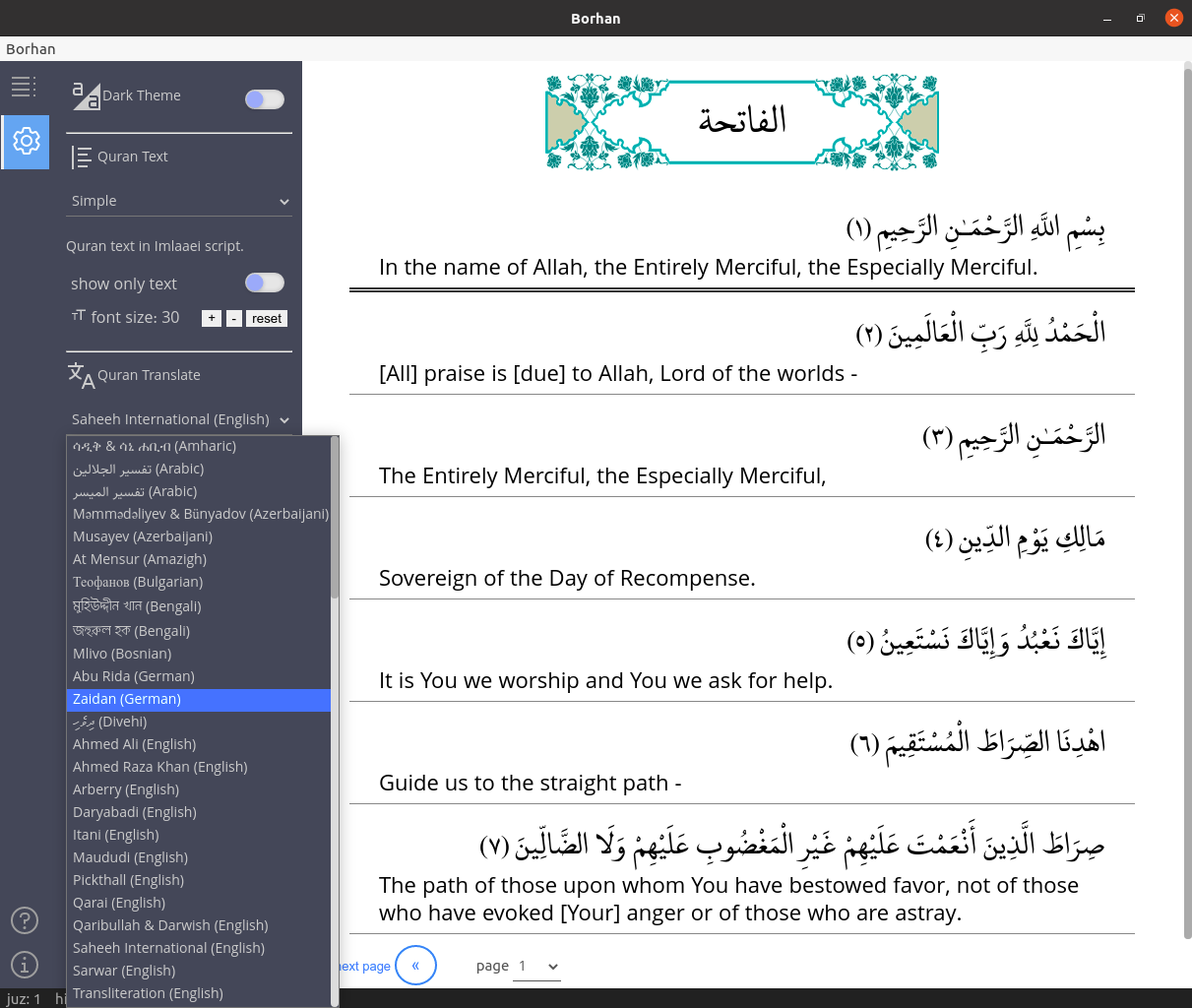 The text of the Quran and its various translations

Say: "We believe in God and what has been sent down to us, and what had been revealed to Abraham and Ishmael and Isaac and Jacob and their progeny, and that which was given to Moses and Christ, and to all other prophets by the Lord. We make no distinction among them, and we submit to Him."

Translations and interpretations are available in these languages:

Where people are using Borhan

Install Borhan on your Linux distribution

Is there a problem with Borhan? Report this app