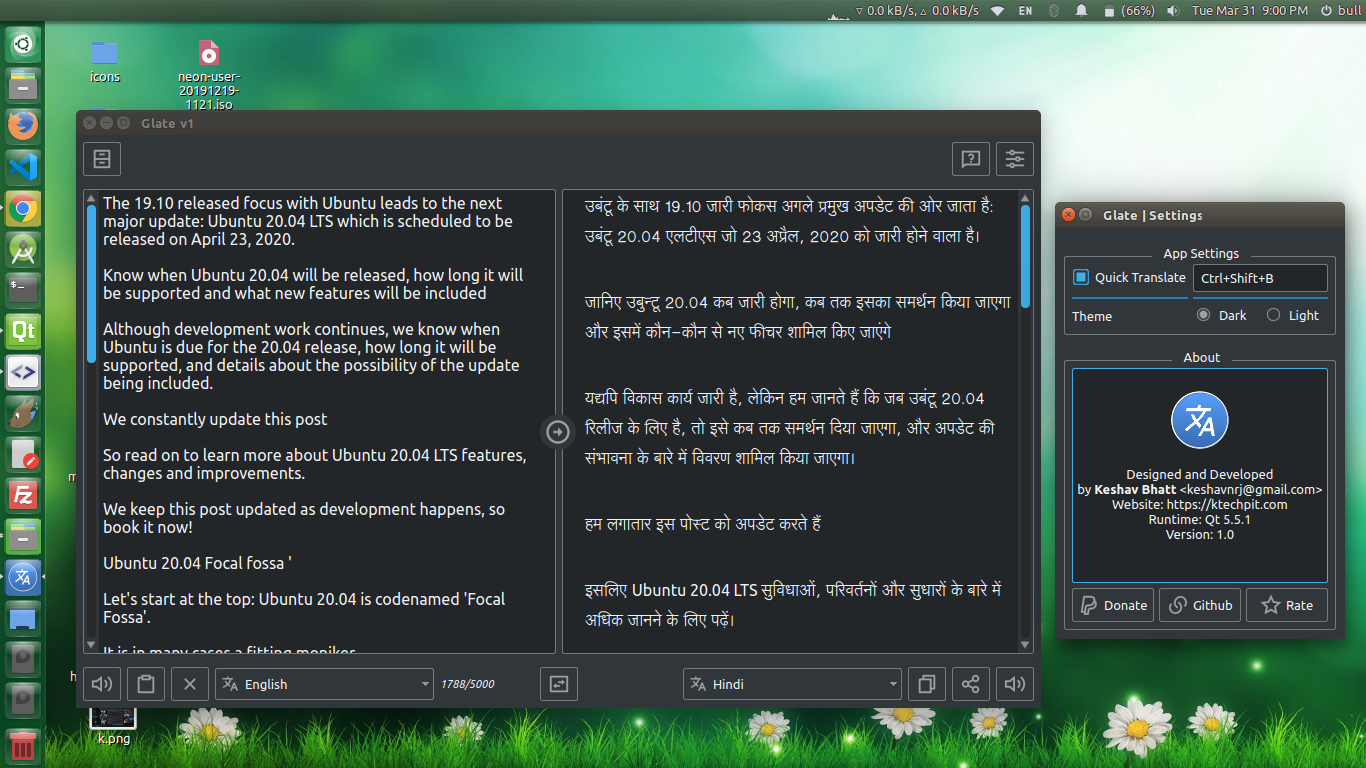 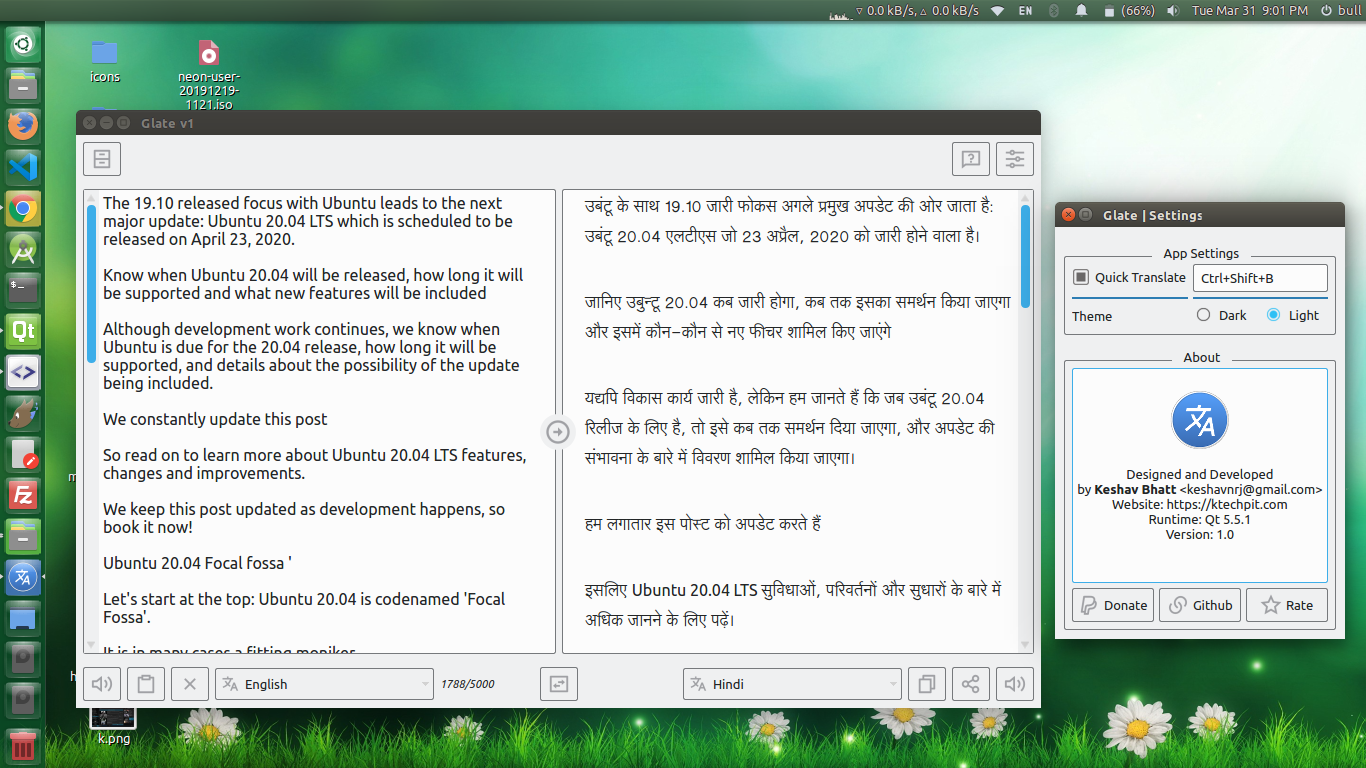 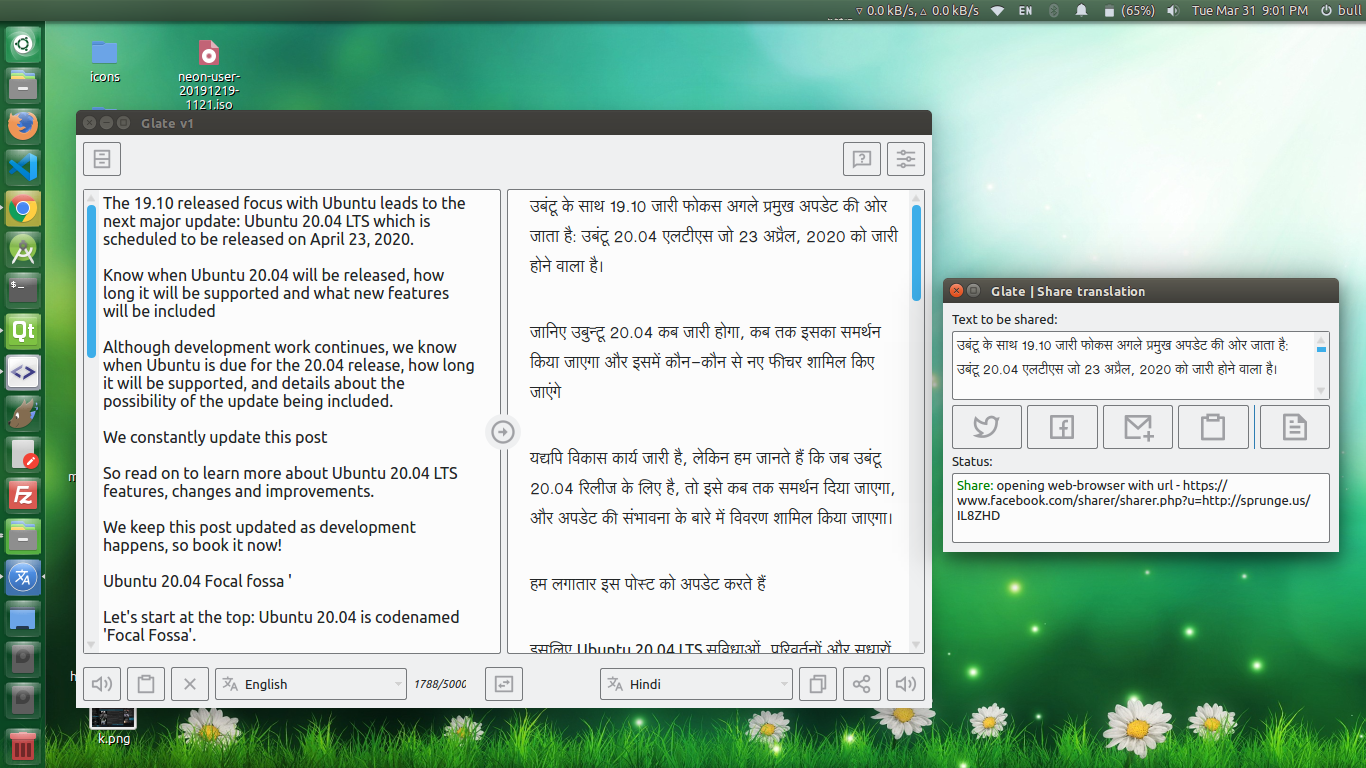 Galte is a neat, simple yet feature rich, Google Translator and Text to speech synthesizer for Linux Desktop Platform.

Install Glate - Translation/Text to Speech tool on your Linux distribution

Is there a problem with Glate - Translation/Text to Speech tool? Report this app