How to install Scratux
on Arch Linux 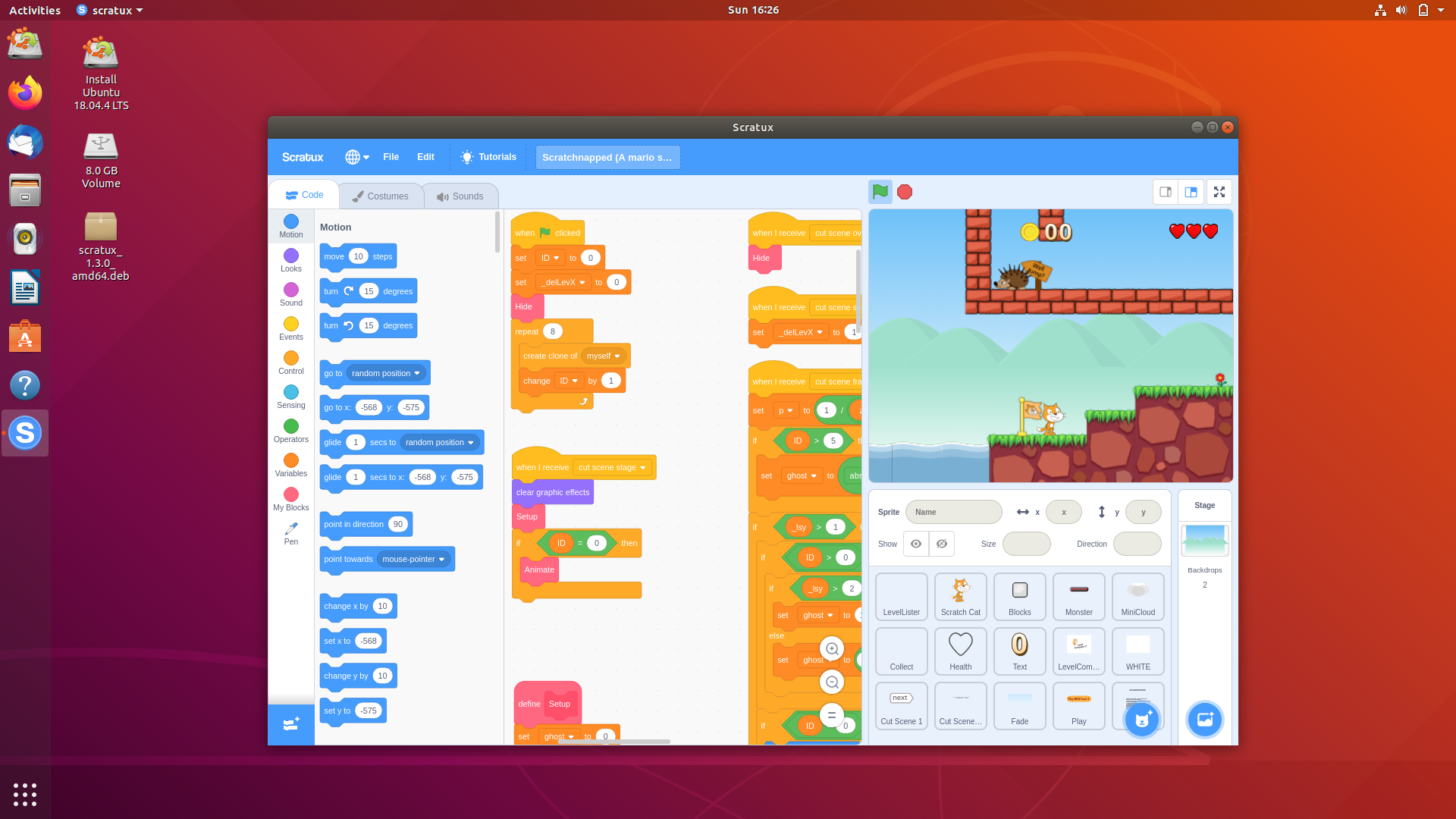 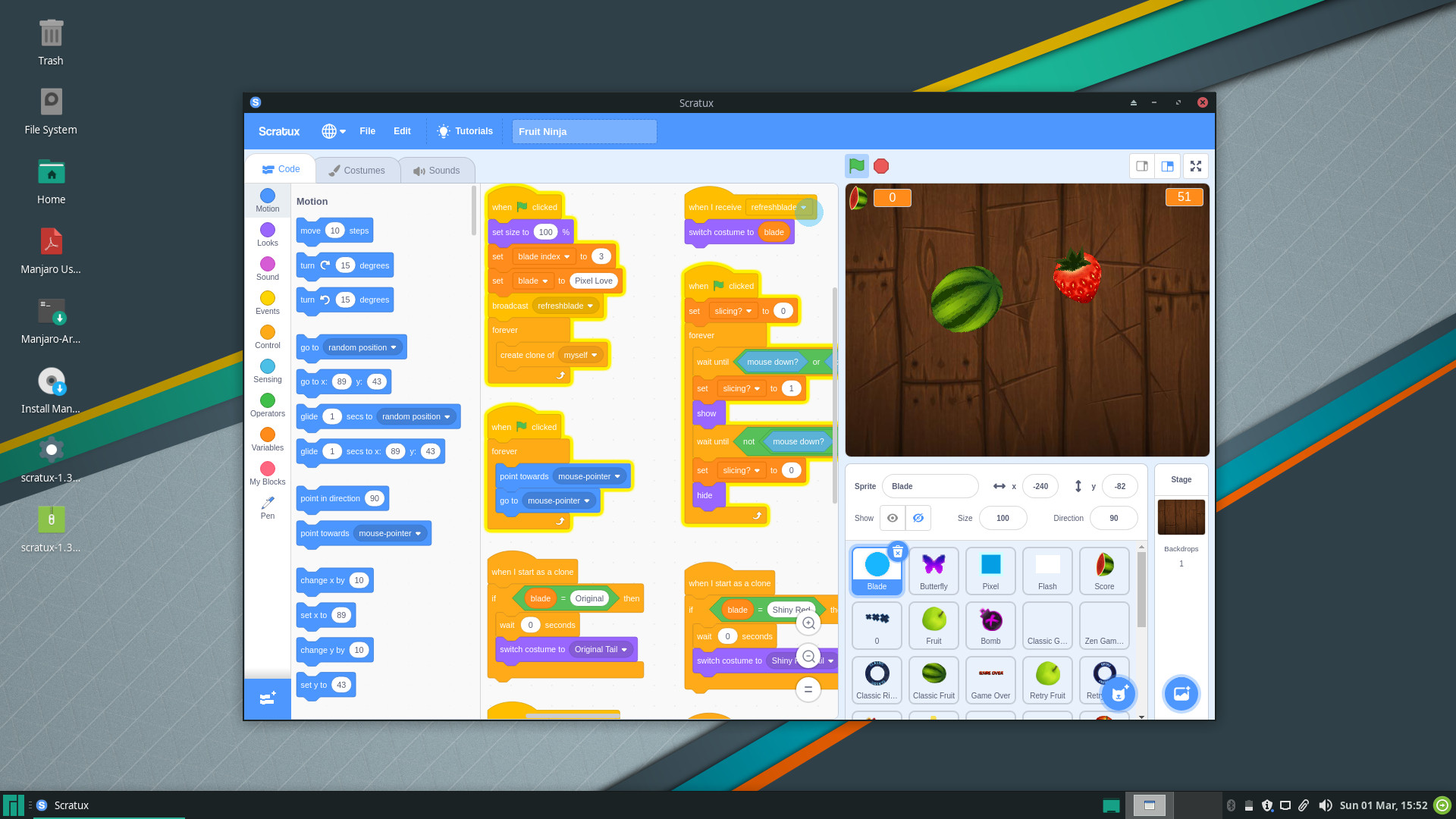 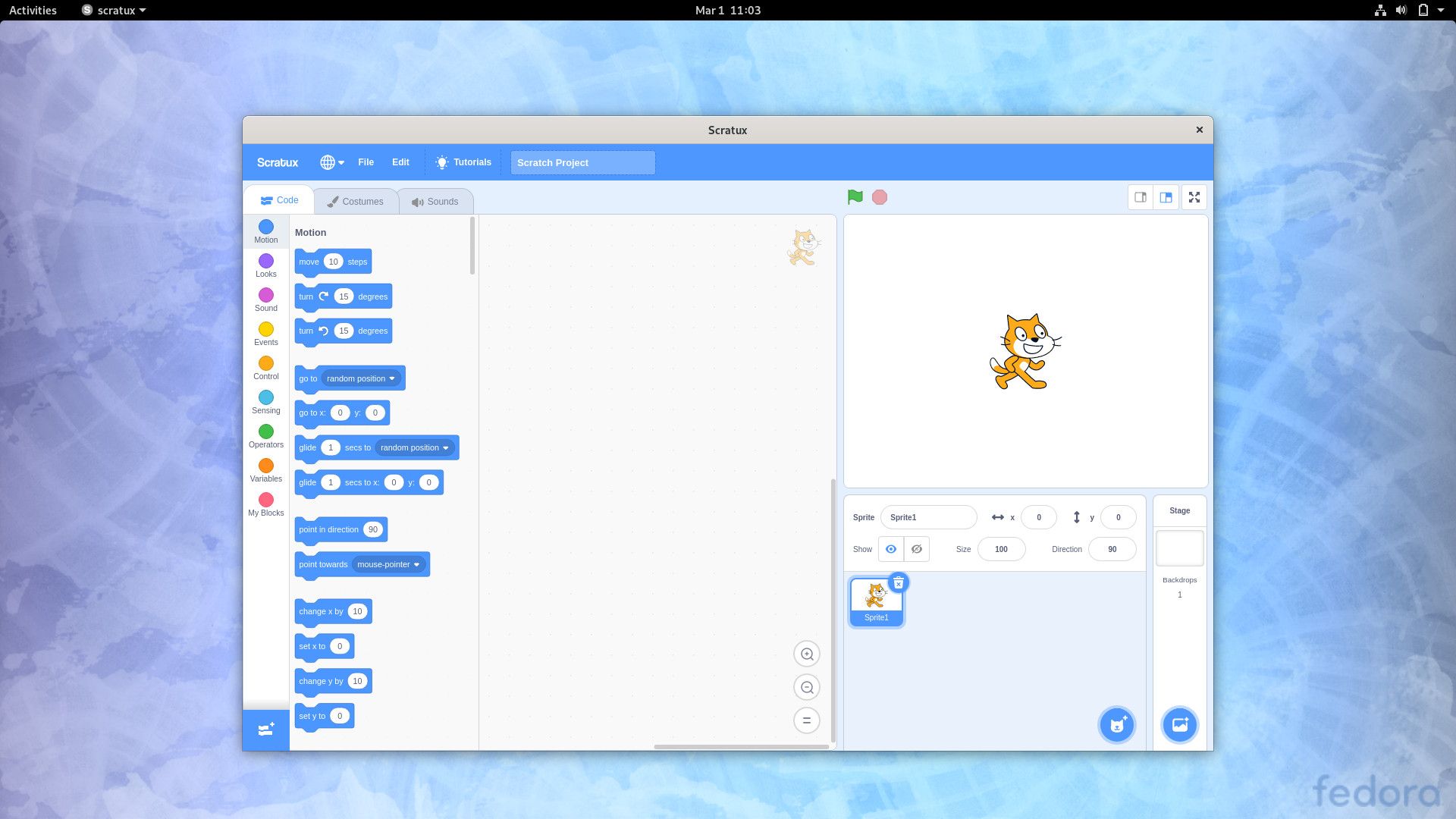 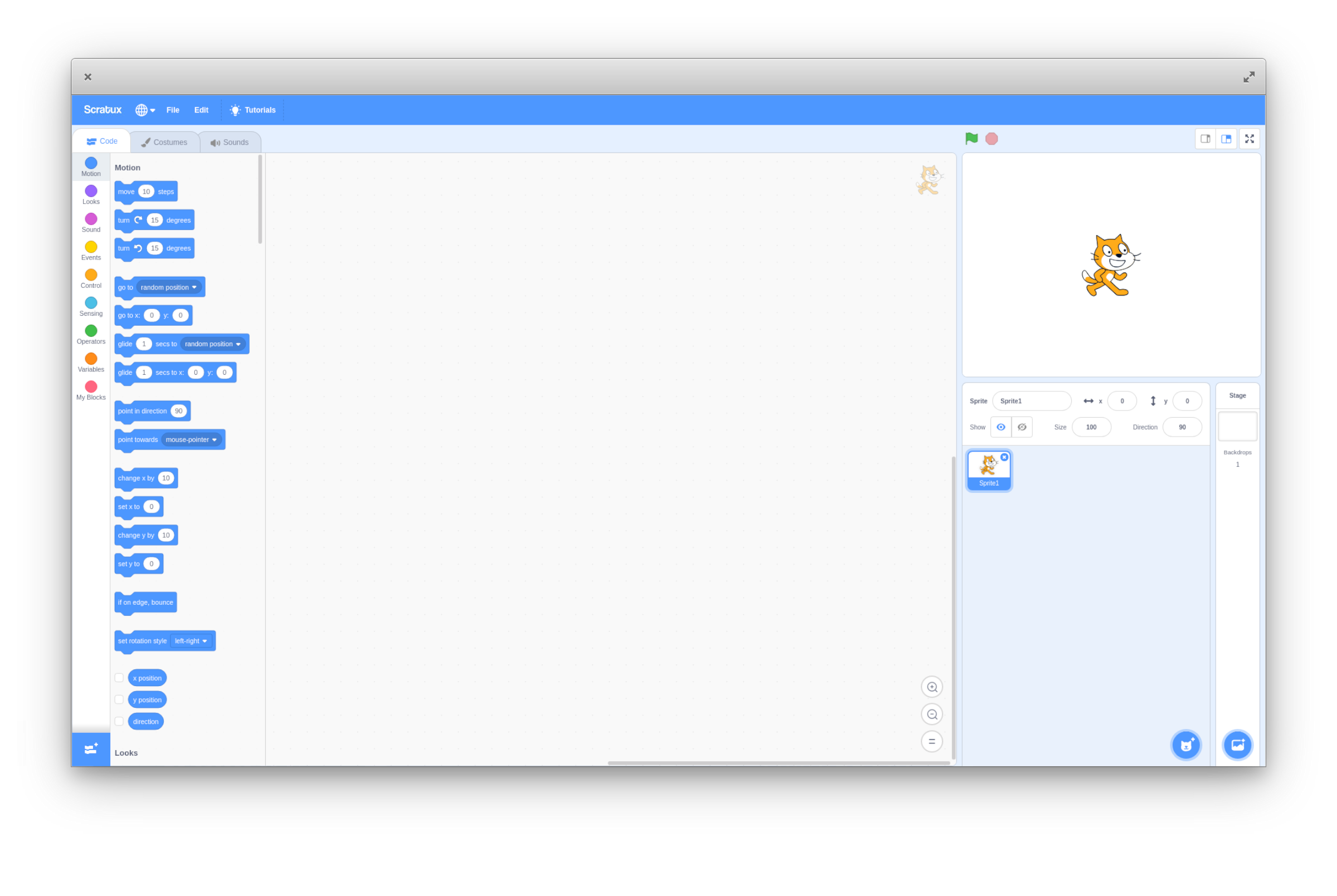 Scratux is built-in different languages and is always based on the latest stable Scratch release. (Currently Scratch 3.8.0)

To install Scratux, simply use the following command:

Write code and upload it to your Arduino-compatible board.