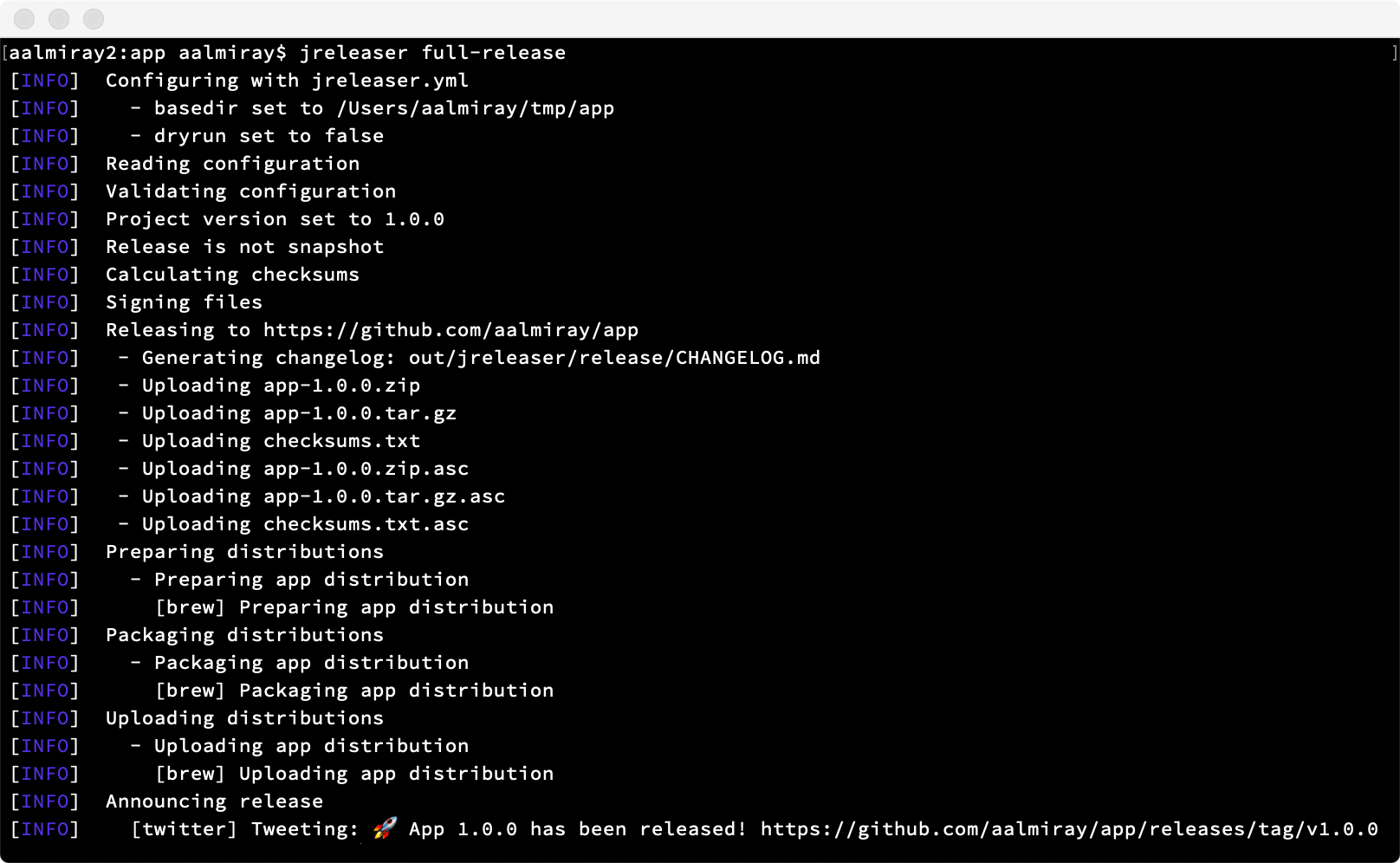 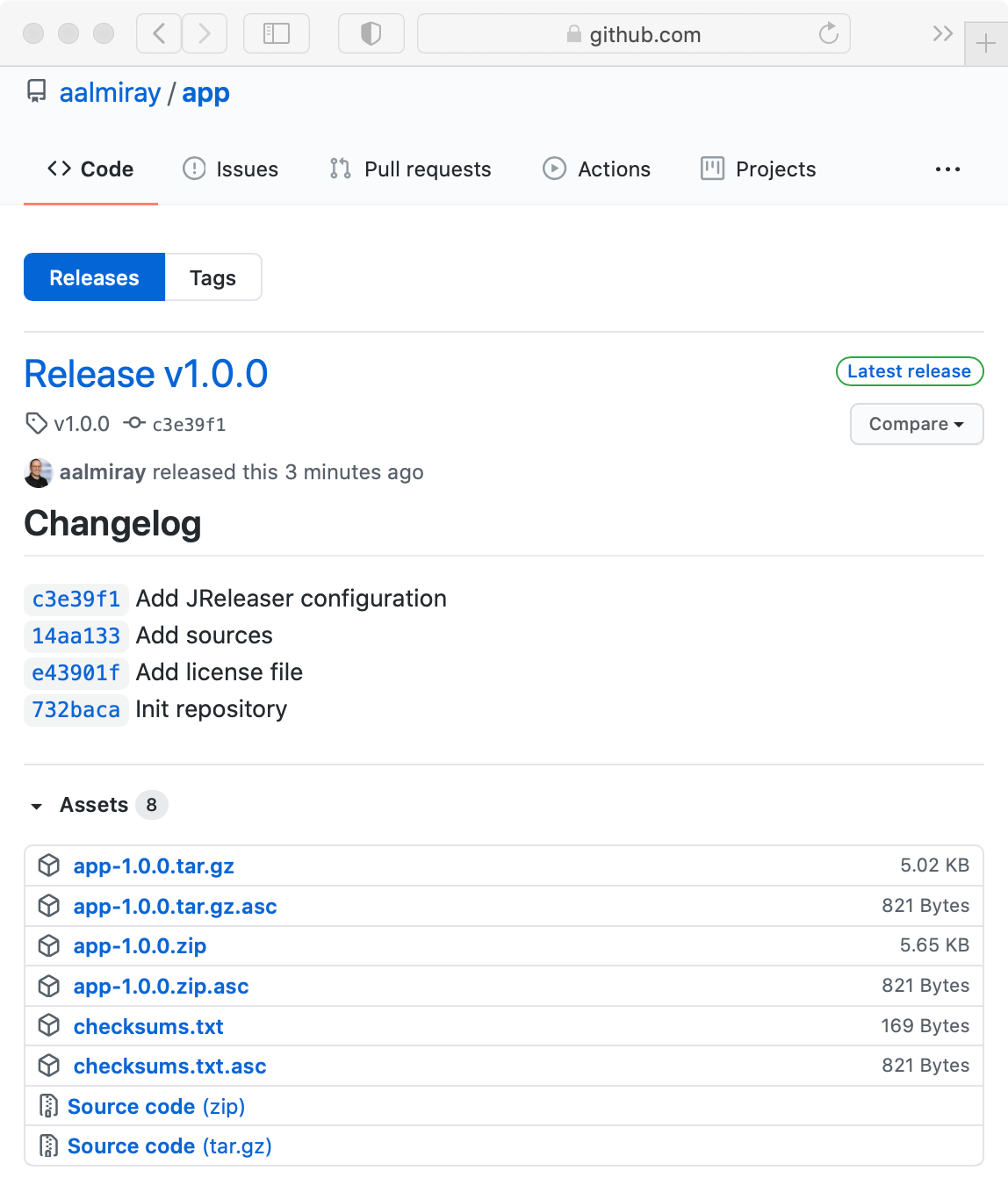 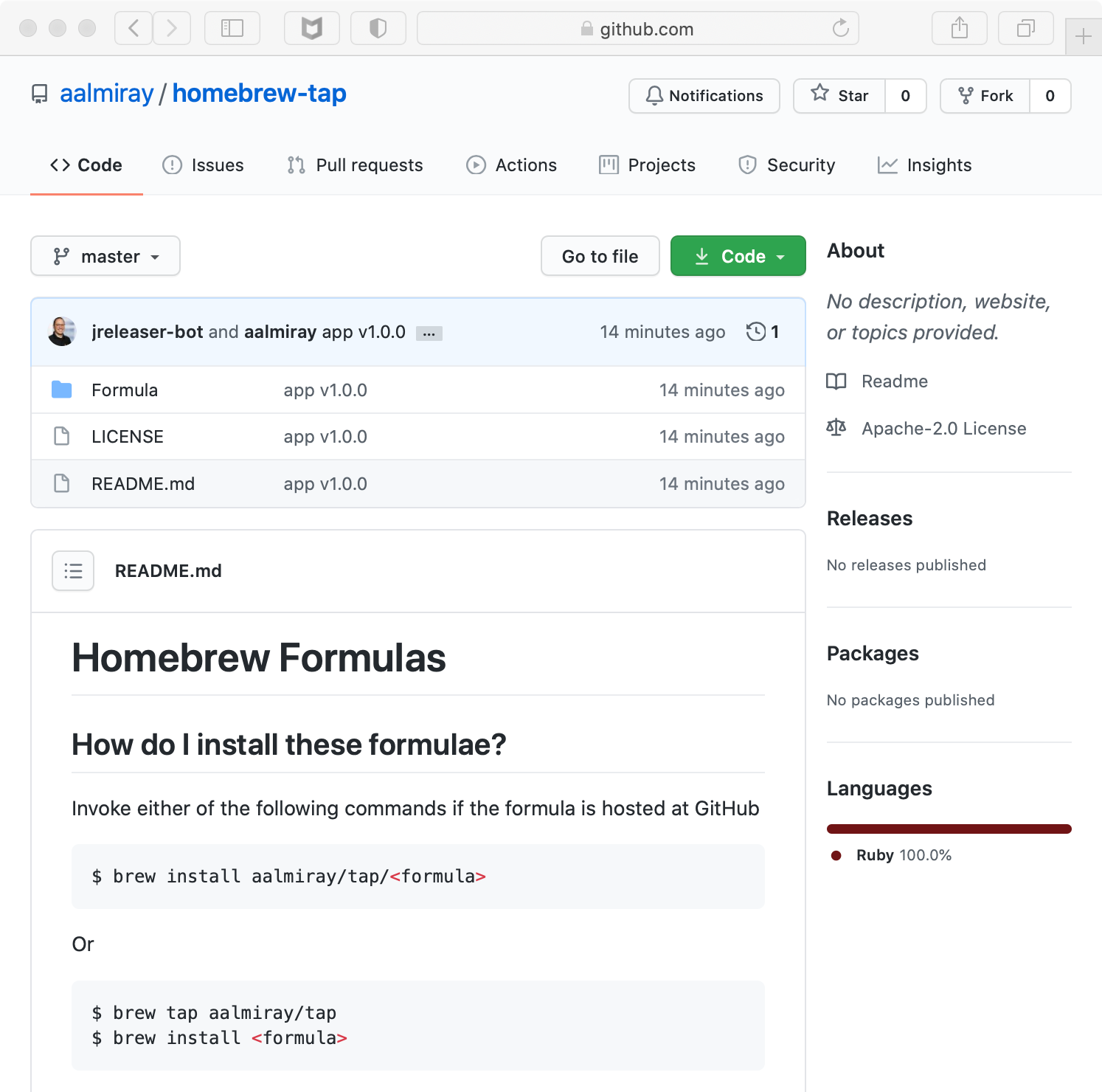 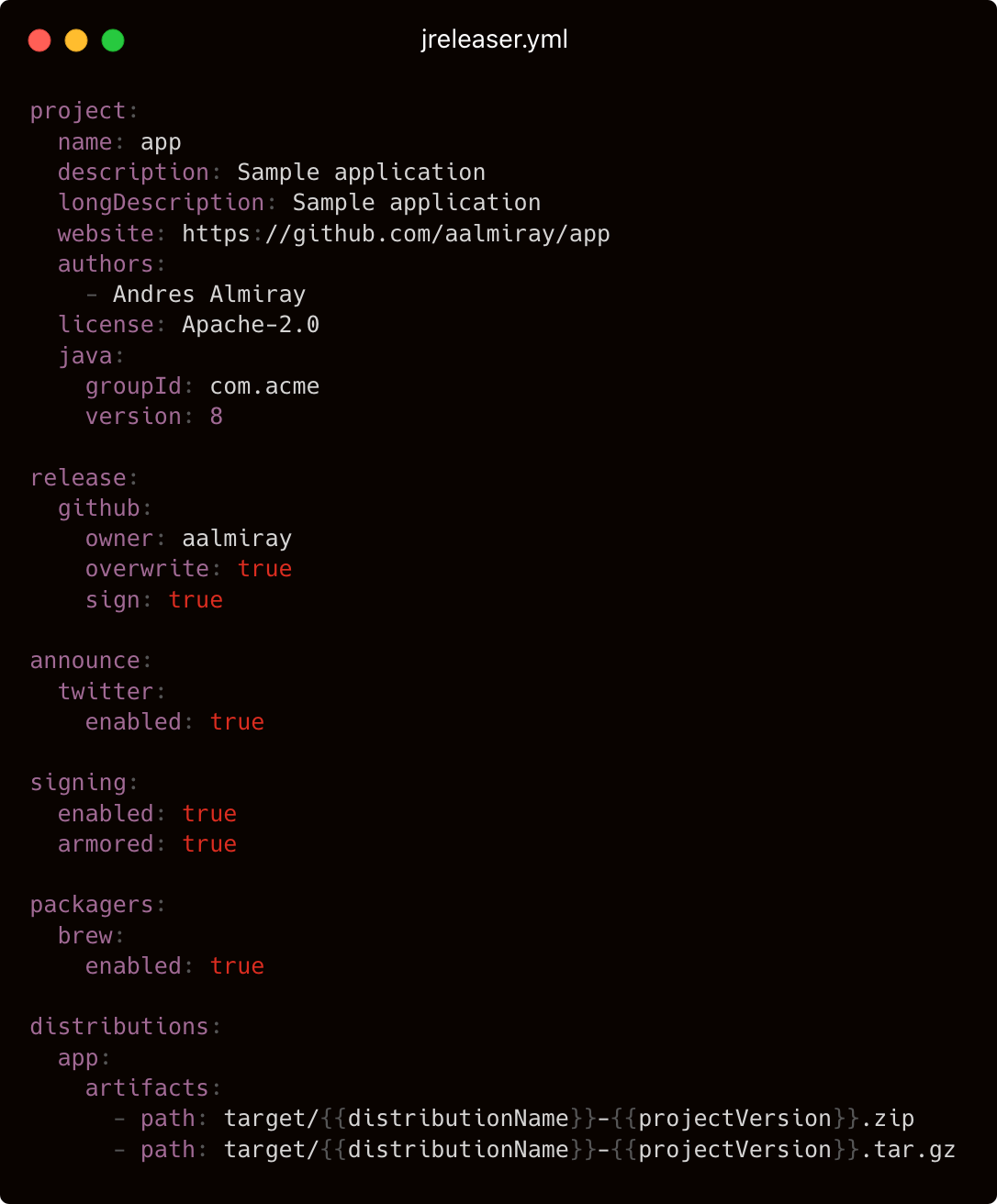 JReleaser is a release automation tool for Java projects. Its goal is to simplify creating releases and publishing artifacts to multiple package managers while providing customizable options.

JReleaser takes inputs from popular builds tools (Ant, Maven, Gradle) such as JAR files, binary distributions (.zip, .tar), JLink images, or any other file that you’d like to publish as a Git release on popular Git services such as Github or Gitlab. Distribution files can additionally be published to be consumed by popular package managers as Homebrew, Snapcraft, or get ready to be launched via Jbang. Releases may be announced in a variety of channels such as Twitter, Zulip, or SDKMAN!

Where people are using JReleaser

Install JReleaser on your Linux distribution

Is there a problem with JReleaser? Report this app