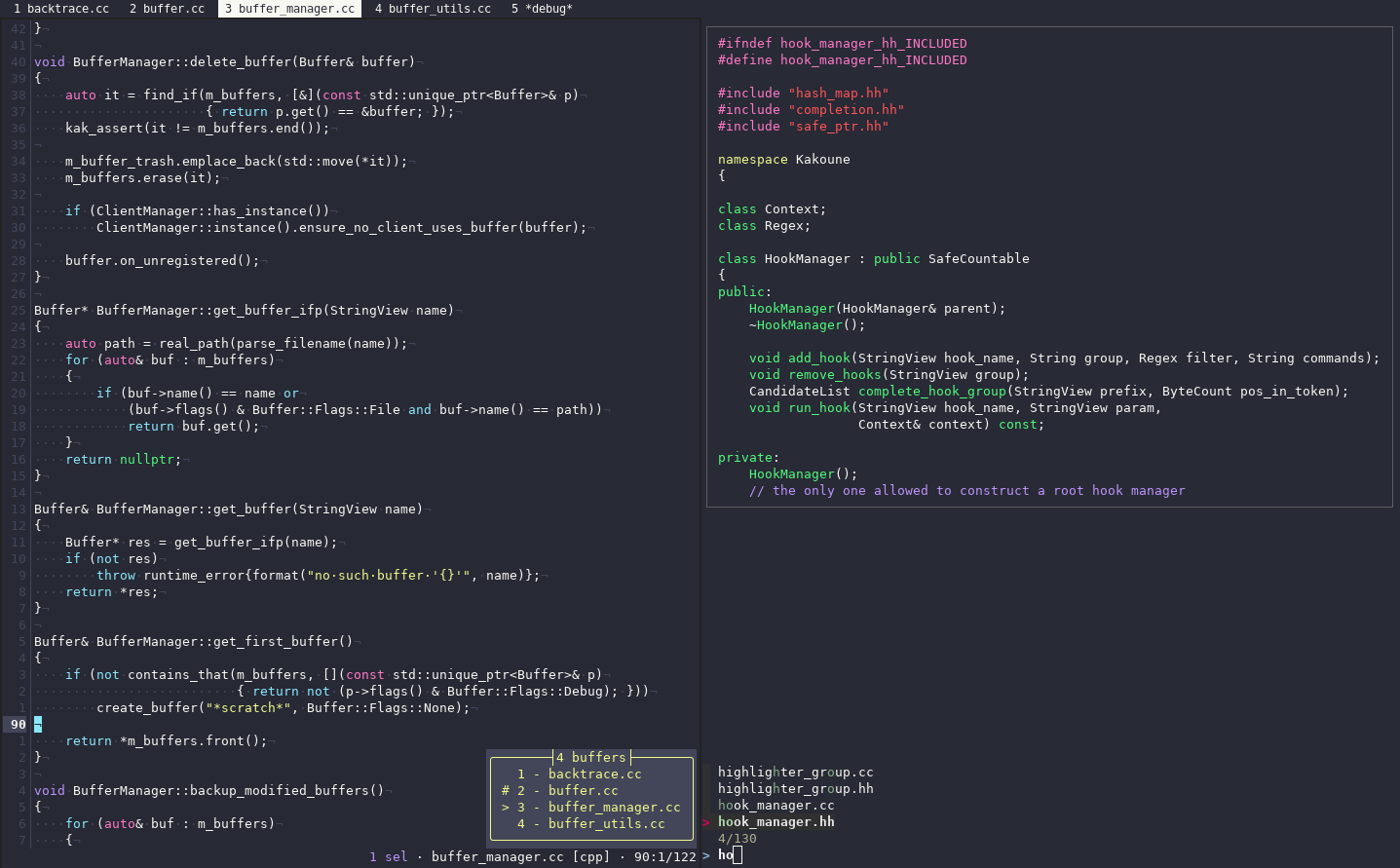 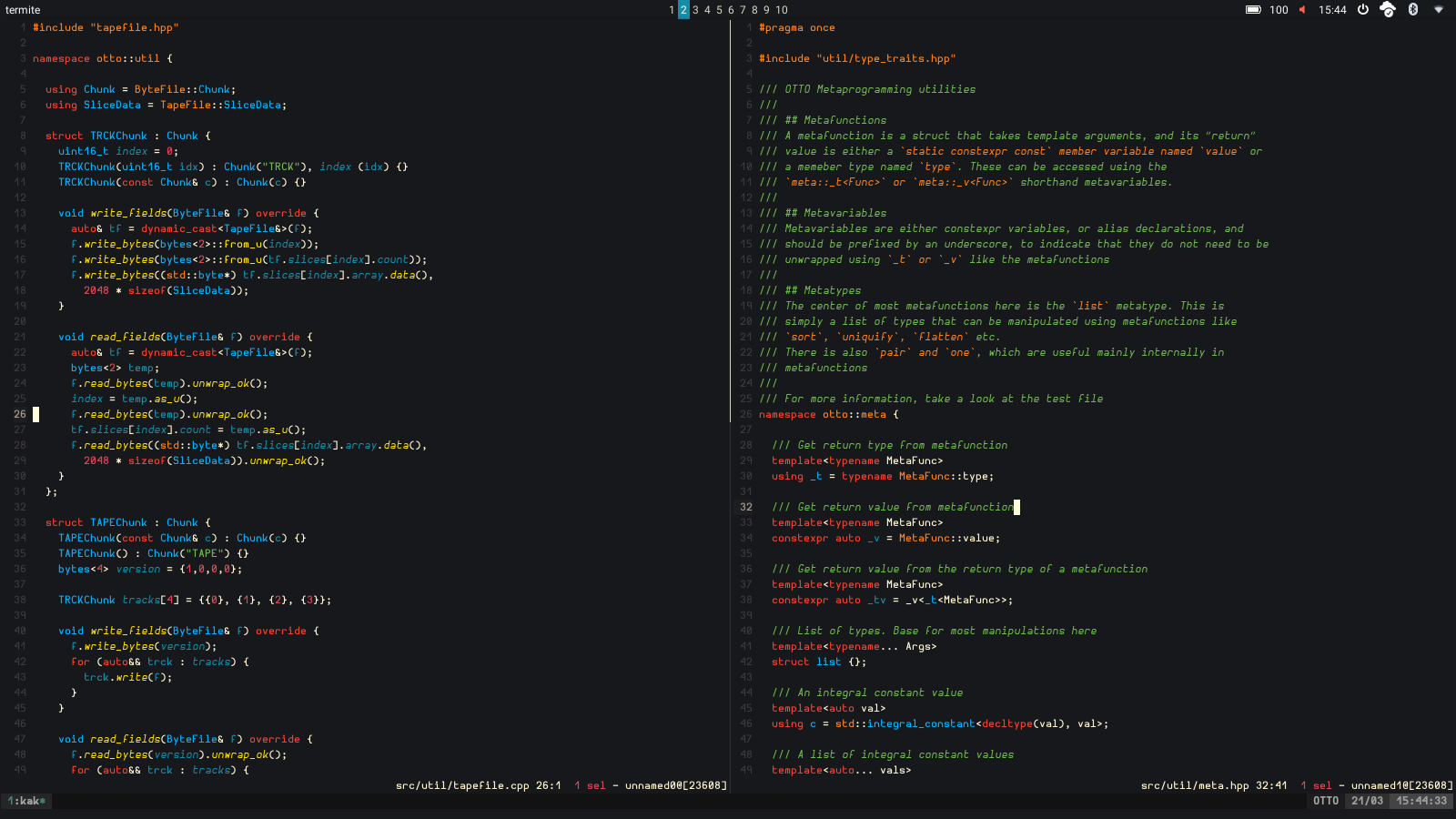 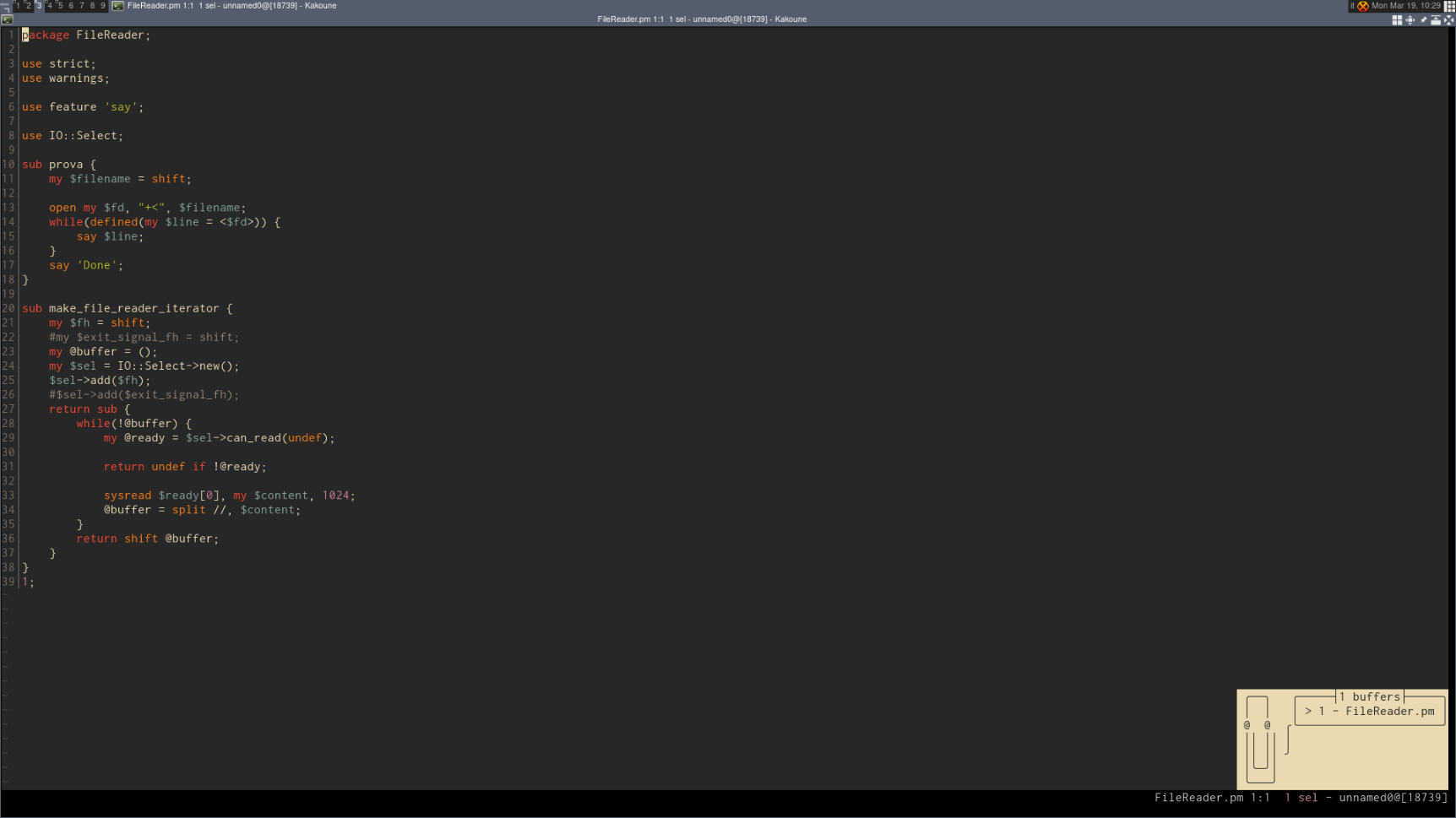 Kakoune is a code editor that implements Vi’s "keystrokes as a text editing language" model. As it’s also a modal editor, it is somewhat similar to the Vim editor (after which Kakoune was originally inspired).

Kakoune has a strong focus on interactivity, most commands provide immediate and incremental results, while still being competitive (as in keystroke count) with Vim.

Kakoune works on selections, which are oriented, inclusive range of characters, selections have an anchor and a cursor character. Most commands move both of them, except when extending selection where the anchor character stays fixed and the cursor one moves around.

Join us on freenode IRC #Kakoune

This snap is built via the snapcraft.io build service from the snapcraft.yaml definition at https://github.com/lukewh/kakoune-snap to ensure source and build transparency.

Is there a problem with Kakoune code editor? Report this app