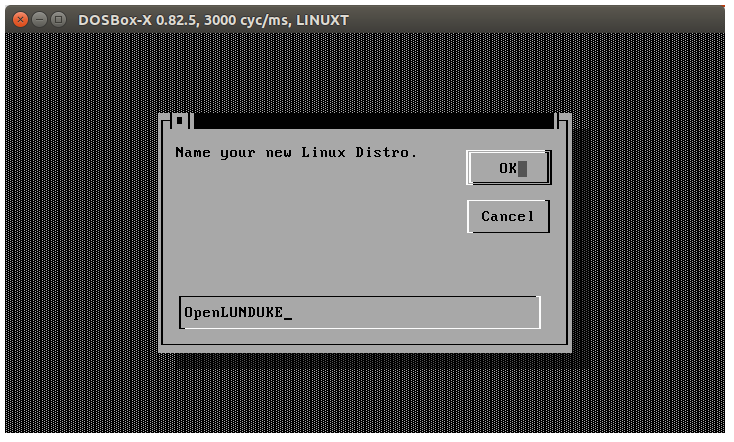 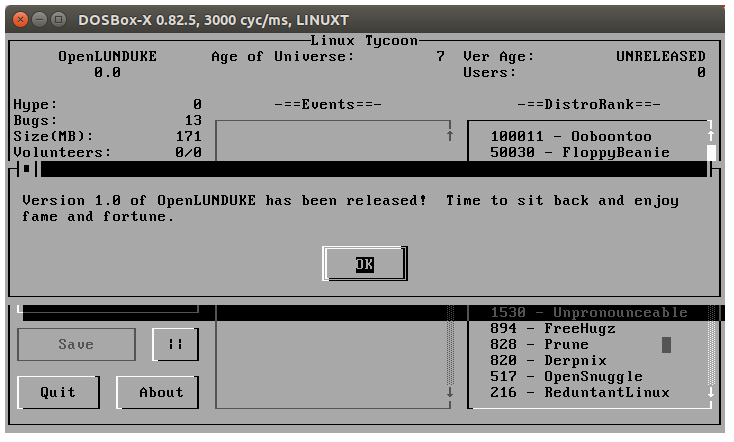 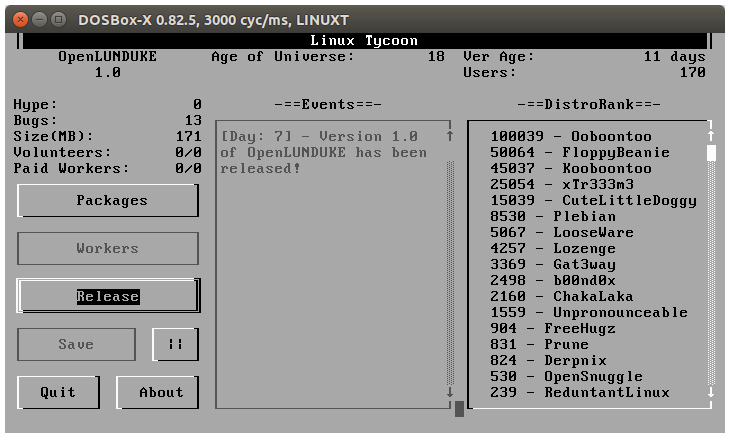 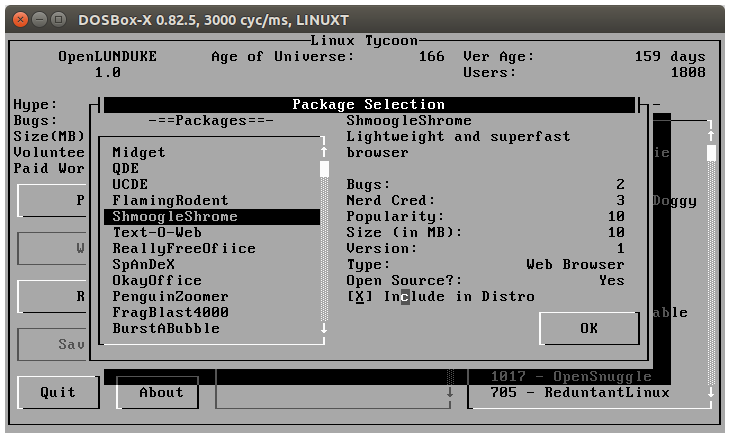 Linux Tycoon is the premier Linux Distro Building Simulator game in the universe. Here are some examples of the thrilling challenges you’ll find in Linux Tycoon

Originally written by Bryan Lunduke, and released under the GNU GPLv2 in 2013. This snap re-creates the true authentic feel of building your own Linux distribution.

The next generation version of Linux Tycoon is available at http://linuxtycoon.com/

Where people are using Linux Tycoon

Is there a problem with Linux Tycoon? Report this app