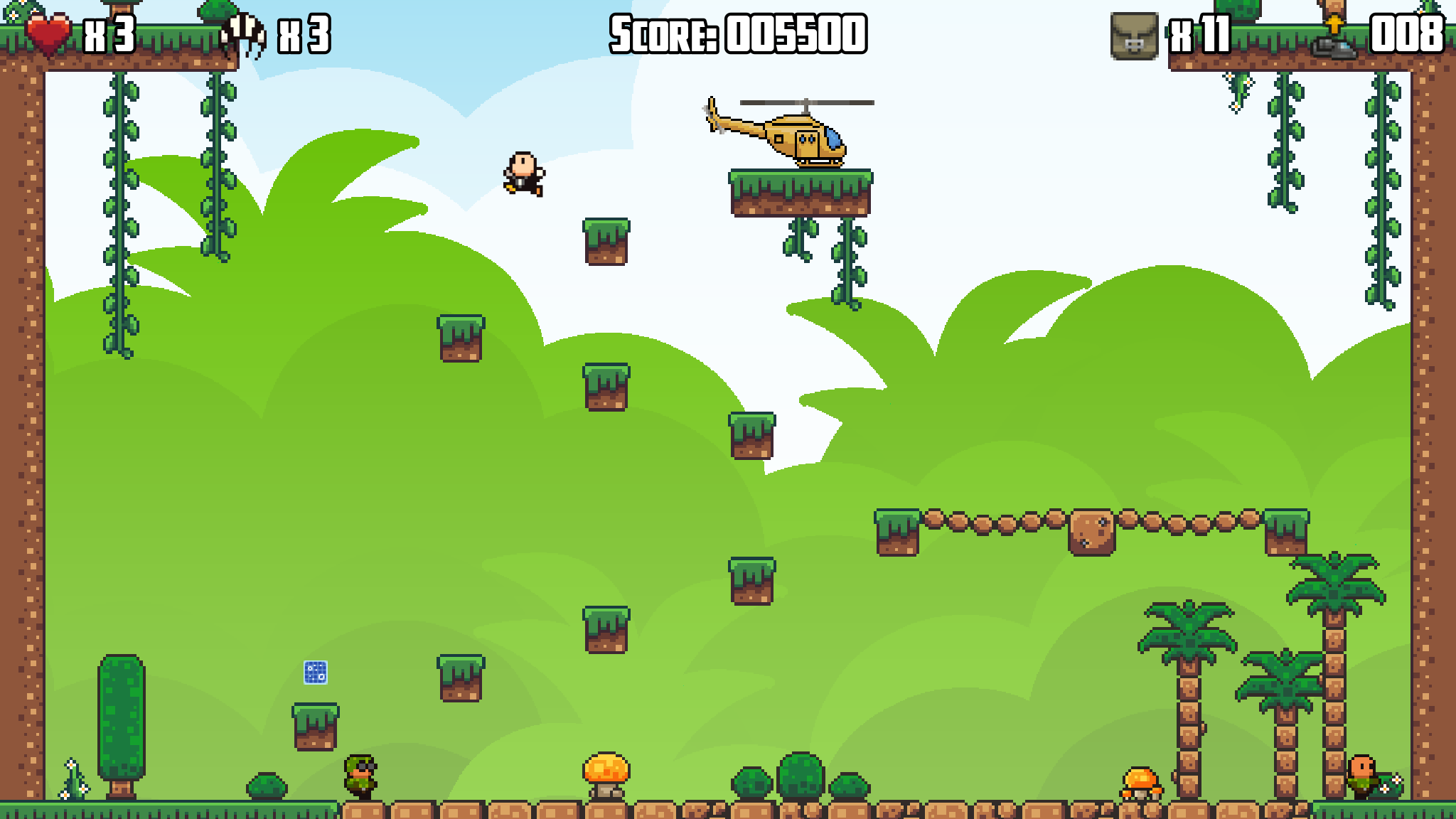 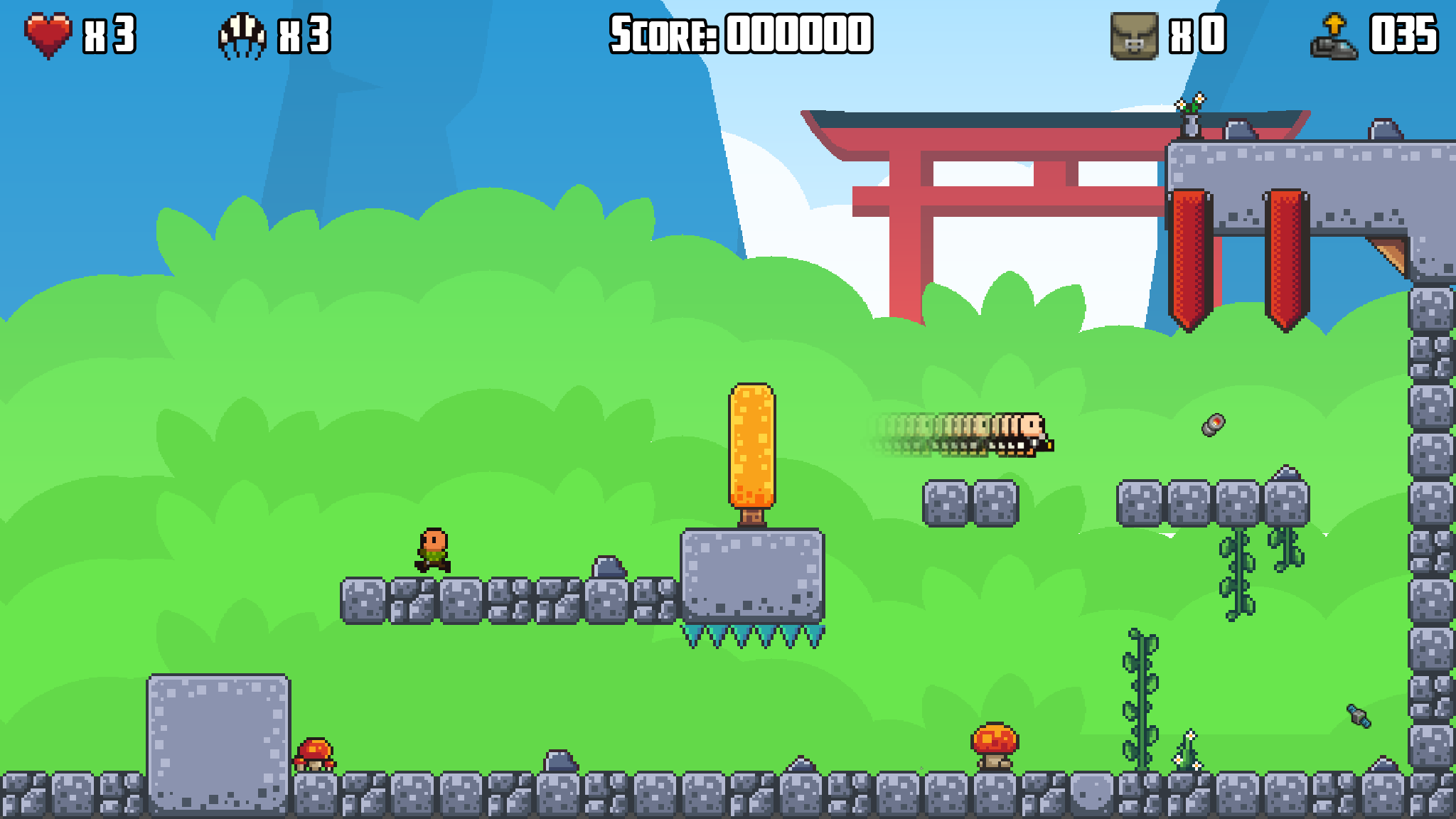 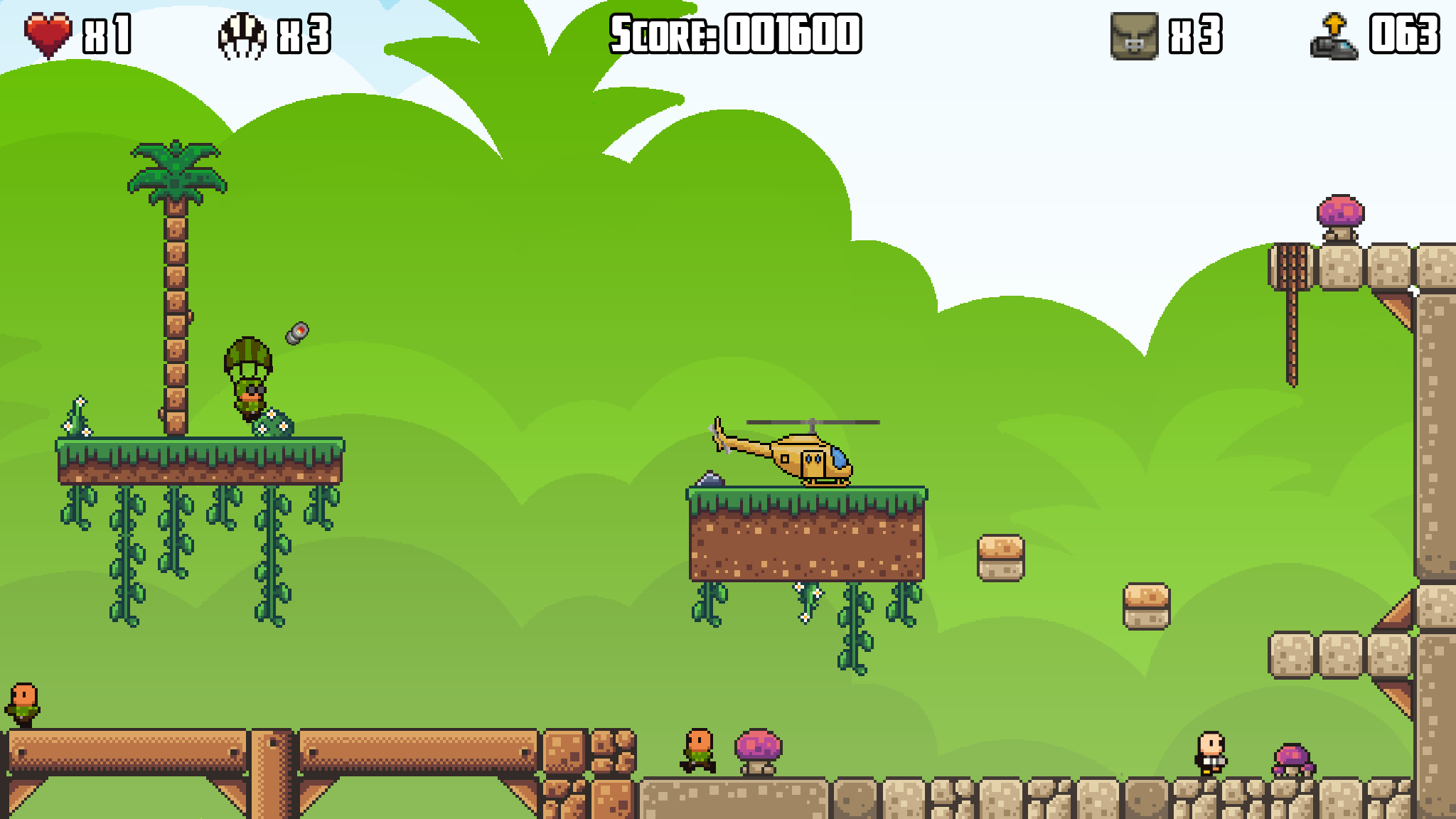 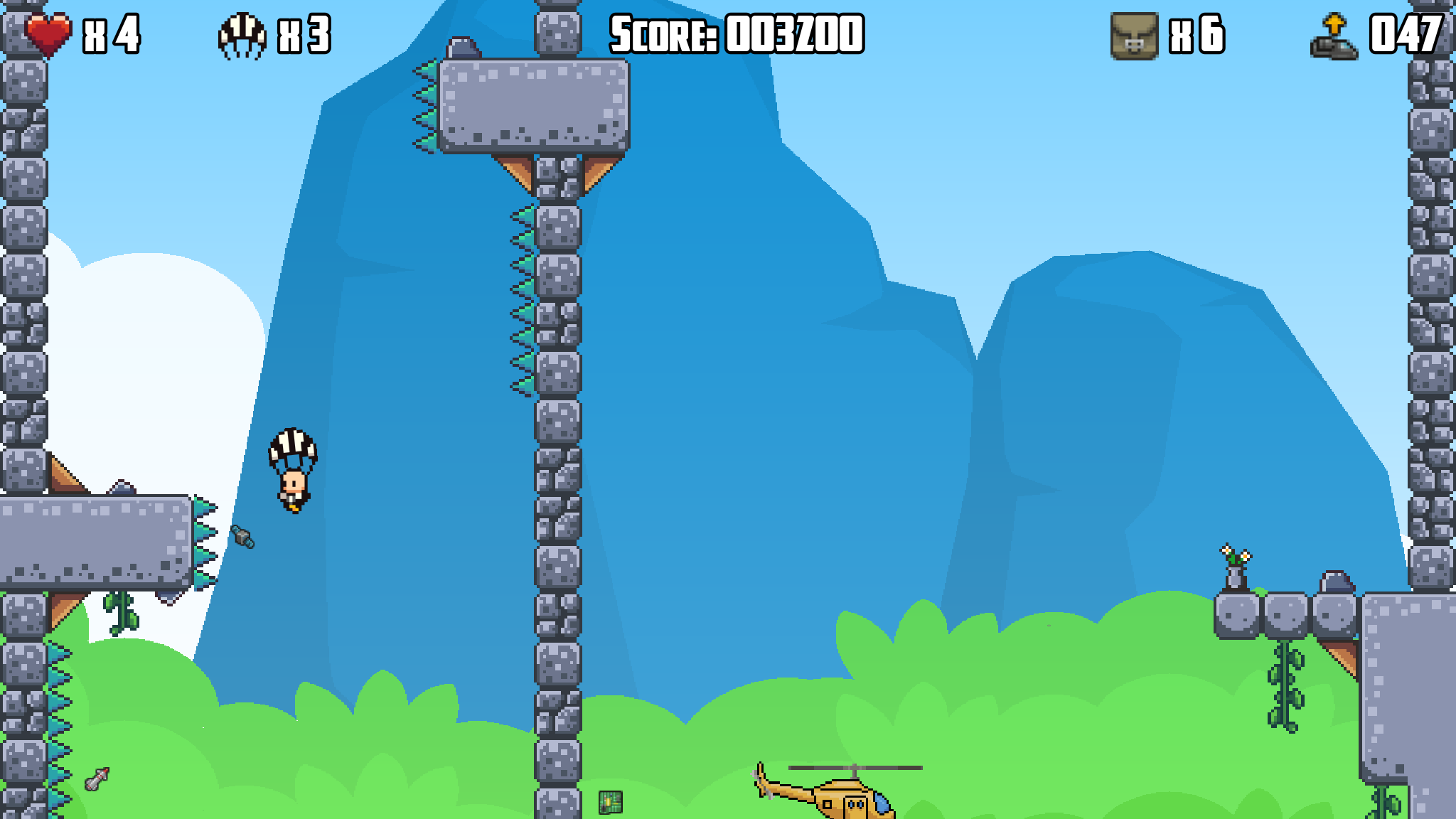 Airdrop into an enemy stronghold, find and recover stolen intelligence and technology. Fight your way out!

Collect as much stolen intelligence and technology as you can and get to the extraction point before the helicopter leaves without you. Earn a higher agent ranking by collecting more items and complete the mission as fast as possible to earn a higher bonus.

them or wall jump away from them.

Enemies can be stomped or kicked:

Enemies have teleport technology and new recruits will teleport into the game to replace their fallen comrades.

Little Spy should work with most game controllers. Game control instructions are presented on the main menu of the game.

Little Spy was made in two weeks as my entry in the My First Game Jam: Summer 2021. I used the jam as motivation to learn Godot.

The theme for the jam was ✨Free✨. My interpretation of the theme is to create a game using only tools that are free software, free of cost, or game assets that are free or in the public domain.

In keeping with the Free theme, I have released the game project and code under an MIT license.

Where people are using Little Spy

Is there a problem with Little Spy? Report this app