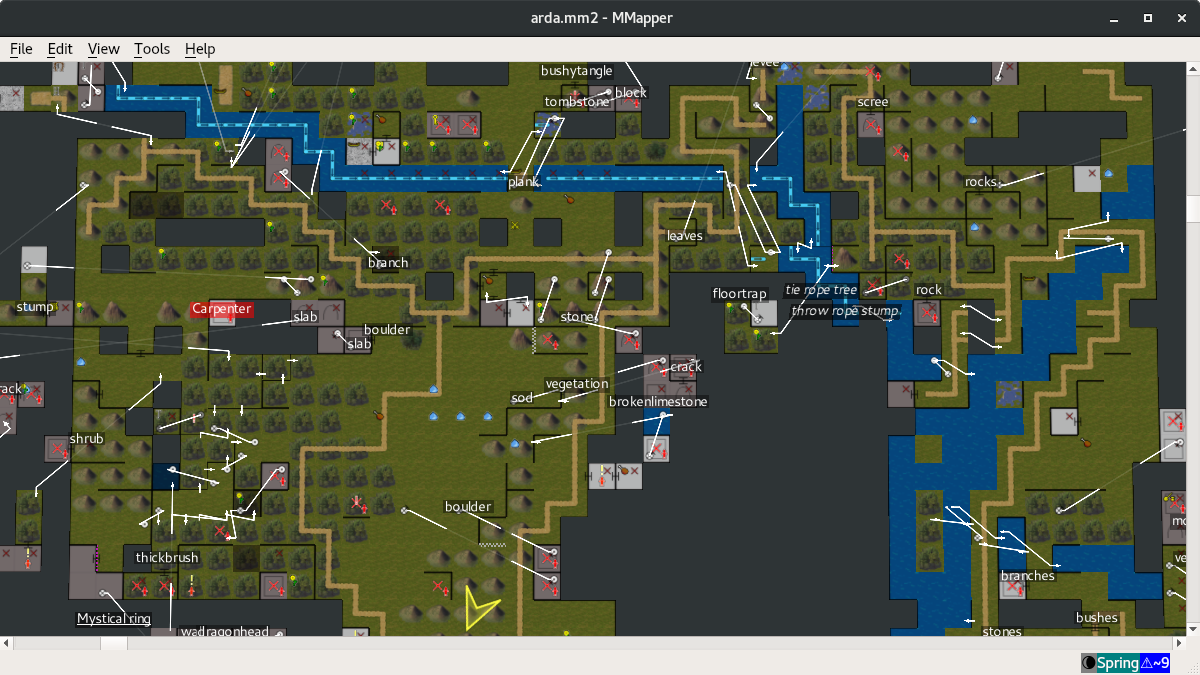 MUME is a free to play multiplayer roleplaying game based upon J.R.R. Tolkien's Middle-earth that has been continuously enhanced since fall '91. In MUME, players can explore and live in this meticulously crafted world during its late Third Age, and possibly join the epic War between the forces of the Dark Lord and the armies of the West. The action takes place before The Hobbit and after the loss of the One Ring by Sauron. The key of Erebor has just found by Gandalf in Dol Guldur and all the epic tales narrated in The Lord of the Rings may take place.

MUME is traditionally played in a text-only mode but the MMapper graphical mud client represents the virtual world on a map thereby lowering the bar of entry for power-players and casual-players alike.

When starting MMapper, you will be given the option to either use the built-in client (great for a quick start) or to connect your own MUD client to MMapper. Most of our power-players use the latter setup.

Where people are using MUME Mapper

Is there a problem with MUME Mapper? Report this app