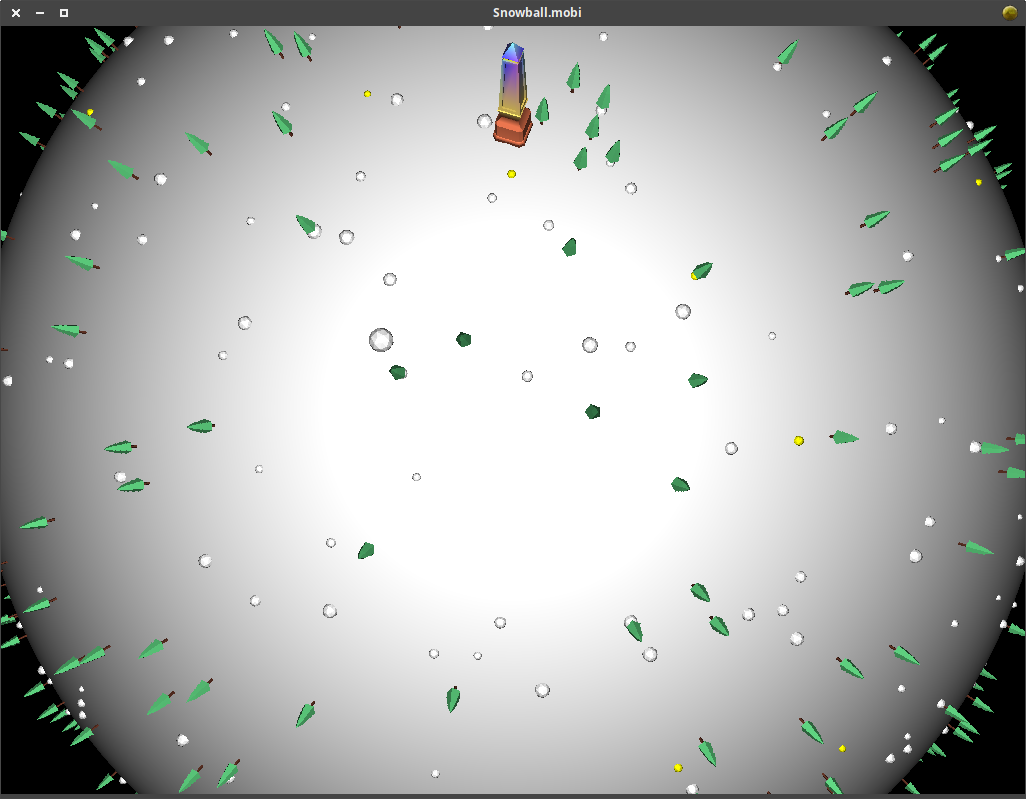 Once the snowball is large enough the poles (obelisks) will turn into teleportation pads to the next round; the aim is to complete each level or a sequence of levels with the highest score in the shortest time.

The larger the snowballs you collect higher the score. Gold snow is double the reward of white. Picking up snow increases your speed temporarily; the idea is to enter a flow of collecting snow so that your speed stays up.

Your score is updated in the program title bar at the end of each level.

Supports computer mouse and gamepad, designed for xbox 360 gamepad using both analog sticks, press any keyboard button to toggle the menu and escape to quit the game.

More details at the GitHub: https://github.com/mrbid/SNOWBALL2

An old web version for mobile is available at: https://snowball.mobi

I wanted to create something that had that Windows 3.1 Ski Free simplicity but without the scary monster and pooping dogs. I had always liked simple puzzle games such as Neverball and wanted to go in this kind of direction, and really in a way Snowball is the product of these two games combined. It's the simplicity and style of Ski Free in 3D with the sphere-centric concept of Neverball. Looking deeper into the history of video games you could say that Snowball is also essentially very much akin to a ghostless Pac-Man. Snowball itself is designed to be a competitive speed run game or just something to play when you want to kill time. Snowball produces console output which can be used in competitive games where players compete against one another in a given period of time.

Where people are using Snowball

Install Snowball on your Linux distribution

Is there a problem with Snowball? Report this app