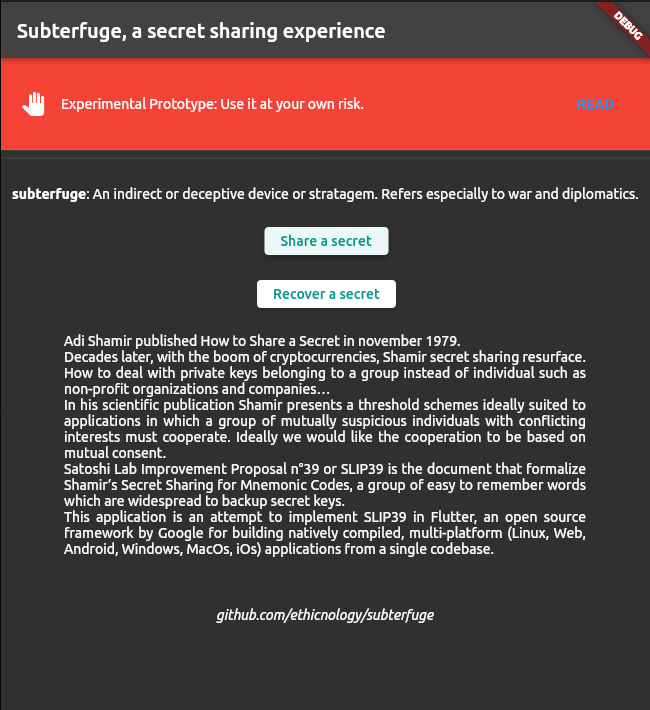 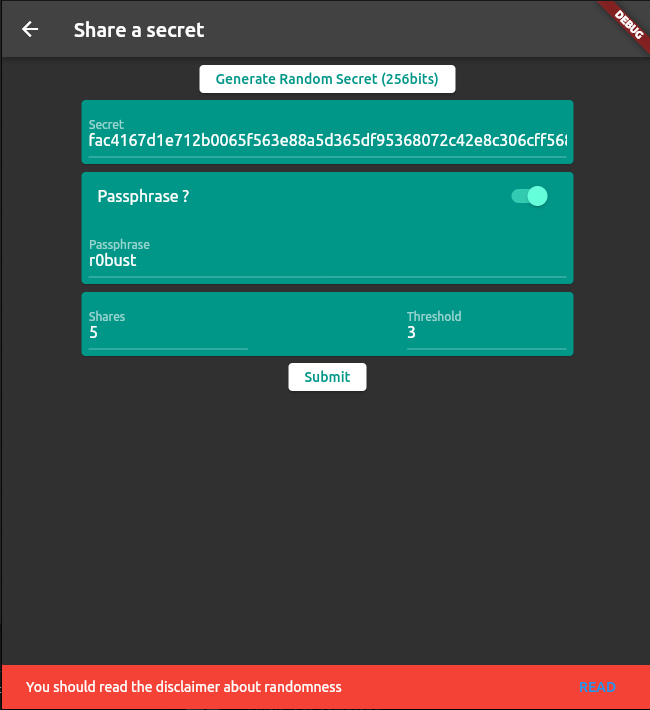 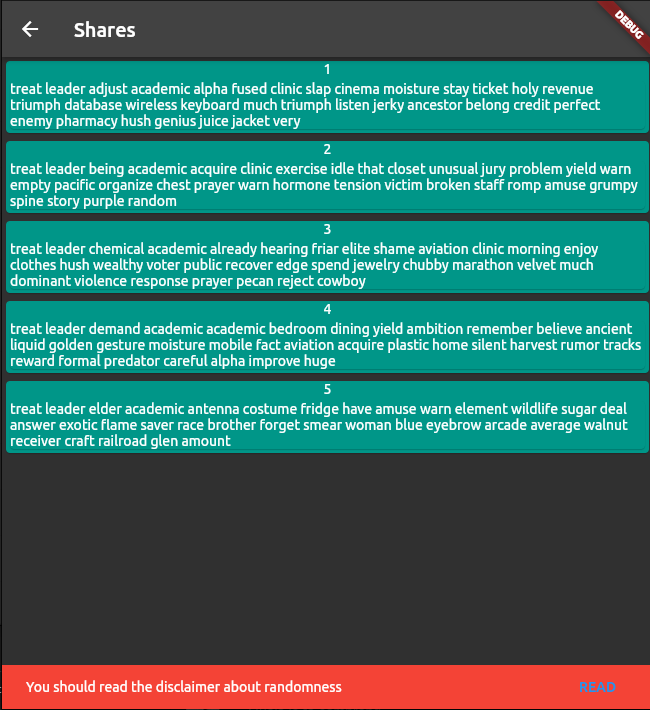 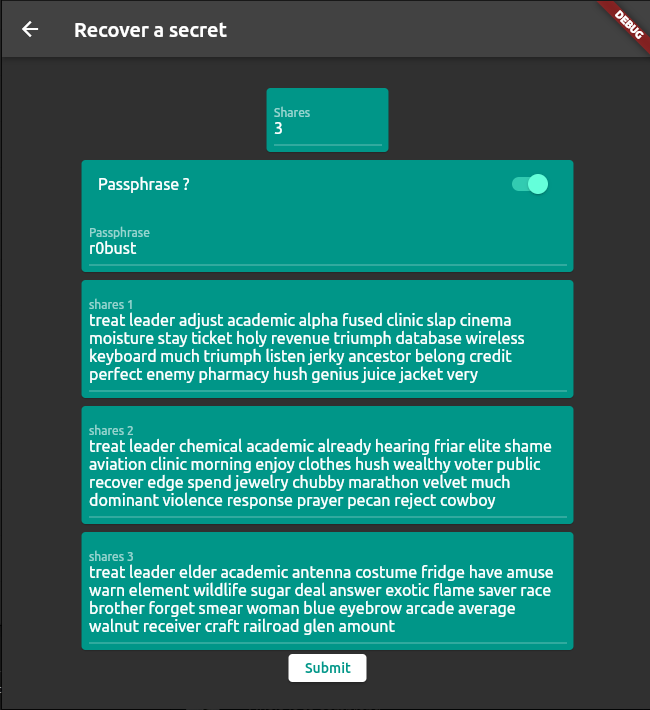 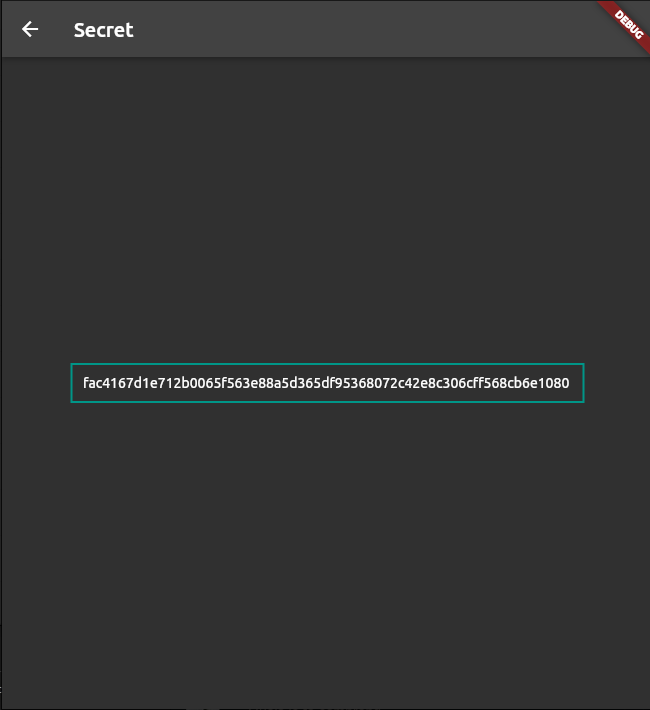 Adi Shamir published How to Share a Secret in november 1979. Decades later, with the boom of cryptocurrencies, Shamir secret sharing resurface. How to deal with private keys belonging to a group instead of individual such as non-profit organizations and companies… In his scientific publication Shamir presents a threshold schemes ideally suited to applications in which a group of mutually suspicious individuals with conflicting interests must cooperate. Ideally, we would like the cooperation to be based on mutual consent. Satoshi Lab Improvement Proposal n°39 or SLIP39 is the document that formalize Shamir's Secret Sharing for Mnemonic Codes, a group of easy to remember words which are widespread to back up secret keys. This application is an attempt to implement SLIP39 in Flutter, an open source framework by Google for building natively compiled, multi-platform (Linux, Web, Android, Windows, MacOs, iOs) applications from a single codebase.

Where people are using subterfuge

Install subterfuge on your Linux distribution

Is there a problem with subterfuge? Report this app