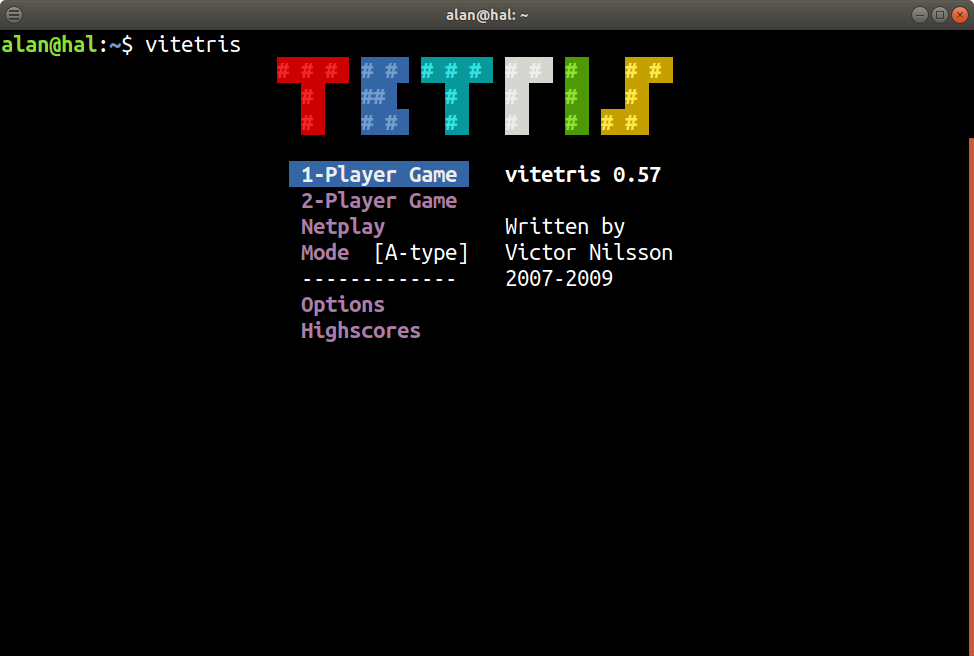 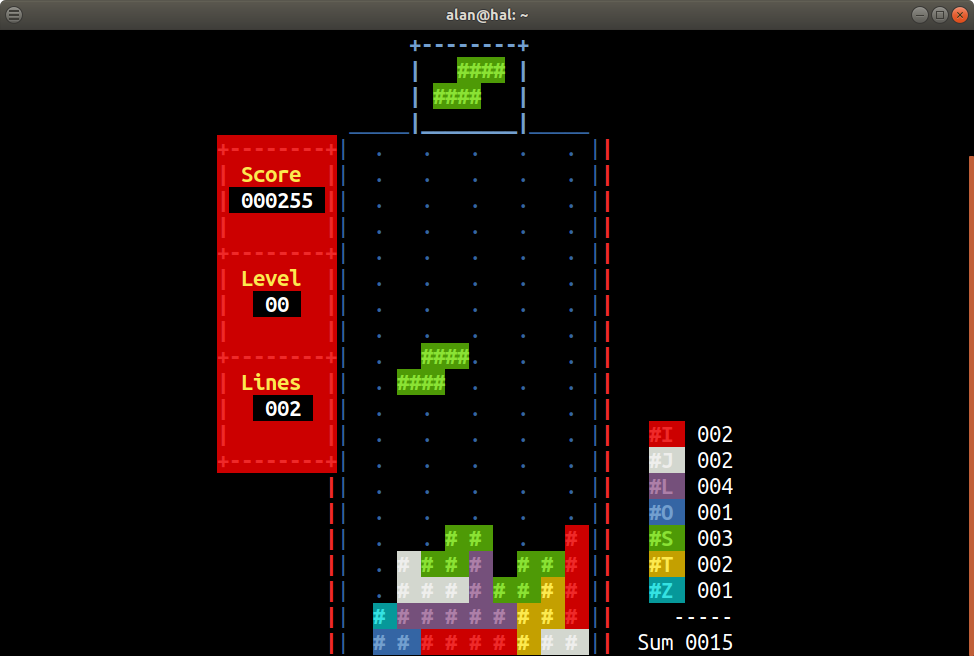 Console based version of Tetris

vitetris is a terminal-based Tetris clone by Victor Nilsson. Gameplay is much like the early Tetris games by Nintendo. Features include:

Configurable keys Highscore table Two-player mode with garbage Network play Joystick (gamepad) support on Linux or with Allegro It has been tested on Linux, NetBSD and a few other Unix-like systems, and ported to Windows and DOS. Library dependencies are minimal (only libc is required), and many features can be disabled at compile-time.

Version 0.50 can run in graphics mode using the Allegro library, but blocks are still "drawn" as characters with an 8x16 console font.

Where people are using vitetris

Install vitetris on your Linux distribution

Is there a problem with vitetris? Report this app