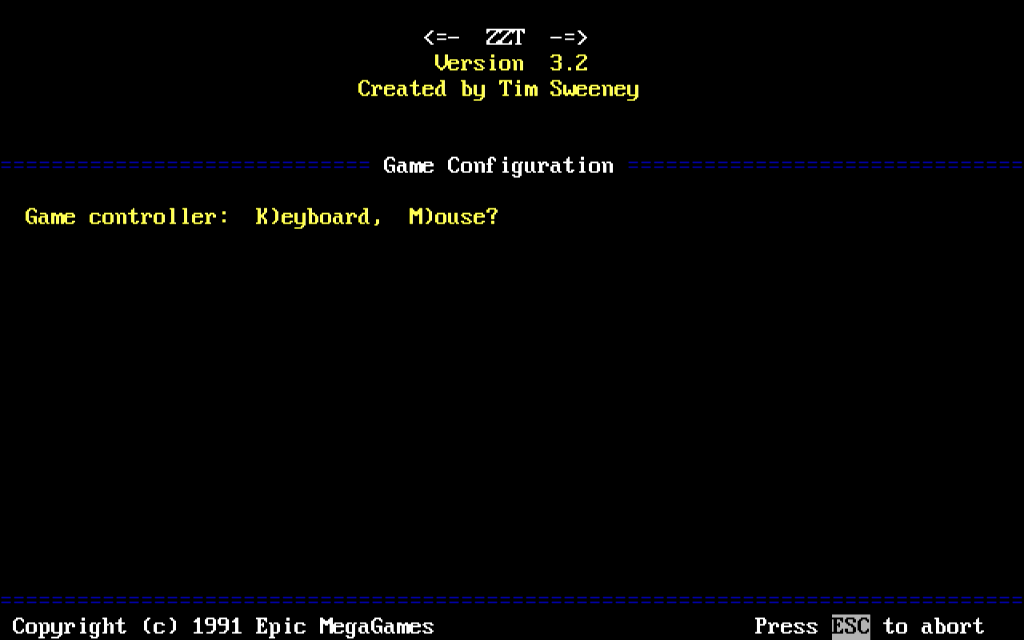 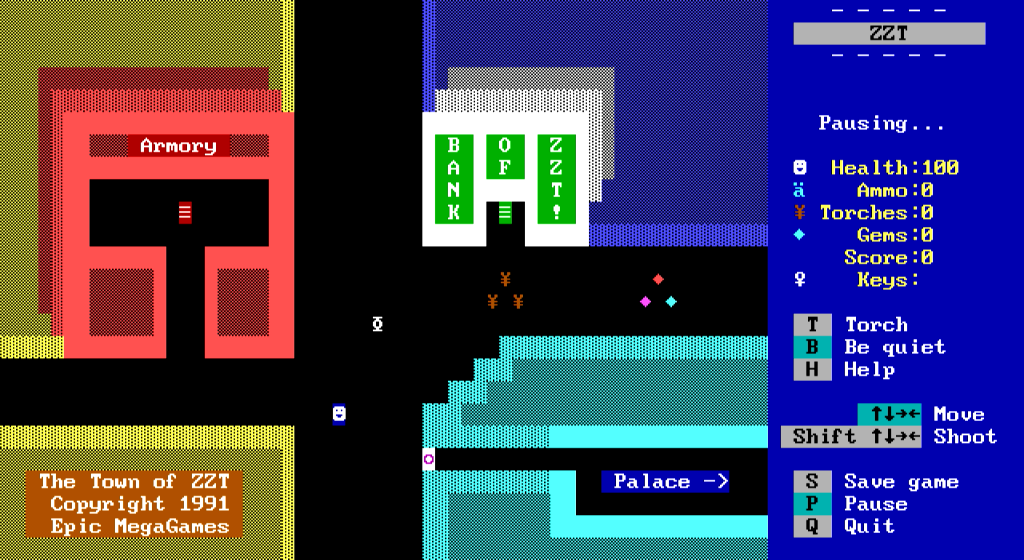 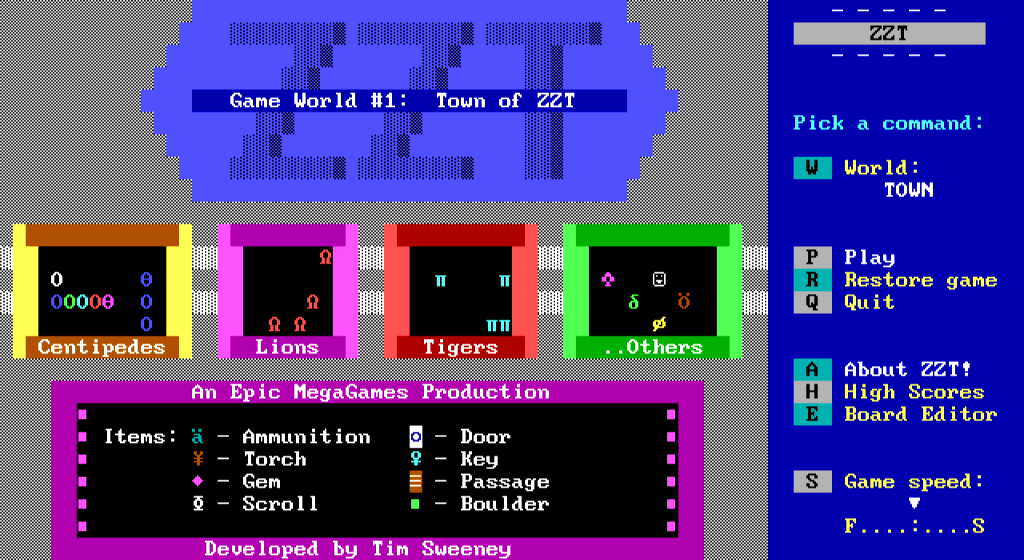 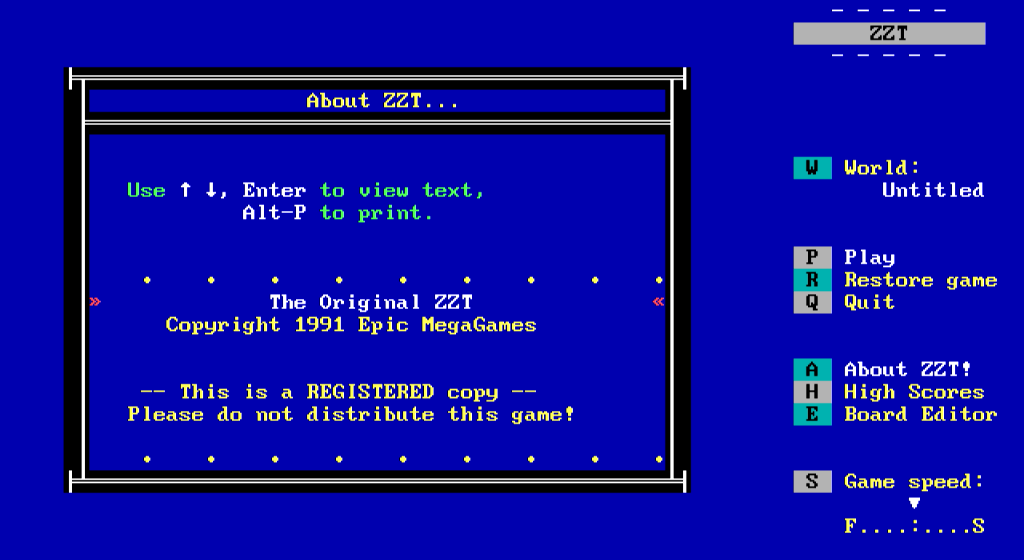 ZZT is an ANSI character-based video game, released in 1991 by Tim Sweeney of Potomac Computer Systems (now Epic Games). ZZT itself is not an acronym for anything; its title was chosen so it would always appear at the bottom of newsgroup listings.

Permission was granted by Tim Sweeney to allow re-distribution of ZZT.

Where people are using ZZT

Install ZZT on your Linux distribution

Is there a problem with ZZT? Report this app