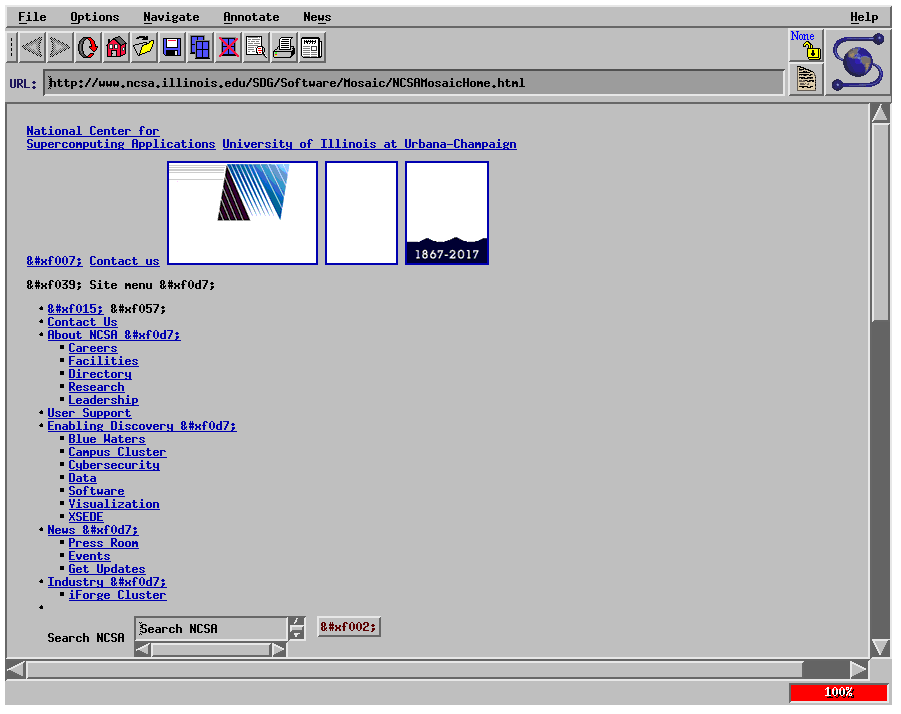 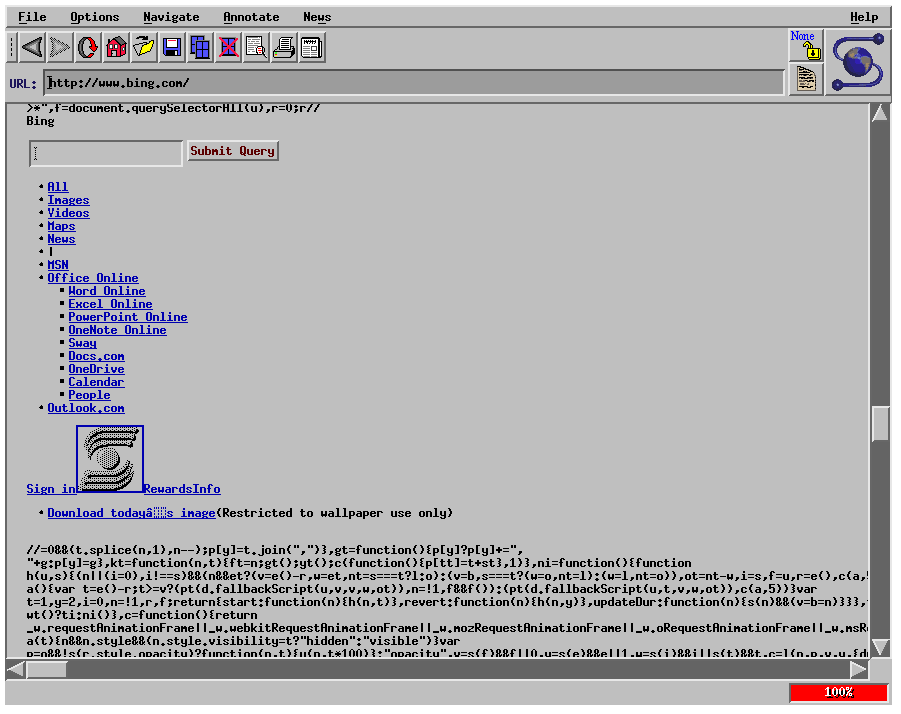 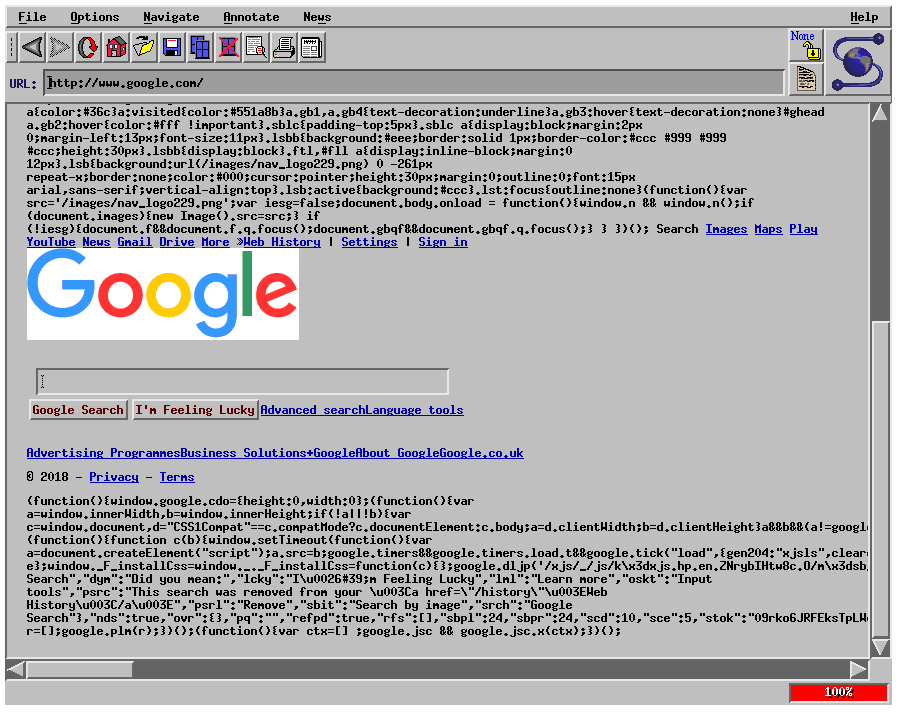 This is NCSA Mosaic 2.7, one of the first graphical web browsers.

NCSA Mosaic, or simply Mosaic, is the web browser that popularized the World Wide Web and the Internet. It was also a client for earlier internet protocols such as File Transfer Protocol, Network News Transfer Protocol, and Gopher. The browser was named for its support of multiple internet protocols. Its intuitive interface, reliability, Microsoft Windows port and simple installation all contributed to its popularity within the web, as well as on Microsoft operating systems.[4] Mosaic was also the first browser to display images inline with text instead of displaying images in a separate window.[5] While often described as the first graphical web browser, Mosaic was preceded by WorldWideWeb, the lesser-known Erwise and ViolaWWW.

Mosaic was developed at the National Center for Supercomputing Applications (NCSA) at the University of Illinois Urbana-Champaign beginning in late 1992. NCSA released the browser in 1993, and officially discontinued development and support on January 7, 1997. However, it can still be downloaded from NCSA.

Find out more at: https://en.wikipedia.org/wiki/Mosaic_(web_browser)

Built from source code hosted at: https://github.com/alandipert/ncsa-mosaic Thanks to John Lenton for the snapcraft config.

To install NCSA Mosaic, simply use the following command: