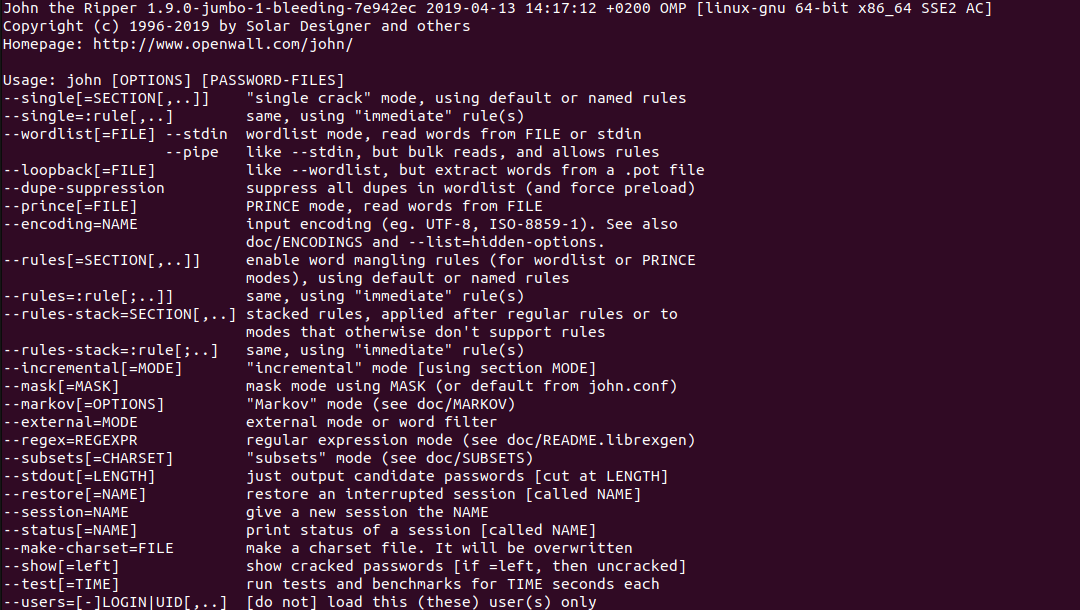 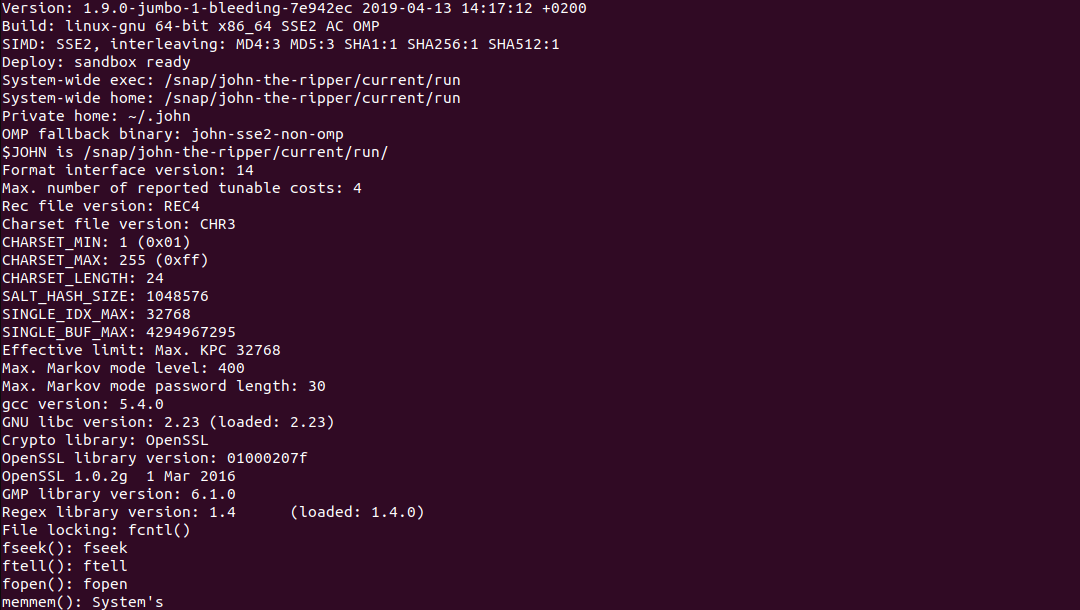 John the Ripper is a fast password cracker. Its primary purpose is to detect weak Unix passwords. Besides several crypt(3) password hash types, supported out of the box include fast built-in implementations of SHA-crypt and SunMD5, Windows NTLM (MD4-based) password hashes, various macOS and Mac OS X user password hashes, fast hashes such as raw MD5, SHA-1, SHA-256, and SHA-512, various SQL and LDAP server password hashes, as well as many non-hashes such as SSH private keys, S/Key skeykeys files, Kerberos TGTs, encrypted filesystems such as macOS .dmg files and "sparse bundles", encrypted archives such as ZIP, RAR, and 7z, encrypted document files such as PDF and Microsoft Office's - and these are just some examples.

This version integrates lots of contributed patches, including GPU support, dynamic expressions, has fallback for CPU SIMD extensions and for OMP, moreover, has on device mask acceleration and prince mode available.

Details for John the Ripper CE

Where people are using John the Ripper CE

Install John the Ripper CE on your Linux distribution

Is there a problem with John the Ripper CE? Report this app