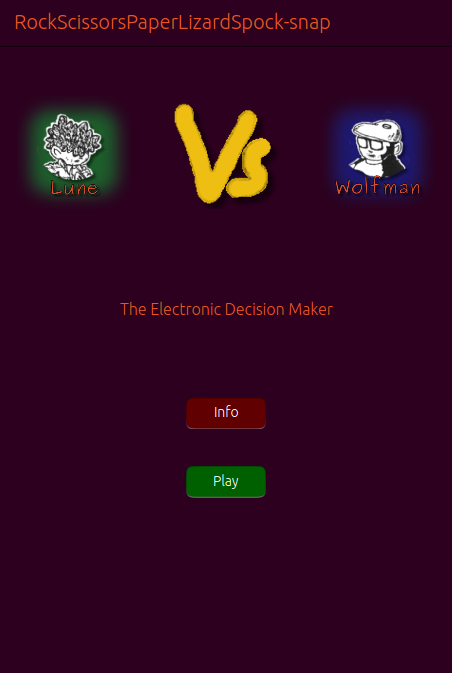 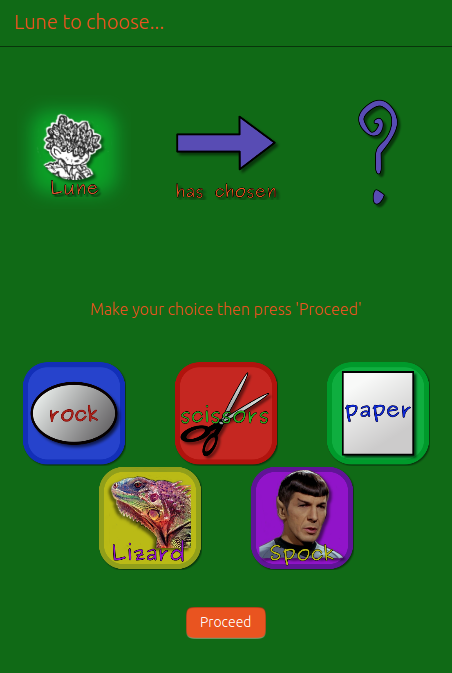 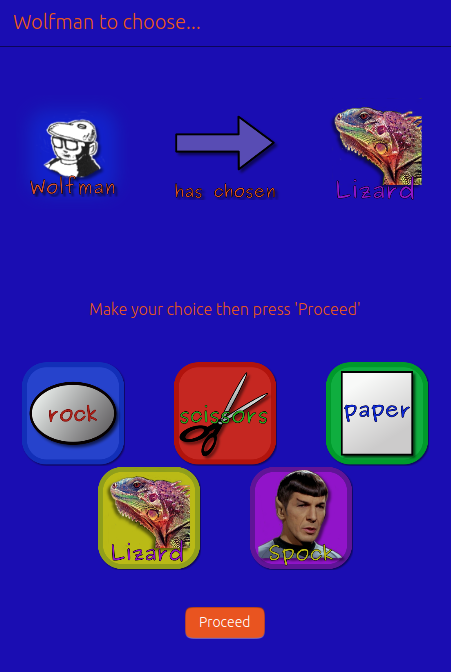 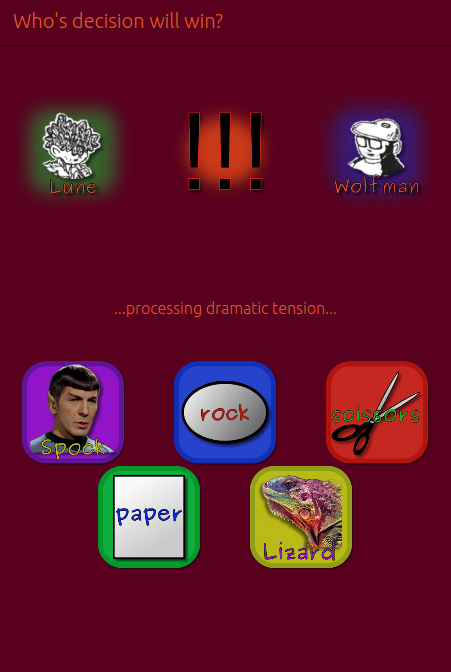 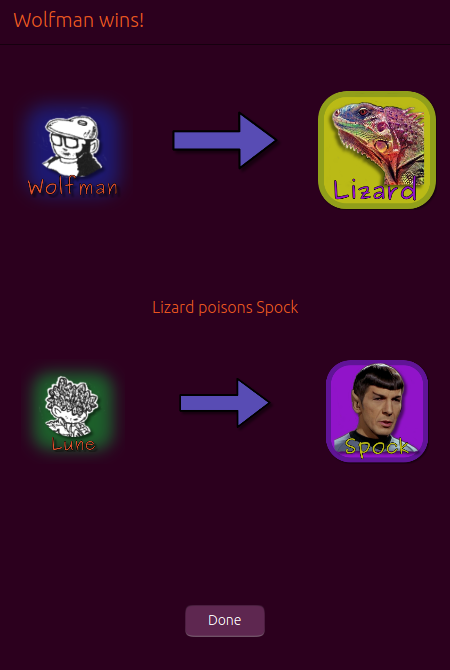 2 player game of a variation of 'Rock, Paper, Scissors'

This cheap and cheerful version of the 'Rock Paper Scissors Spock Lizard' game (invented by Sam Kass and Karen Bryla) lets you play against a friend with minimal risk of cheating and, handily, tells you who won in case you're unfamiliar with the extended rules...

This is a slight reworking of the sTOnSCipAP game made with qml and the Ubuntu SDK. It reuses most of the same code, pictures and sounds but with added Lizards & Spocks.

It didn't seem all that interesting to play as 'Player 1' and 'Player 2' so I have appropriated Lune and Wolfman from my friend's comic instead. Many thanks to Wolfman for his drawings - plinkyplonk.net

It's been 'snapped' using the Snapcraft option from the Ubuntu SDK but with 'pulseaudio' added to the 'plugs:' to allow sounds (assuming pulseaudio is available).

(Running the same code on the SDK Desktop build or armhf build doesn't give the same 'root page back button' problem, but the Snapcraft SDK option is under development at the moment so I imagine it'll be fixed in future versions)

Where people are using rockscissorspaperlizardspock-snap

Install rockscissorspaperlizardspock-snap on your Linux distribution

Is there a problem with rockscissorspaperlizardspock-snap? Report this app