yakuake is only available on the unstable candidate channel. It could break and change often. 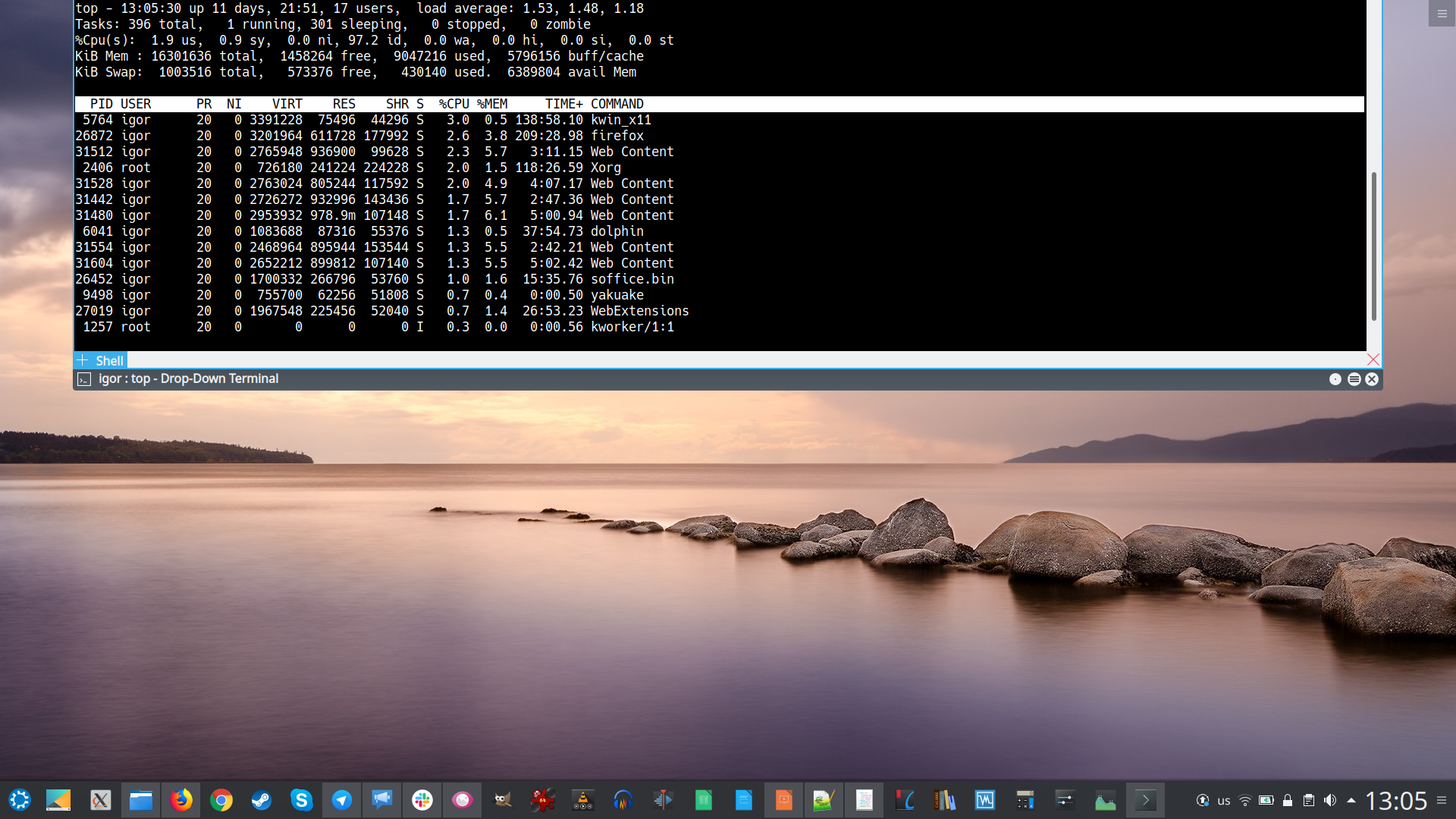 yakuake is a terminal based on an electronic game released in 1978 YaKuake is inspired from the terminal in the Quake game when you press a key (by default F12, but that can be changed) a terminal window slides down from the top of the screen. Press the key again, and the terminal slides back. It is faster than a keyboard shortcut because it is already loaded into memory and as such is very useful to anyone who frequently finds themselves switching in and out of terminal sessions.

Where people are using yakuake

Install yakuake on your Linux distribution

Is there a problem with yakuake? Report this app