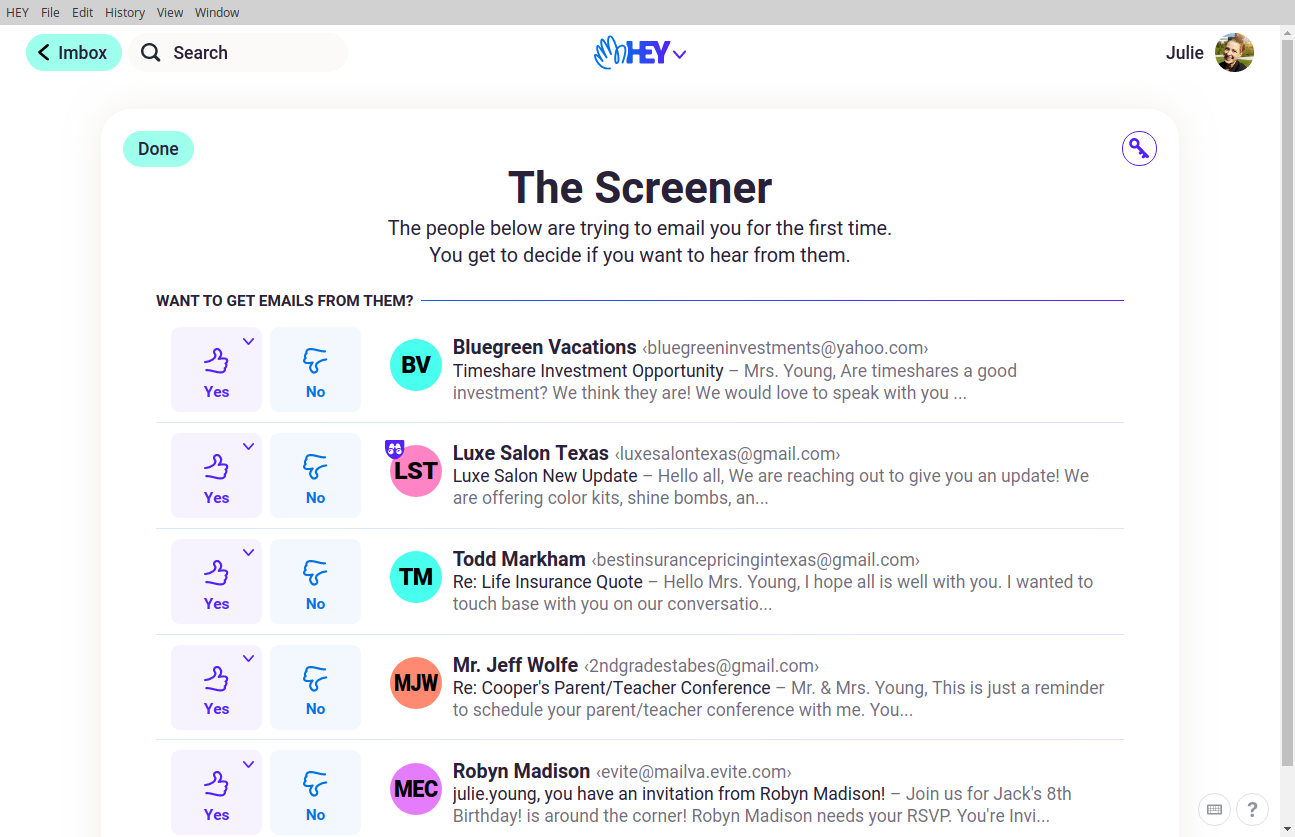 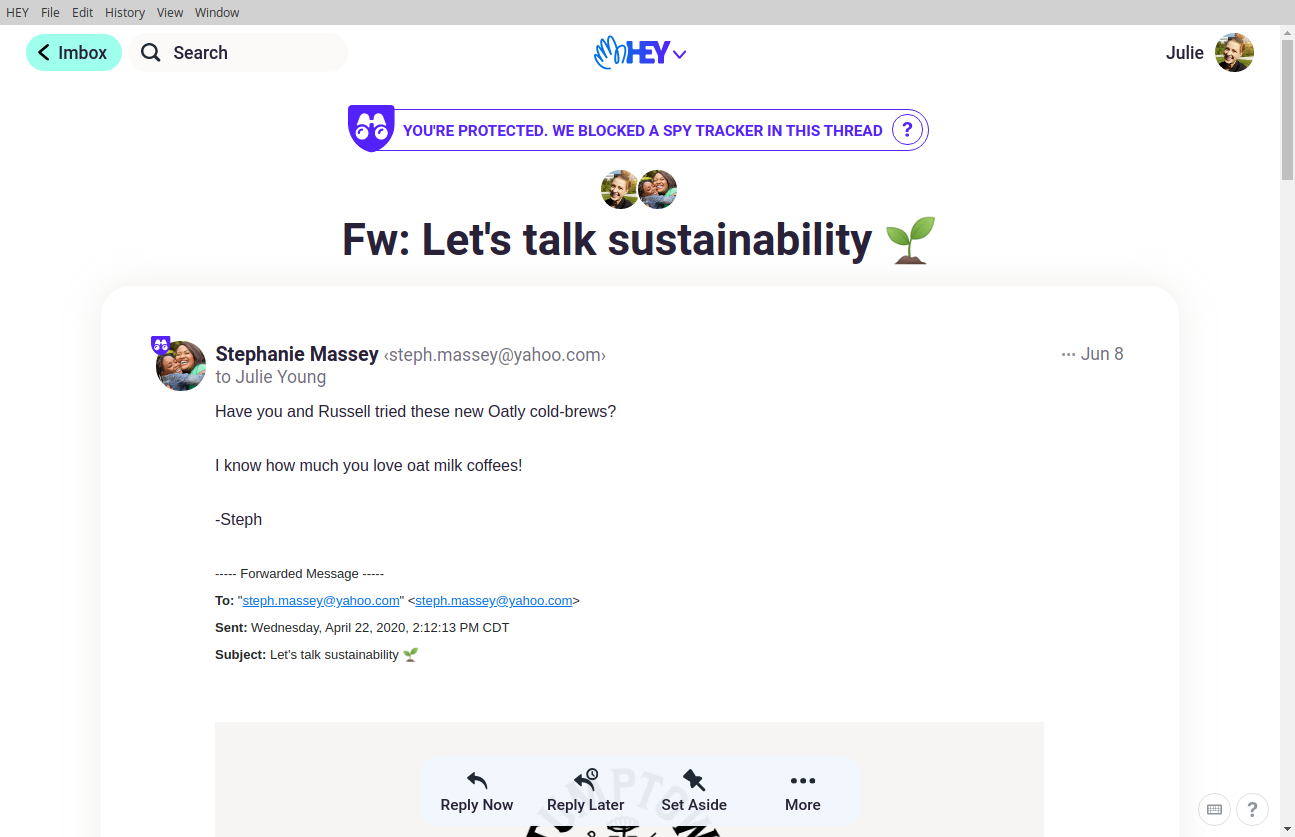 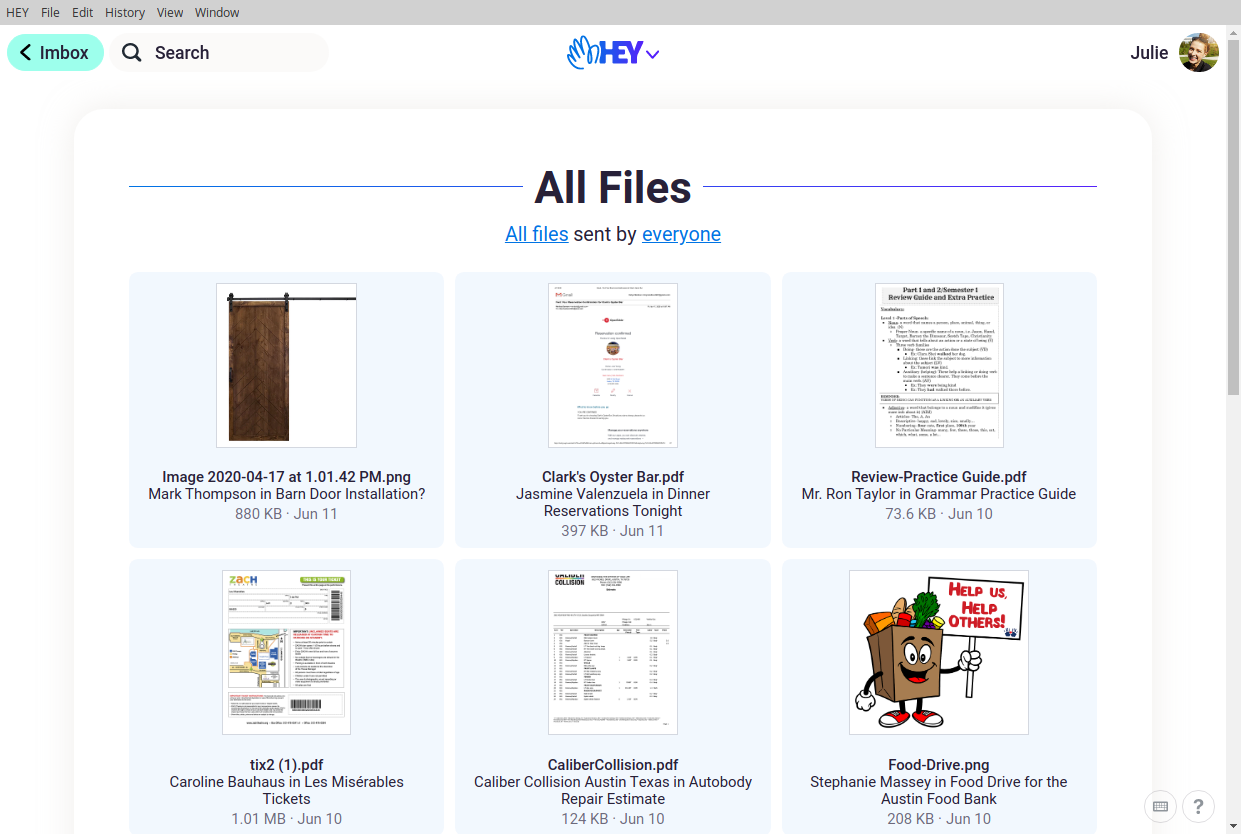 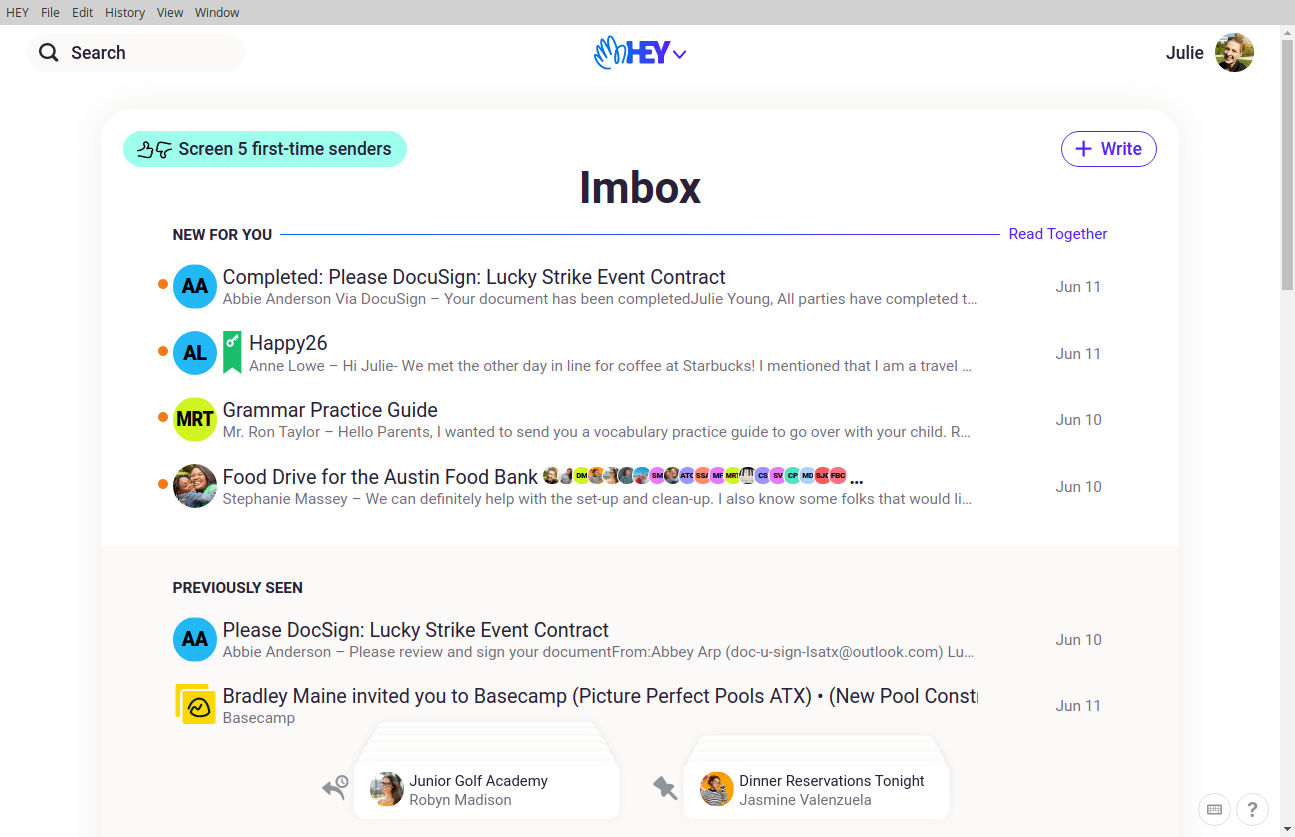 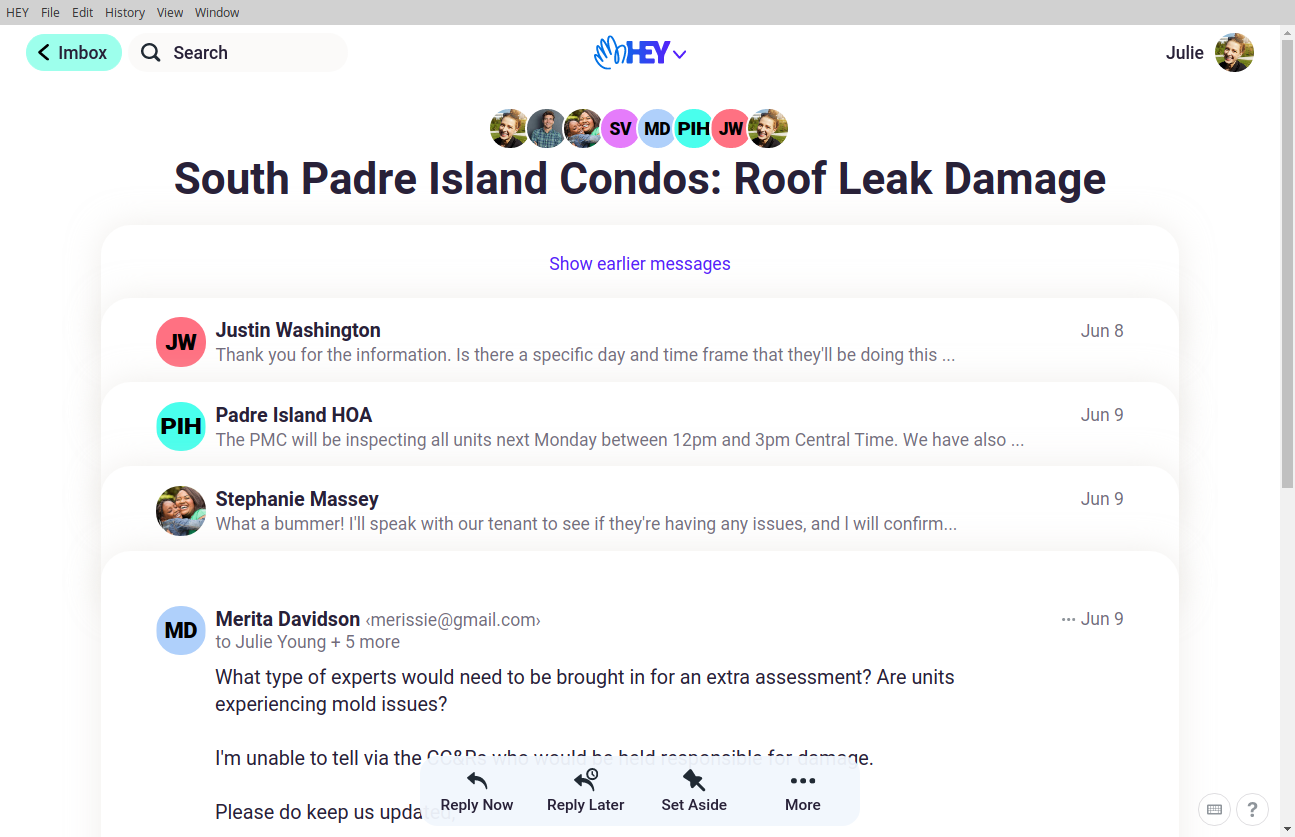 Email at its best, by Basecamp

Email sucked for years. Not anymore — we fixed it. HEY transforms email into something you want to use, not something you’re forced to deal with.

You screen your calls, so why can't you screen your emails? With HEY, you can. HEY puts you in complete control of who's allowed to email you. Don't want to hear from someone? Screen them out and won’t hear from them again.

Inboxes are typically an intertwined mess of new and old messages haphazardly mixed together. Yuck. With HEY, new messages are always grouped together at the top, and previously seen emails are always at the bottom. Neat and orderly by default. No need to wade through the inbox jungle with a machete.

Spread ’em out, read ’em together

Find files without pulling your hair out

If you’re looking for an attachment, why should you have to find an email first? That’s backwards. With HEY, you get an attachment library that gathers up every attachment you’ve ever received in one organized, siftable place.

Just set it aside

Sometimes you get emails you need to reference later - travel info, handy links, numbers you need, etc. With HEY, you can 'Set Aside' any email in a neat little pile for easy access whenever you need it. At hand, but out of your face.

Put receipts in The Paper Trail

Receipts, confirmations, and transactional emails getting in your way? With HEY, you can send those types of emails to The Paper Trail where they'll be out of your way, but easy to find when you need them.

Many companies track which emails you open, how often you open them, and even where you were when you opened them. It's a massive invasion of your privacy. HEY blocks these trackers and tells you who's spying on you.

If you don’t start the thread, you're often stuck with other people’s generic, non-descriptive email subjects. With HEY, you can rename a subject so it makes sense for you without changing things for the other person.

Conversations may start in email, but they may continue somewhere else. Some emails turn into lunches or calls or video conferences. Where do you put the notes from those - especially if they relate to the initial email conversation? With HEY, you can add personal, private notes (and files) to any thread. This way you keep everything related to the conversation on one page, even if it didn't all happen via email.

HEY push notifications are off by default so your phone doesn’t steal your attention every time an inconsequential email hits your inbox. However, HEY lets you selectively turn them on for specific contacts or threads so you don't miss the things you really care about.

What if you need to reply, but you don't have time right now? With HEY, just click the “Reply Later” button to move an email to a dedicated ‘Reply Later’ pile at the bottom of the screen so you don’t lose or forget it.

When you get lots of emails from someone, they can take over your Inbox. With HEY, you can choose to bundle a sender into a single row. This means no matter how many emails they send you, they'll only take up a single row in your Inbox. Clean, controlled, and calm.

Is there a problem with HEY Mail? Report this app