hplip-printer-app is only available on the unstable edge channel. It could break and change often. 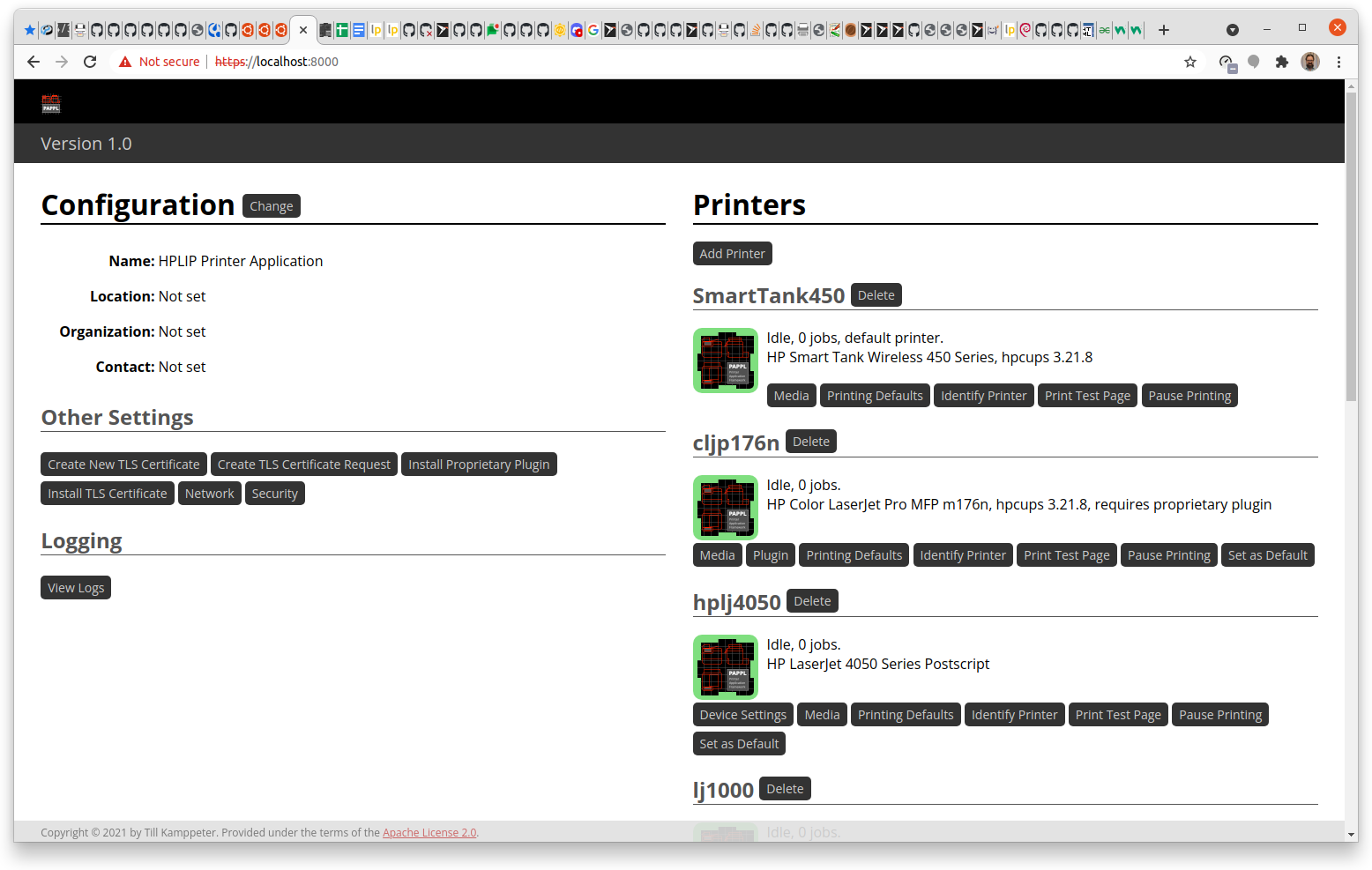 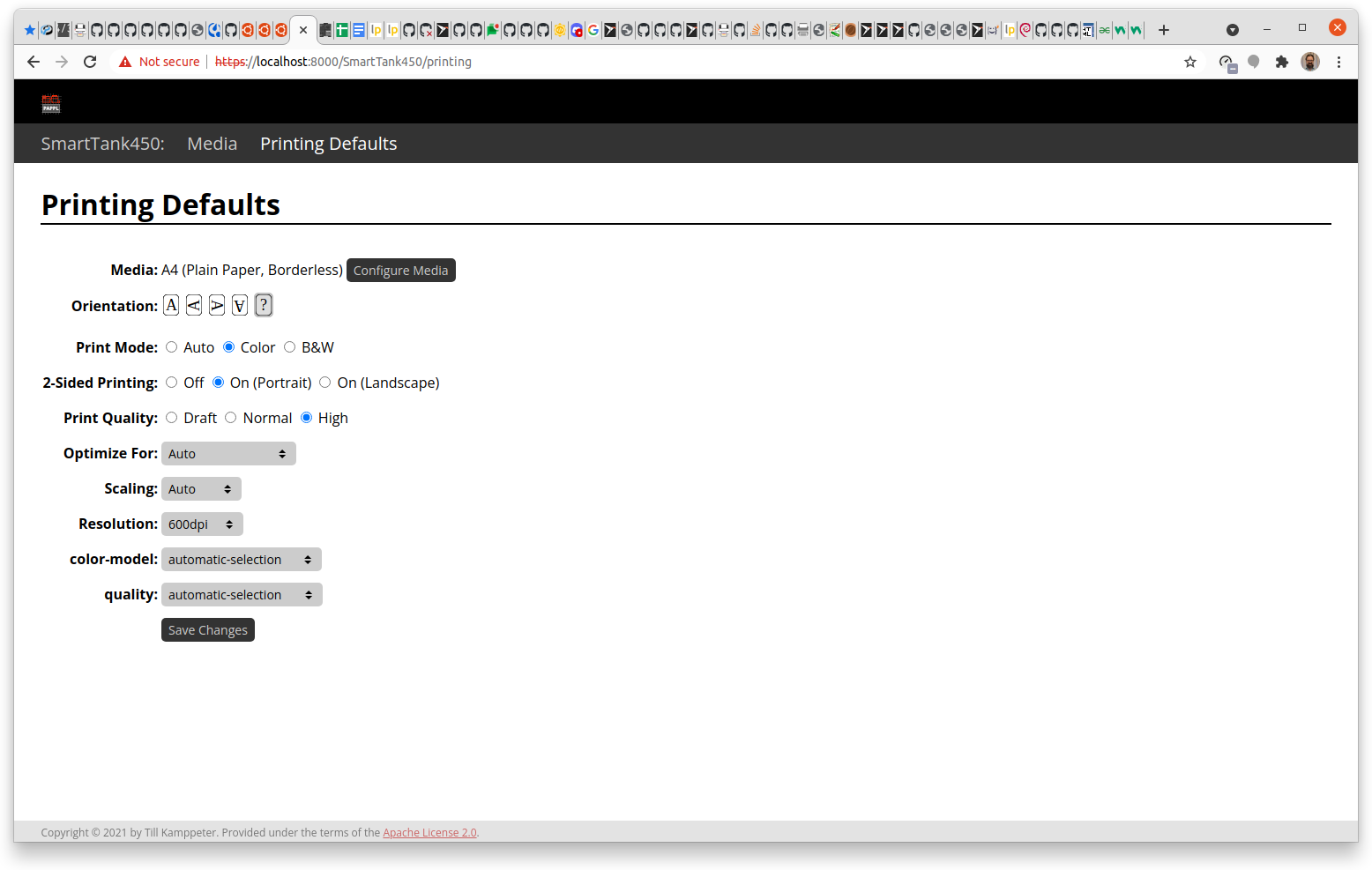 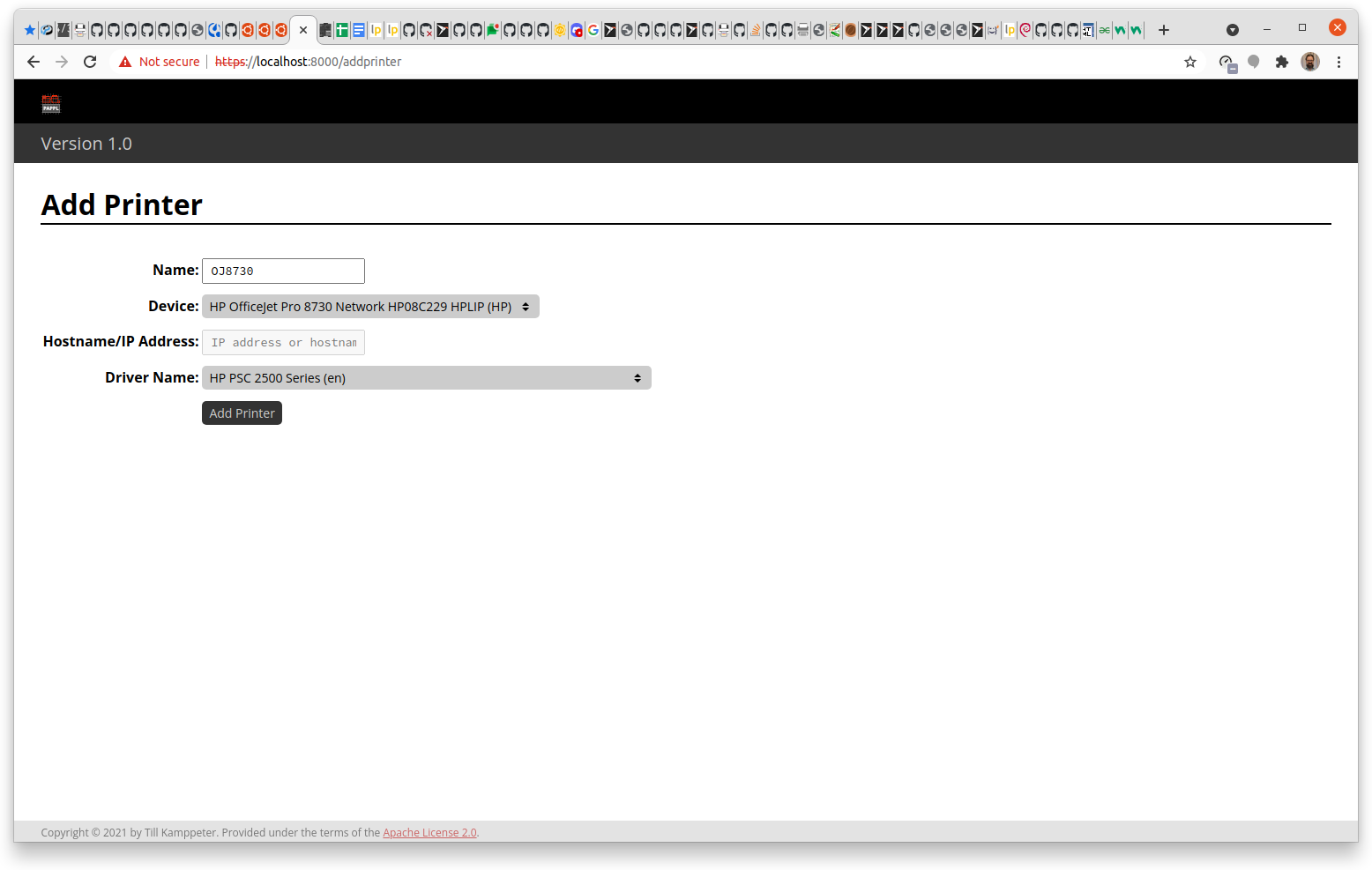 If you want to use an HP printer which is not a modern driverless IPP (AirPrint, Mopria, IPP Everywhere, Wi-Fi Direct Print, prints from smartphones) printer (then you do not need any Printer Application) then this is the right Printer Application for you.

Note that scanning will only get supported in later versions of this Printer Application.

HPLIP already ships for many years with most common Linux distributions (Ubuntu, Debian, Fedora, SUSE, ...) and has made many user's printers work and with this Printer Application these printers will continue to work in environments where only Printer Applications (and no classic printer driver packages) are supported.

When adding printers via the "Add Printer" page of the web interface, they are usually auto-discovered and listed in the "Devices" drop-down list, often more than once. The versions marked with "HPLIP" use a special communication protocol so that you can print and scan simultaneously on a multi-function device whereas the other entries allow bi-directional communication with your printer, which especially allows querying PostScript printers for default settings and for their configuration of optional accessories (extra tray, duplex unit, finishers, ...). So choose the more suitable for your use case.

Where people are using hplip-printer-app

Install hplip-printer-app on your Linux distribution

Is there a problem with hplip-printer-app? Report this app