ps-printer-app is only available on the unstable edge channel. It could break and change often. 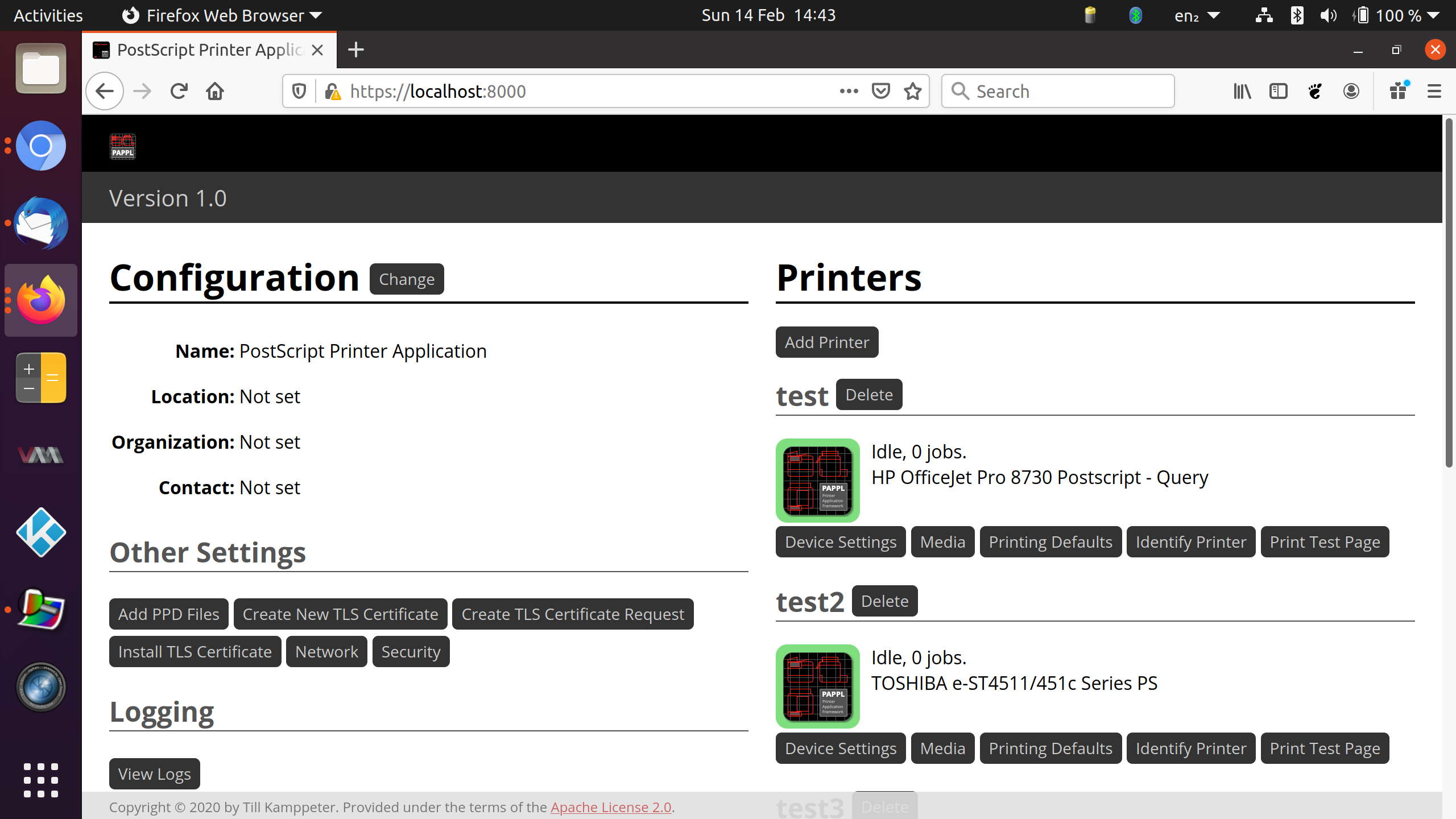 If you want to use a PostScript printer under any Snap-supporting operating system this is the software to use. It already support several thousands of different printer models and if your PostScript printer is not explicitly supported, you can add its PPD file (PostScript Printer Description file, comes with the printer's Windows/Mac/Linux drivers) or resort to generic PostScript support.

Where people are using ps-printer-app

Install ps-printer-app on your Linux distribution

Is there a problem with ps-printer-app? Report this app