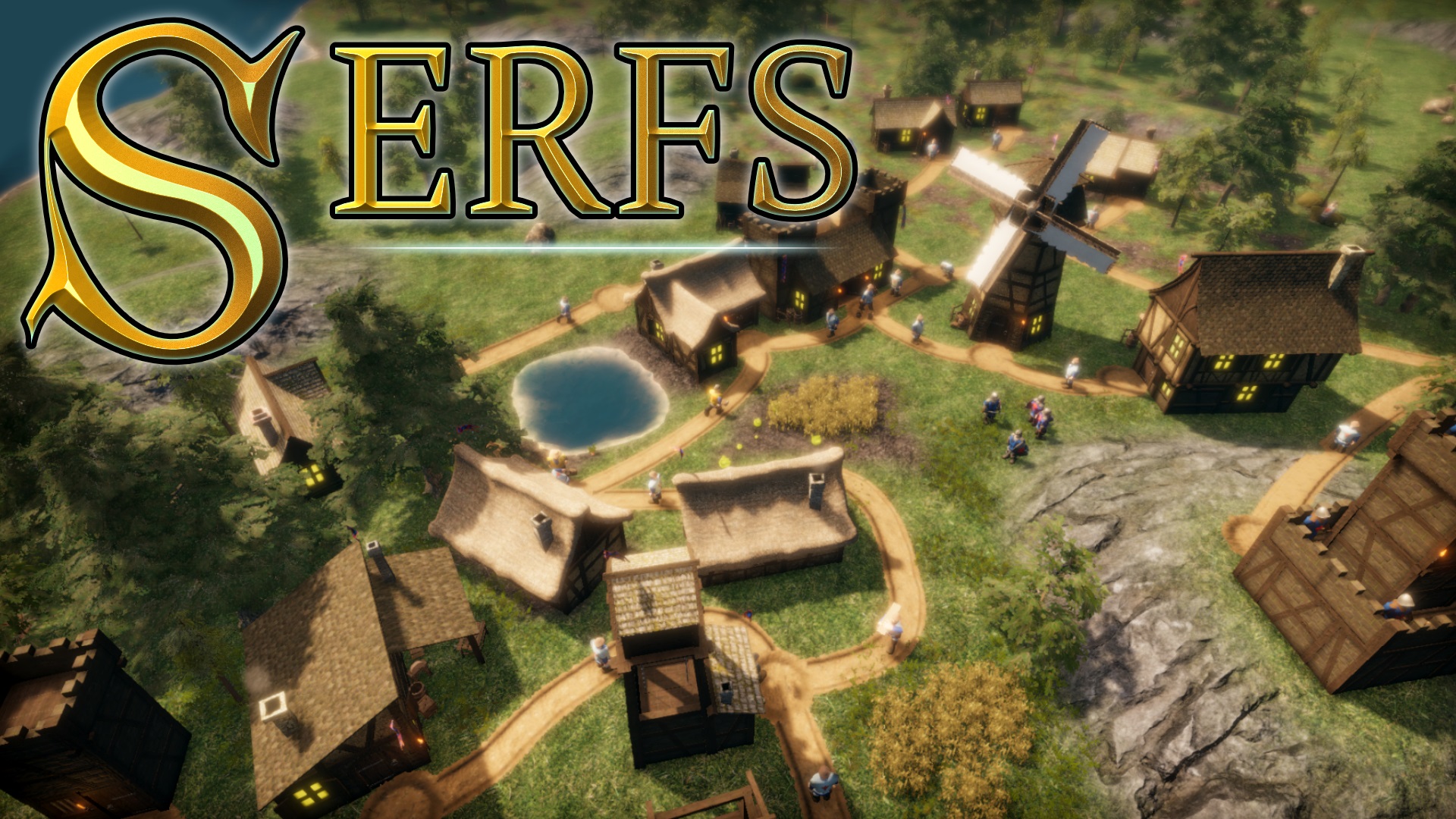 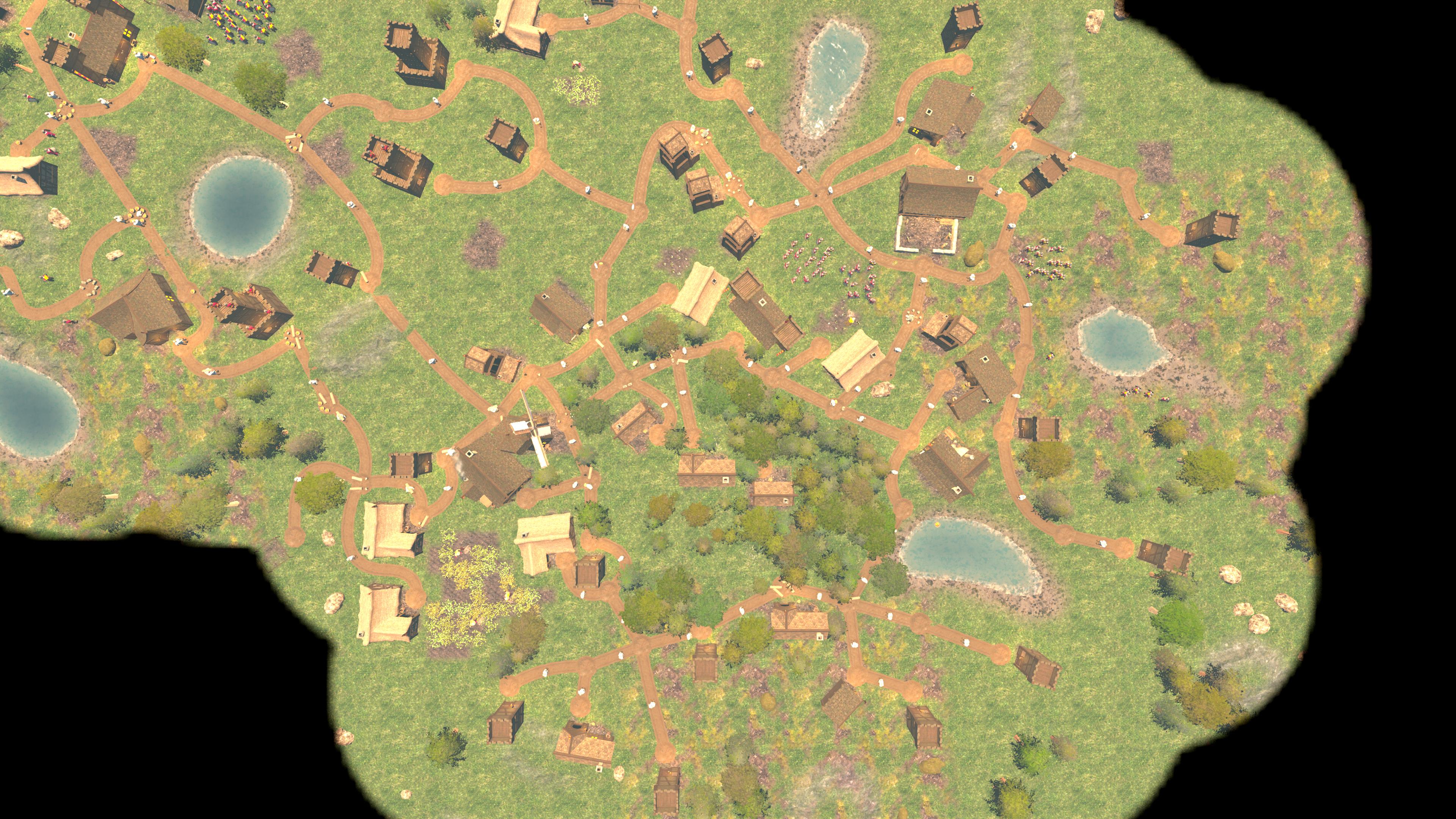 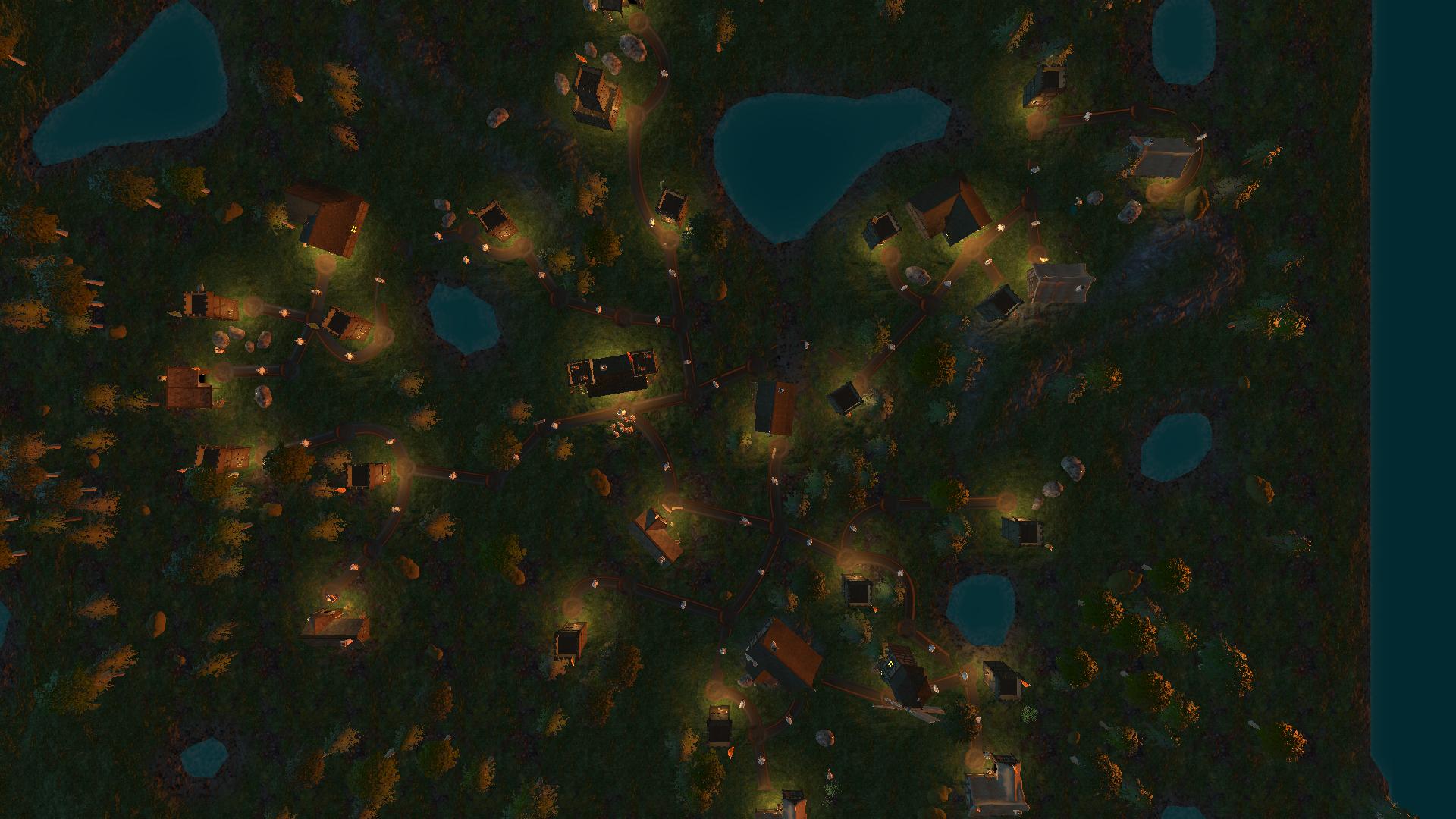 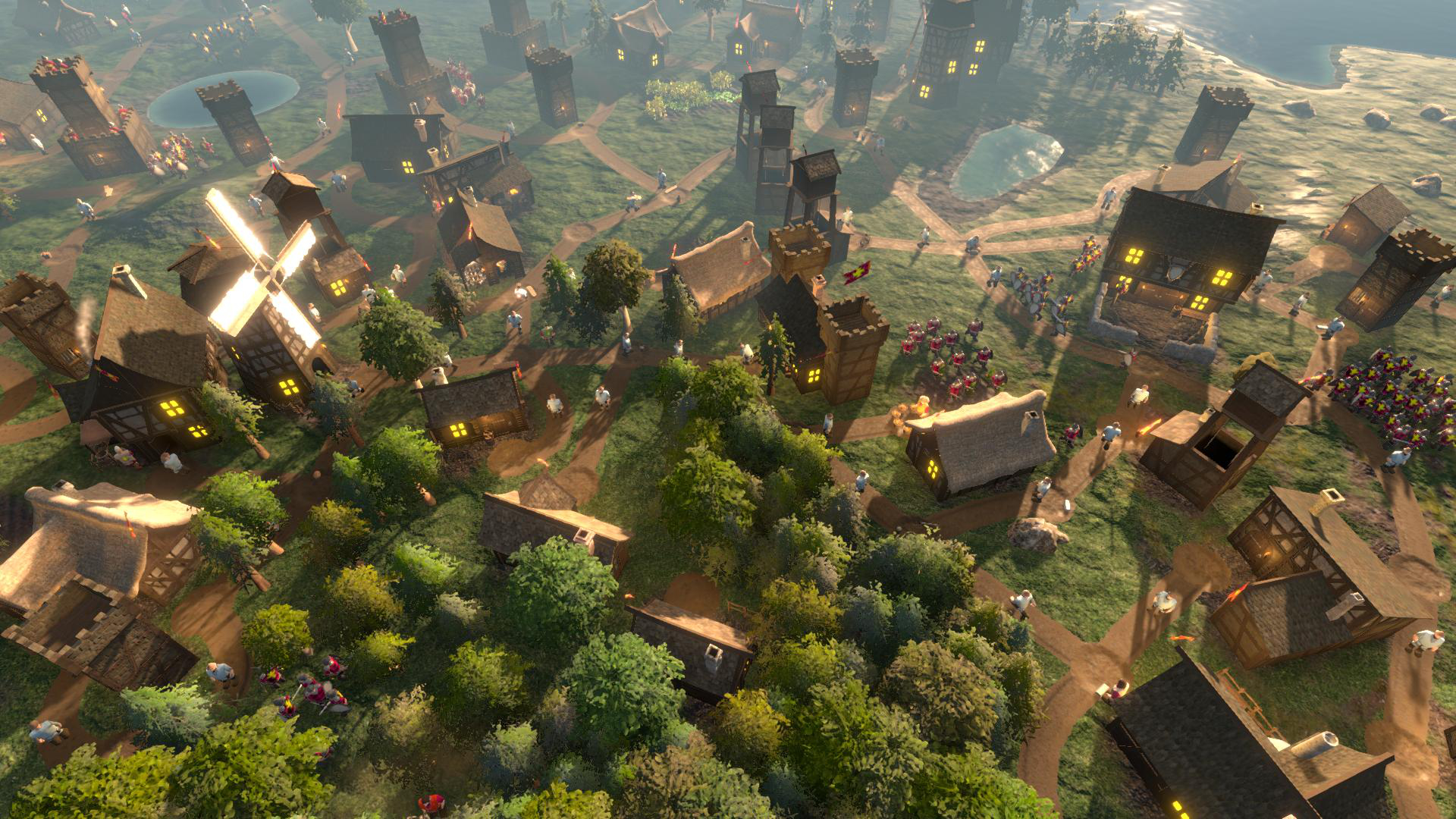 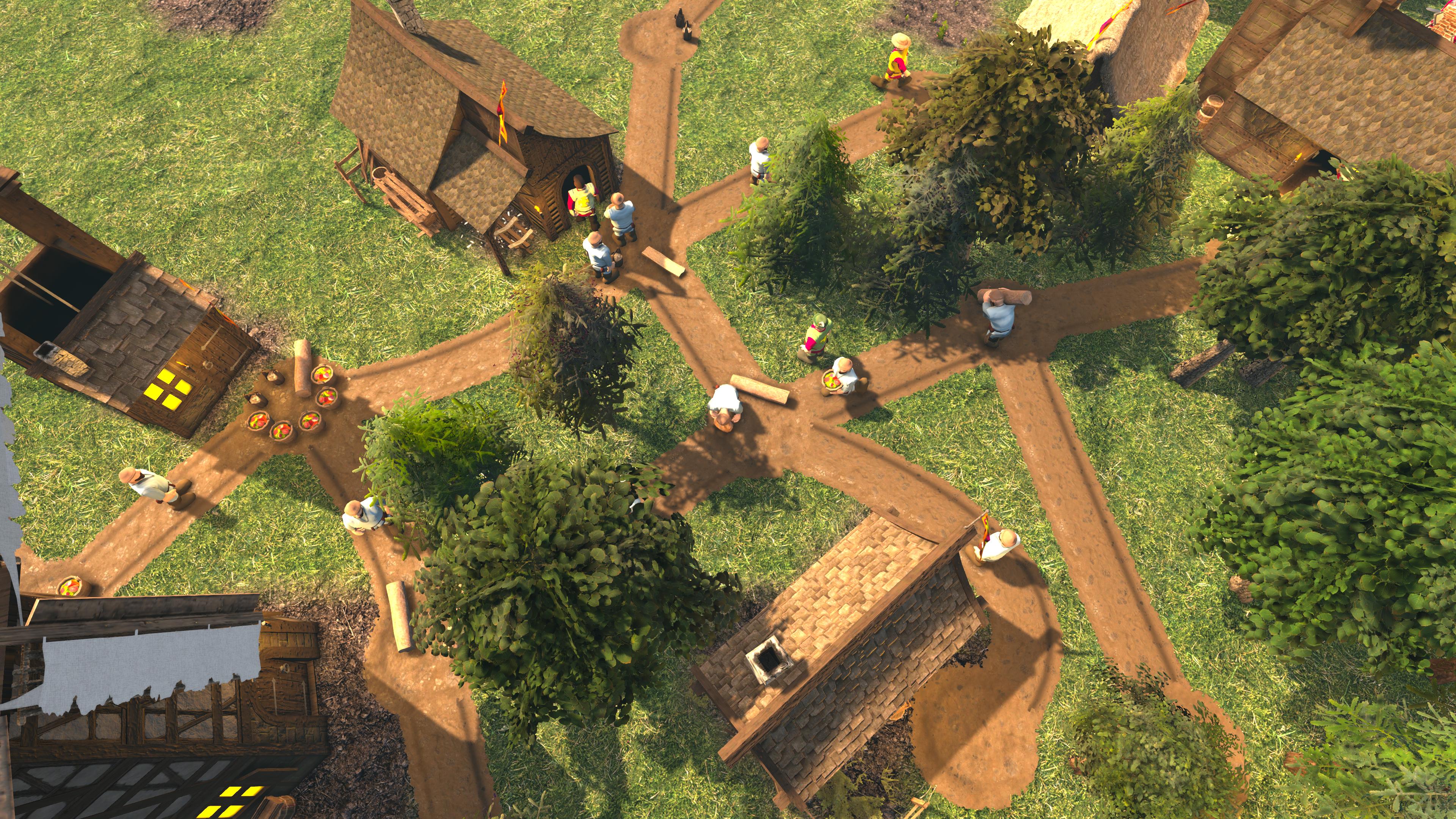 Placing different types of buildings and connecting them with paths is an easy to learn process. But as the empire grows, productions become more complex and require more goods and suddenly, the previously empty paths, start to stall and whole productions have to slow down.

The process of detecting weak points, altering and refactoring certain parts of the empire or even relocating whole productions can become very challenging, but the more satisfying if it succeeds and the small village from the beginning starts to grow into a large optimized empire.

Military units are fully controllable, they can be moved freely, garrison buildings, adjust their behavior, attack and capture enemy buildings. Military buildings expand the empire and require garrison to defend incoming attacks. Military is expensive to produce and requires large productions, it always causes the need to expand the empire. An efficient & large production can be decisive.

Please notice: This game is in alpha state and under development. Not all features are currently fully available. There are possible bugs, glitches and crashes which may break the game experience.

You can download the game for free. At first game start you have to enter an email of your choice and a key. If you want to play the free demo, just cancel the activation process. Now only the tutorial is unlocked.

Where people are using Serfs

Install Serfs on your Linux distribution

Is there a problem with Serfs? Report this app