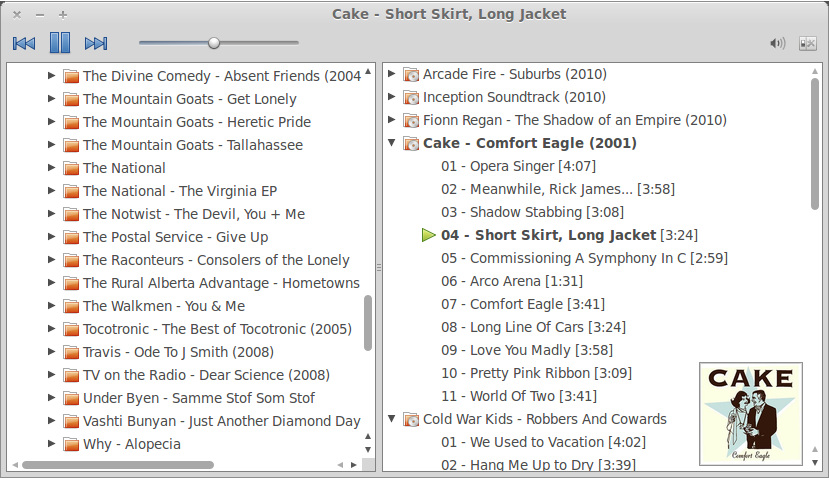 A fast and minimalist audio player for Linux

It groups tracks by album, which uses less space and simplifies rearranging your playlist. Pogo does not organize your tracks in a music library and does not stream or download tracks. Therefore, it is best suited for people who store their tracks by album and want a simple way of playing them. Pogo allows you to quickly search for music on local drives and in the playlist. It also features an equalizer and displays covers and desktop notifications.

Pogo is a fork of Decibel Audio Player and supports most common audio formats. It is written in Python and uses GTK+ and GStreamer.

Where people are using pogo

Install pogo on your Linux distribution

Is there a problem with pogo? Report this app

Private messaging from your desktop.

A sophisticated text editor for code, markup and prose.